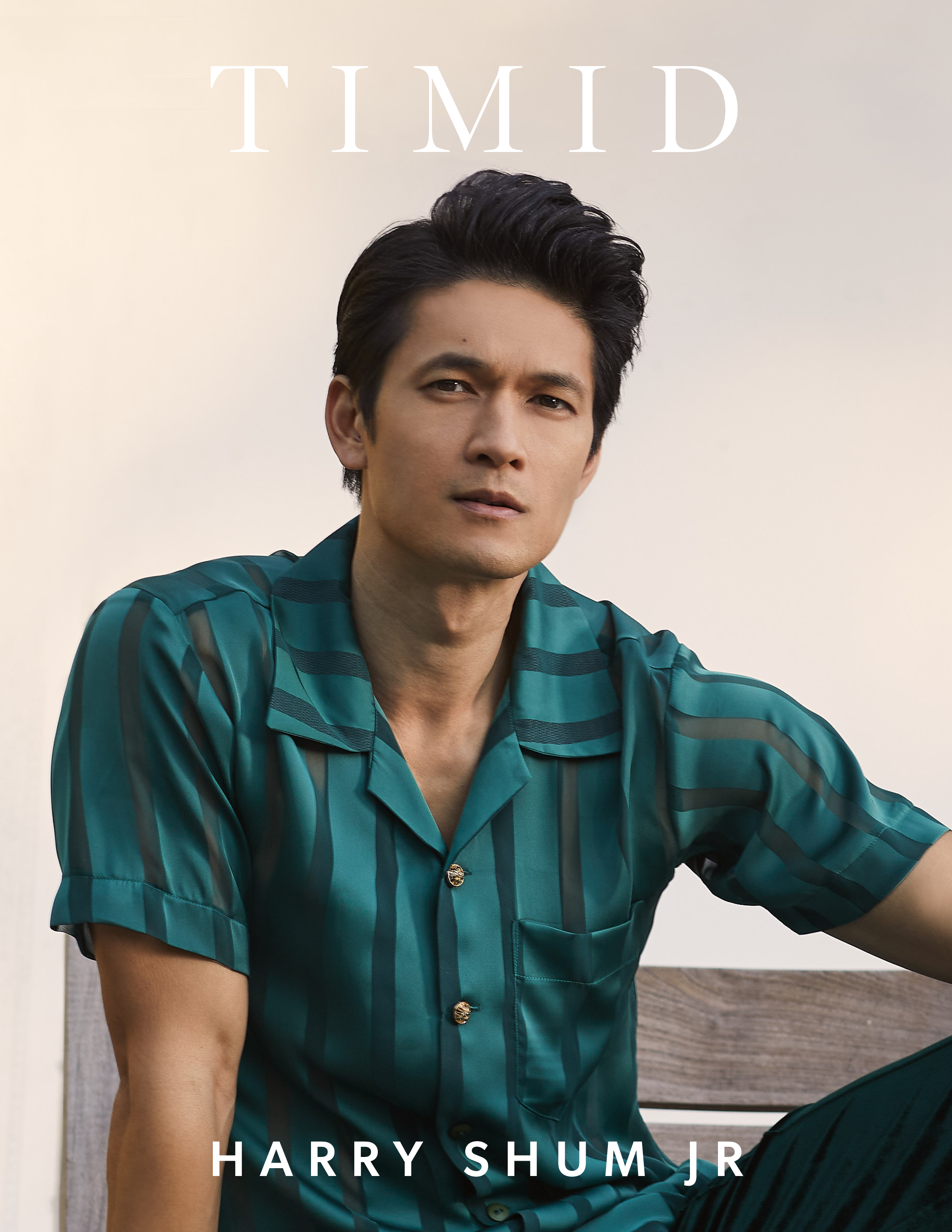 As I watch the sunset in California, I hear a ping that immediately draws my attention back to my screen. I turned in time to see Harry Shum Jr. join our virtual call from Vancouver. Dressed in a plain white tee accented by a colorful abstract painting in the background, Shum greets the Timid team with a huge smile.

Shum's calm confidence and thoughtful candor radiated throughout our conversation. He shares stories about harboring a constant curiosity that has led to meaningful change and purpose in his life. The curiosity that's not only with us individually, but also shared collectively through the stories we tell. As with most stories, Shum's road to stardom has an unexpected beginning.

Before Shum got into acting, he had been dancing since high school. His love for dancing led him to various opportunities, including being a backup dancer for renowned stars such as Beyoncé and Jennifer Lopez. It wasn't until 2009 that Shum made his small screen debut as Mike Chang in the television series Glee (FOX). Since then, Shum continues to build upon his successes with roles in Shadowhunters (Freeform) and Crazy Rich Asian (Warner Bros.). On December 4th, Shum will star opposite Jessica Rothe in the romantic film All My Life (Universal Pictures).

It comes as a surprise that Shum wasn't always the cool, confident, and charismatic person we see on the screen. "Growing up, I was the quiet kid in class who wouldn't raise my hand to answer questions," Shum shares. "Even if I were 100% positive that I was right, I still wouldn't raise my hand because I was timid, shy, or whatever you want to call it."

However, through the arts, Shum learned to embrace this timidness. "The arts have really helped me channel aspects of myself in different ways, whether it's through music, dance, or writing." Shum says thoughtfully, "There's a positive side to being timid. There's a power in silence, and in quiet observance." In a world full of noise, being timid helps us find the right moment to say or do something meaningful. Timidness creates space for quiet confidence, creative experimentation, and purposeful introspection.

When we ask Shum to elaborate on "curiosity" as a parent, he glows as he talks about his daughter and fatherhood. "Oh man, I think it's the best! To watch this little human make choices, respond to her environment, and discover new things." He describes how he is in constant awe as he watches his daughter navigate the world. "Sometimes, I forget to actually play with her because I'll just watch how she interacts with objects and figures things out," Shum laughs. "She eventually does. As humans, we eventually figure it out."

"There is something special when you're a kid," Shum notes. "They don't know what's right or wrong, but they try and find out in a way that's not damaging to anyone or themselves. I think we don't do that enough because we're always afraid to be looked at a certain way." Shum continues, "With parenting, or just with people in general, you're told, 'Oh, this is the right way to do this, and then you find out years later there's another way."

We often tend to fixate on the "right way" or the "wrong way," which can constrain us. We place these limitations on ourselves to be perceived in a certain light. Through these quiet observations of his daughter, Shum alludes to the importance of a steadfast and ever-evolving curiosity to lift the limitations we or society have placed on ourselves. To stay curious and to find out what works best for us. To create and pave our own way. We're not always going to get it right, but we eventually will. In this introspective moment, Shum tells us, "I would say the biggest change for me is I don't really care what people think anymore, as much as I used to. You do what you want to do in hopes that you become a better person. A better-balanced person that can contribute to this world in a meaningful way."

For Shum, he's making these contributions through purposeful storytelling. Stories that act as an energy source to inspire moments of joy or to provoke new perspectives. His upcoming film, All My Life, is based on such a story. The film is inspired by a real-life couple, Solomon Chau and Jennifer Carter. After a chance meeting, Solomon and Jennifer fall in love with each other and become engaged. However, shortly after their engagement, Solomon is diagnosed with terminal cancer.

"I was inspired by Solomon's and Jennifer's story," says Shum. "This beautiful script extends and focuses on their relationship. The little nuances. The way they spoke to each other. The way they treated each other. It wasn't just another Hollywood tale. It's a story of hope, joy, and beauty." All My Life not only provides an intimate exploration of Solomon's and Jennifer's relationship, but also the relationships of those around them as everyone tries to come to terms with Solomon's diagnosis. It's about finding moments of joy and community in the midst of sadness and pain.

"I actually learned a lot from Sol. There would be days where I would feel like I was talking to him in some way," Shum recalls. "There were days where it was very emotional. There's a lot of fear and pain, but there's also joy. The joy of seeing people happy. Sol would try to insert a lot of joy, so the people around him would feel less pain. It's heroic."

When Shum talks about the challenges of filming All My Life, he remembers a moment that left a deep impression on him. "I remember trying to act out a scene in a certain way. For some reason, I couldn't get the words out. It was like this internal fighting. I couldn't do it the way I wanted to do it." Shum pauses for a moment before sharing, "That was a weird experience for me because I'm usually in control of what I do, but something was telling me, 'Don't go down that route. Just be here right now. Here in this moment.'" Shum describes this as more than 'living in the moment.' It's going beyond internal and external perceptions of what that moment could be. It's seeing what's in front of you and trusting yourself. It's reacting truthfully and honestly.

Towards the end of our conversation, we shift to the topic of representation. A topic that resounds deeply with Shum. We notice a shift in tone as Shum expressively speaks about moving beyond performative representation. "I've been called 'Other Asian' for a whole year, but I look back and I don't regret anything that I've ever done," says Shum. "I've done my best and everything within my power to go against stereotypes. Now I'm getting a chance to go behind the camera to give a voice to what you see on screen. Asians are not a monolith. It's important that we amplify voices who are then willing to lift the voices of other people."

Shum acknowledges that representation and diverse stories are critical, but we must ask ourselves who tells these stories to move beyond the performative. There's strength in collective storytelling that paves the way to collective understanding, but it starts with us: our curiosities, our lived experiences, our interactions. "There's a beauty in how cultures interact with each other. That's how Hollywood can be more authentic, Shum tells us.

"Sometimes, we miss out on just being human."

All My Life is currently out in theaters and will be available on-demand starting December 23rd. 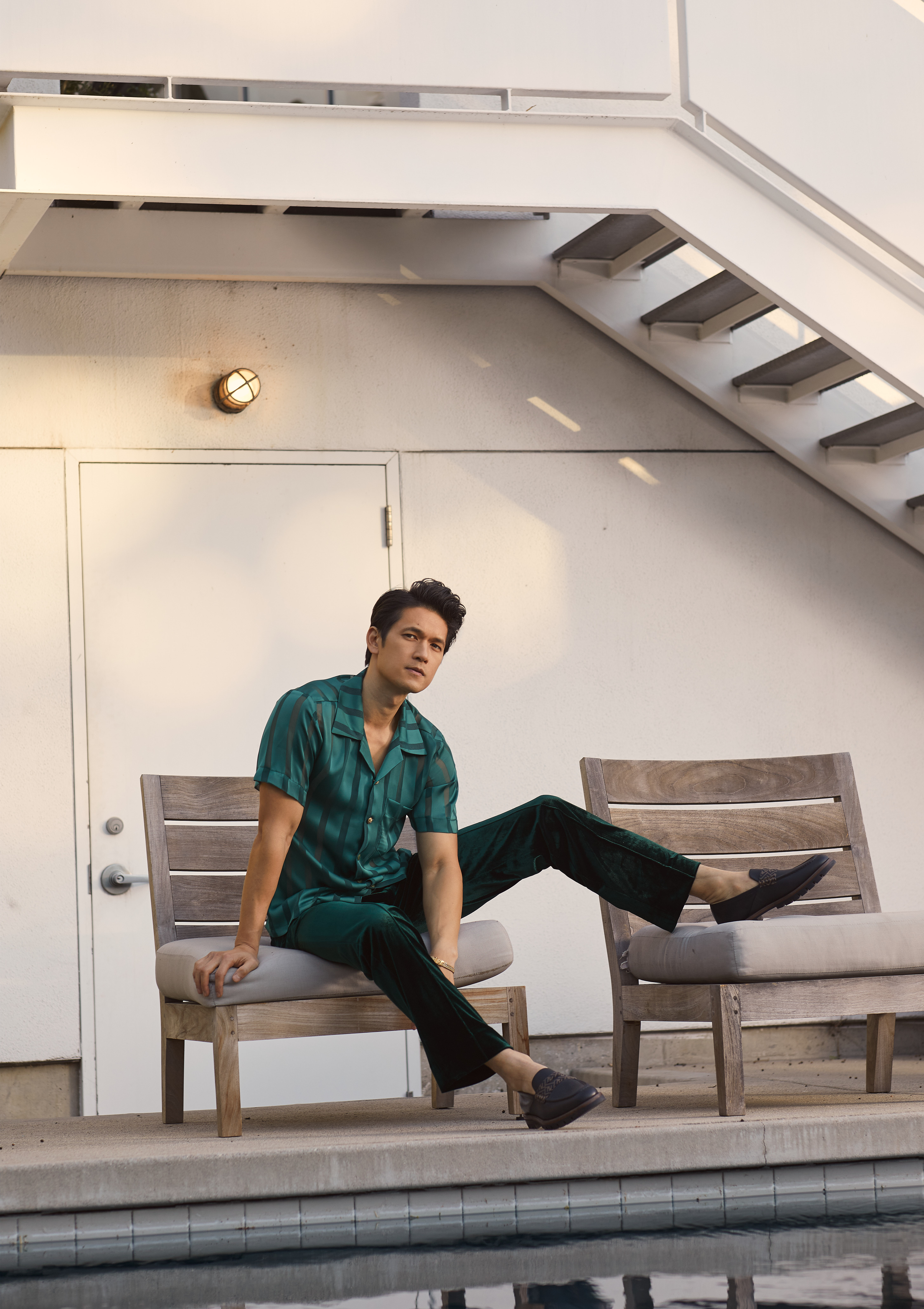 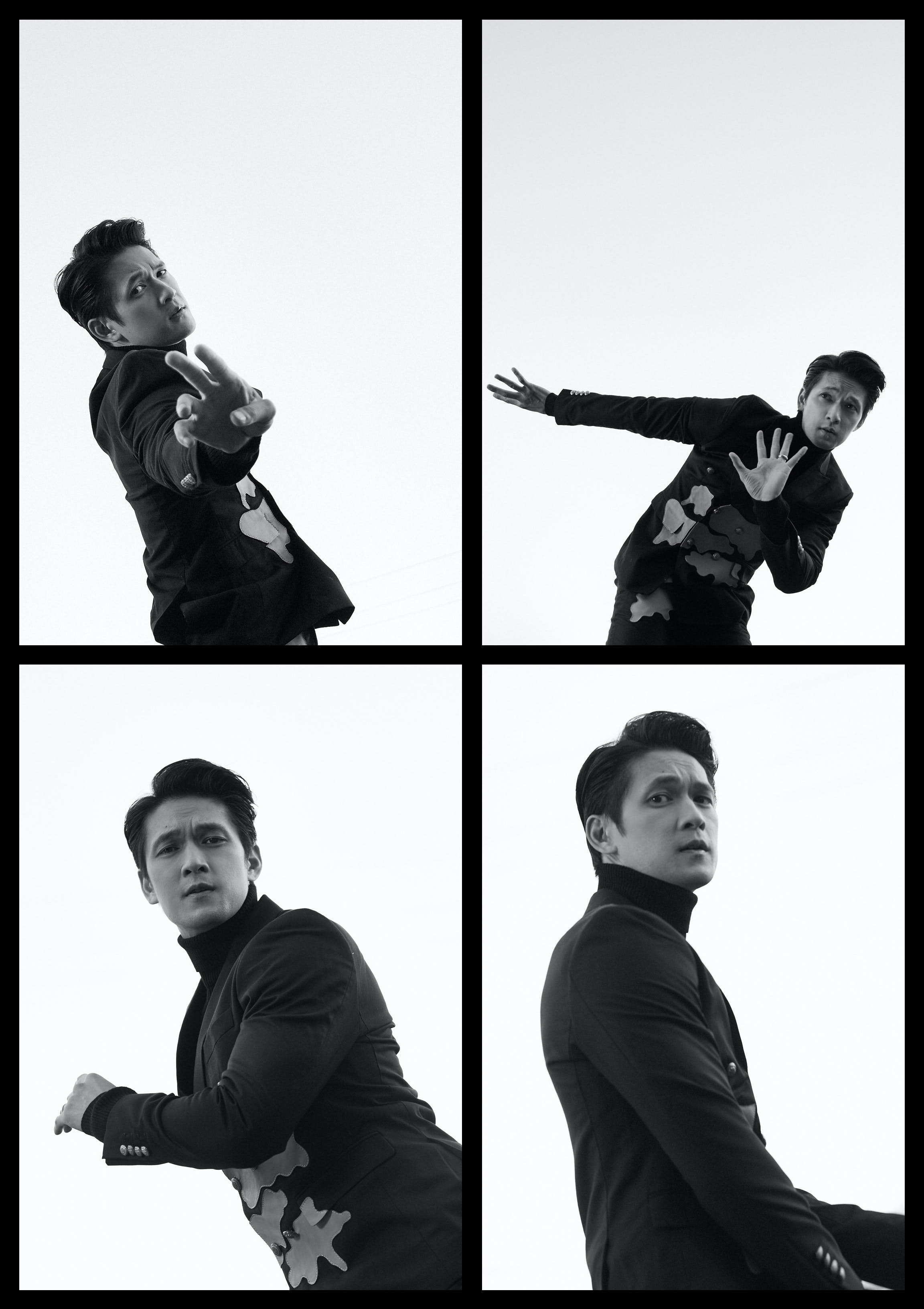 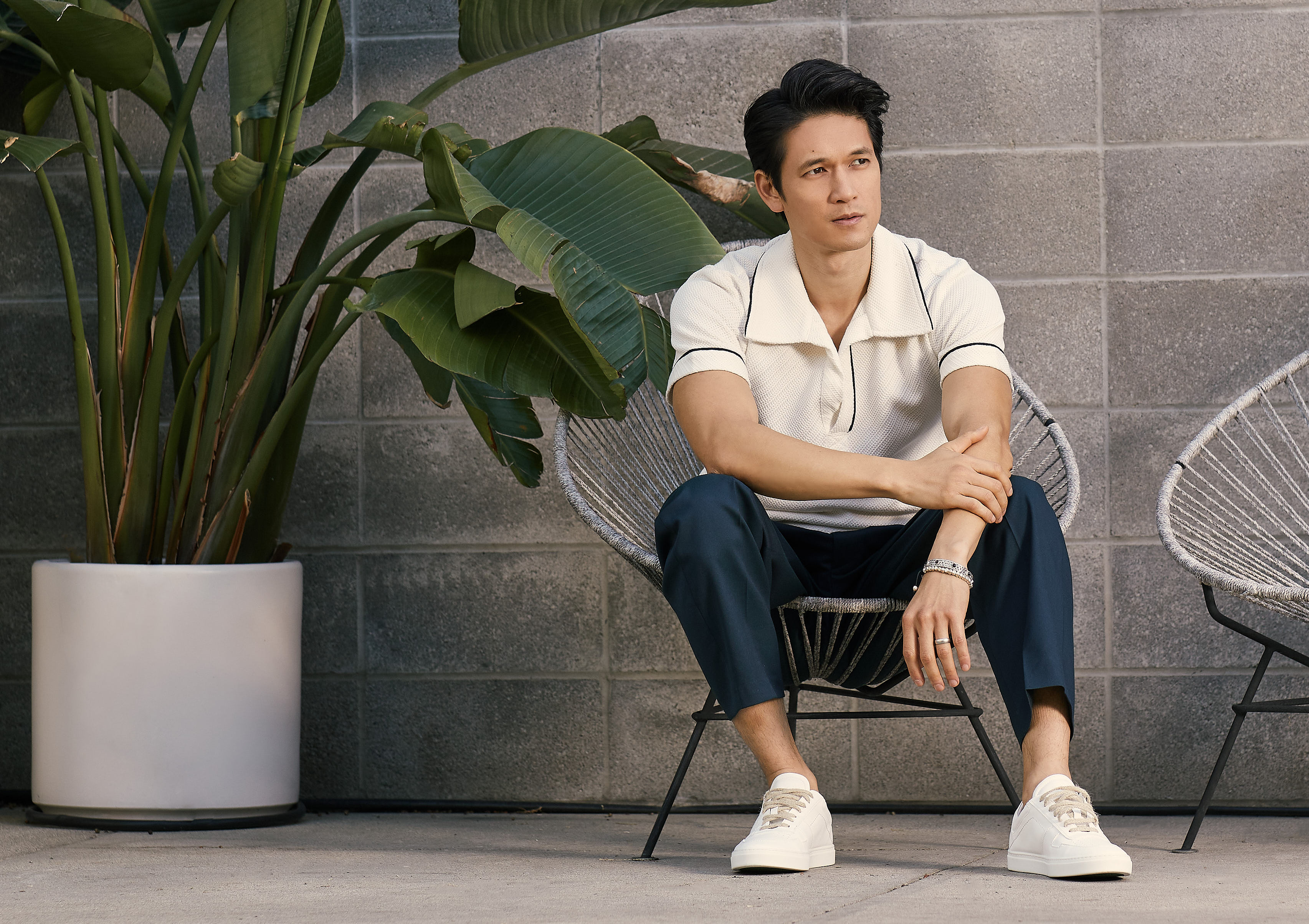 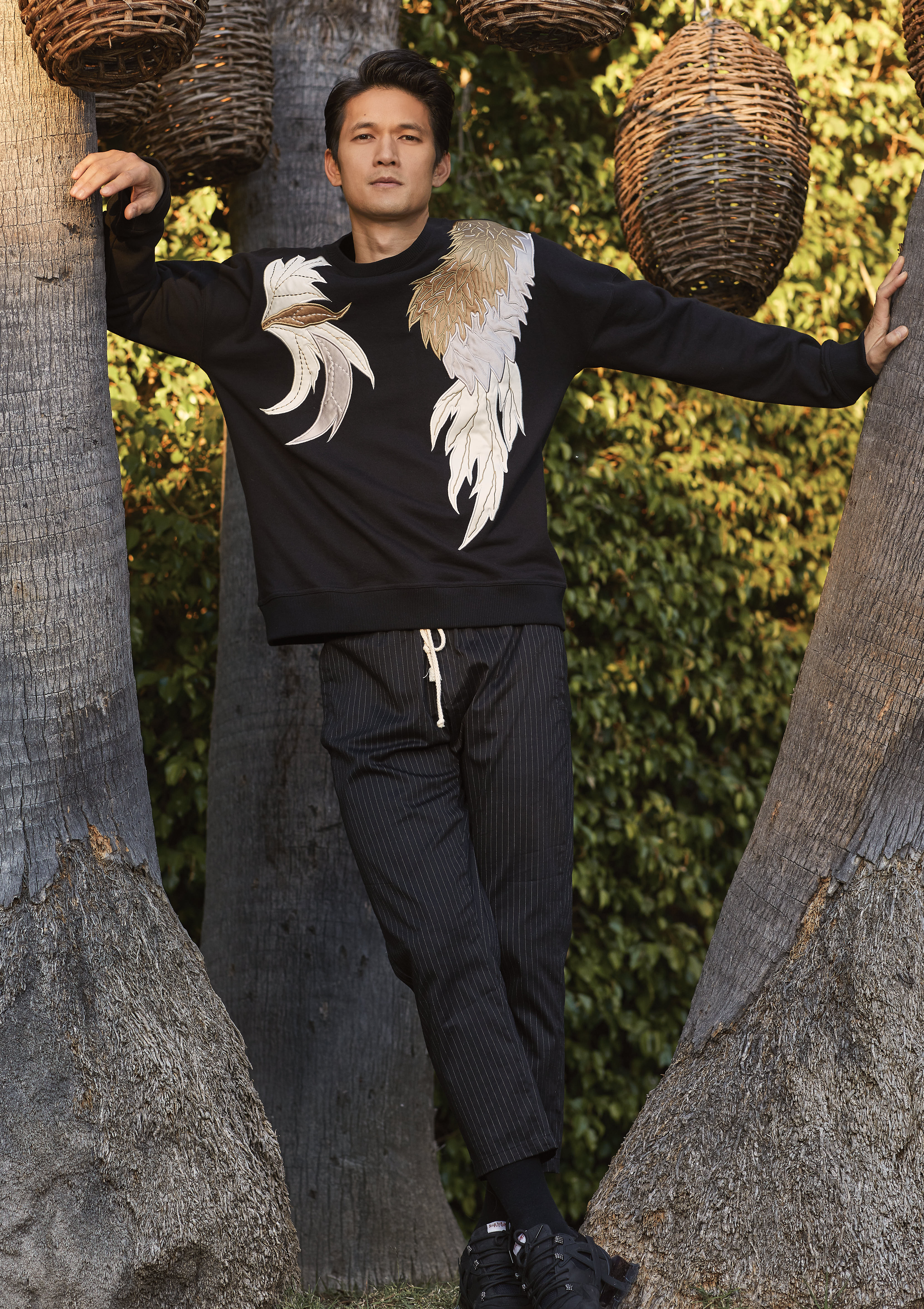 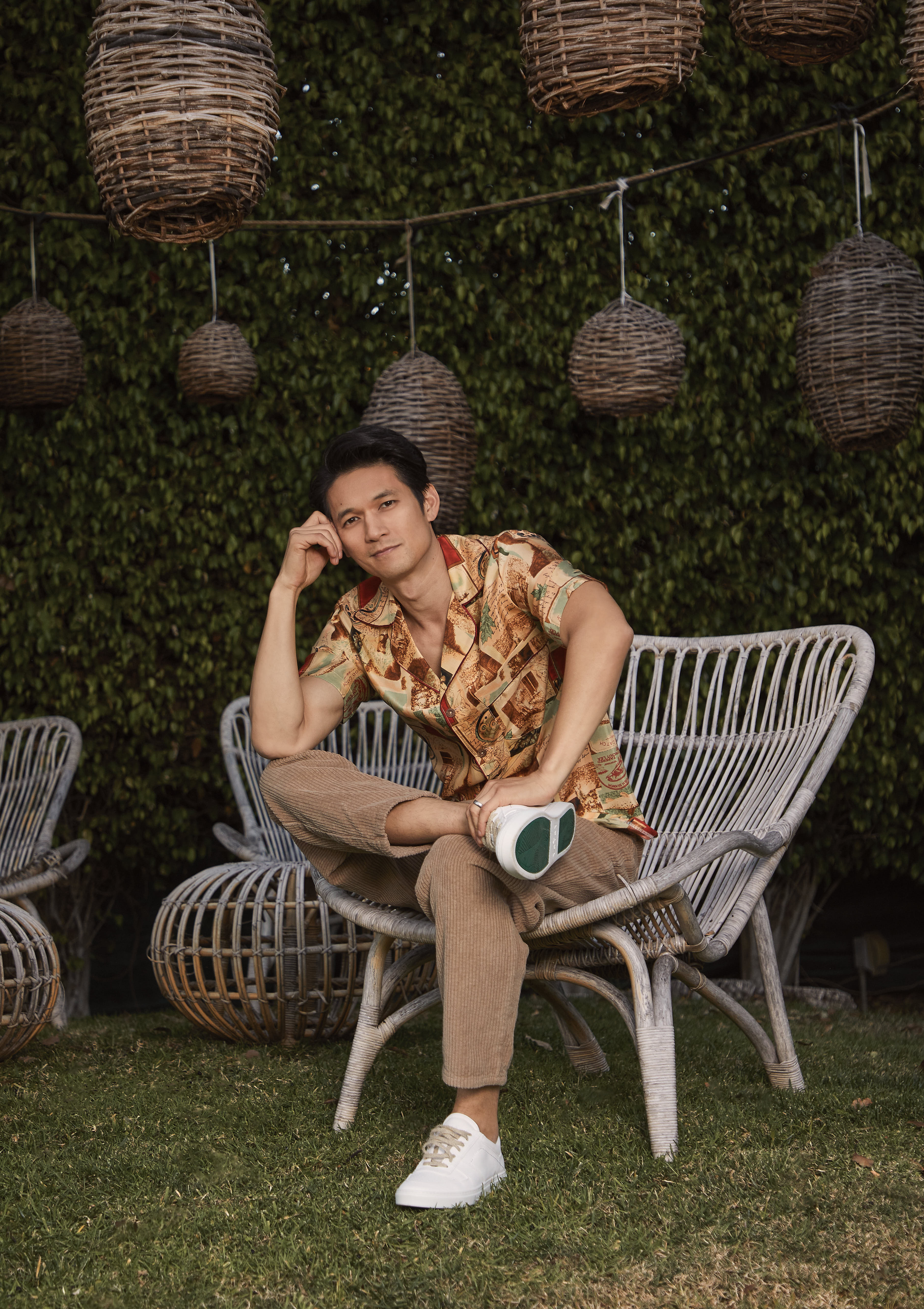 On second chances and vulnerability