It's early Friday morning in Jakarta when Joe Taslim joins the call with a bright, "Hello from Indonesia!" His effervescent personality was a constant throughout our 45-minute conversation. He recounted details about making a career transition, talked about playing Sub-Zero in the highly anticipated Mortal Kombat (2021) film, and shared his goal of being an inspiration for the next generation. Through his stories, Taslim embodied the notion of embracing changes and turning them into opportunities for self-actualization and growth. He has an uncanny ability to reframe just about anything to insightful learnings and life lessons.

Taslim was born and raised in Indonesia. For 12 years, he was a national judo athlete. However, there was always a part of him that loved acting. "I did judo for my family and country, but ever since I was a kid, I wanted to be an actor," Taslim shares. When he retired from judo, Taslim didn't realize that transitioning from an athlete to an actor would be one of the biggest challenges of his life. He described going to auditions for five years and having doors constantly closed on him. He would often hear, "you're a fighter, not an actor." Yet Taslim's fighting mentality and endurance made him a contender. He didn't see rejections as losses but as openings for success.

"This profession is like art. If you love art, whether it's a $200 million movie or a small indie movie, you still enjoy being a part of it. It's not how big the swimming pool is; it's how you swim in it." He pauses for a bit, laughs, and apologizes for the swimming analogy. However, I found this analogy quite fitting. It encapsulates how Taslim approaches challenges and changes - with an open mind and heart. By reframing his mindset, he saw hurdles as avenues of growth.

For Taslim, martial arts remained an essential part of who he is, especially as an actor. "Martial arts has influenced my acting a lot, not in terms of technique, but more philosophically," Taslim explains. "There's a lot of respect and love. This is why before each match, martial artists bow to each other." Acting is no different. On set, Taslim respects everyone. It's his guiding principle that has helped him become a successful actor.

"When I respect and give energy to the people around me and they give me the same energy back, it helps my performance," Taslim says.

He then describes himself as a sensitive person who's attuned not only to his emotions but the emotions around him. "To have a great working environment, I need to open myself first, and this starts with respecting people. I need to give those around me love because I channel love through my performances." As with martial arts, there is mutual respect in acting. One can even argue mutual love for one another. "Love" in the sense of appreciation. It's an exchange of energy that empowers us to grow with those around us.

That energy radiated throughout the Mortal Kombat set, allowing Taslim to truly channel Sub-Zero. When I asked him about his reasons for playing Sub-Zero, Taslim shared an unexpected cause. While he was on a call, his agent asked him about which character he would prefer portraying. At this time, his son was playing in the living room, so Taslim asked his son, "Hey, hey! Which character do you think fits me more in Mortal Kombat? His son instantly replied, "You're Sub-Zero!"

Taslim chuckles and explains that his son is 10-years-old and has previously asked him for permission to play Mortal Kombat. However, because of the graphic violence in the game, he told his son no. Despite being denied, Taslim recounts, "behind my back, my son watches a lot of YouTube videos, and when you tell kids' no,' they become eager to find out why. So, after watching Mortal Kombat videos, he told me, 'Sub-Zero is the coolest, and I think you're cool, so you should play the coolest one.'" 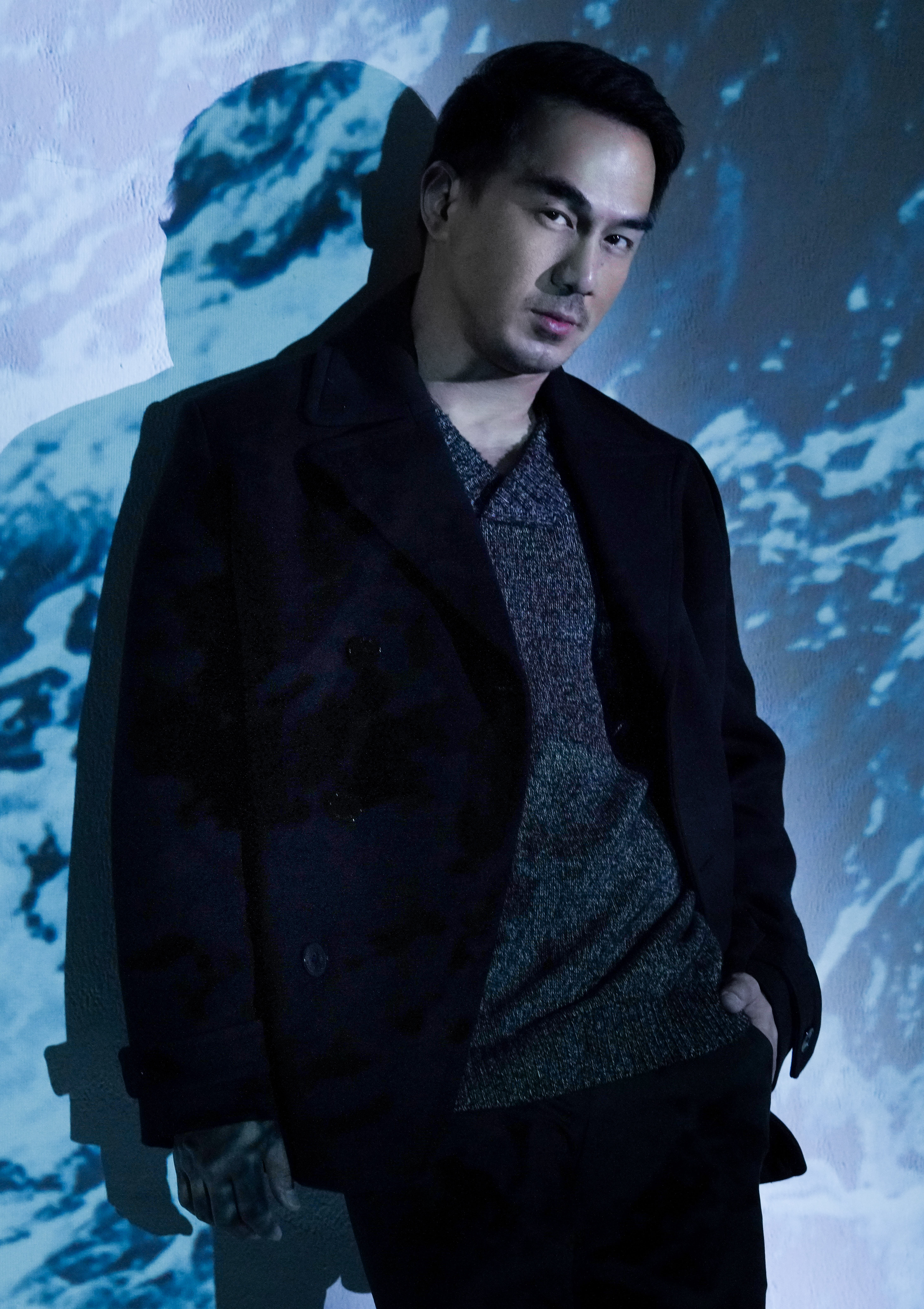 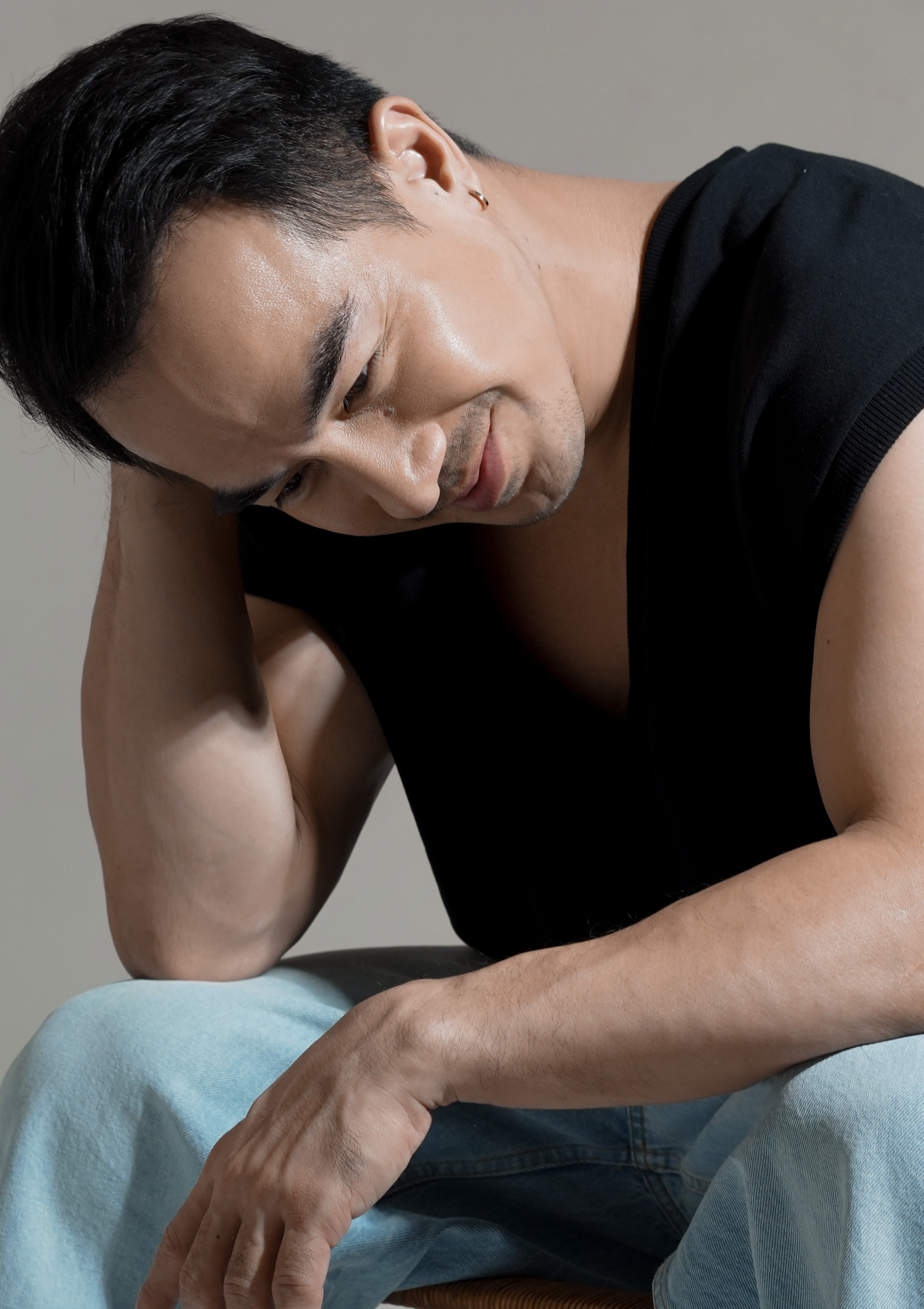 This is delightfully ironic because, as a child, Taslim played the Mortal Kombat game on the Sega console. "Back then, my friends and I would only play Sub-Zero or Scorpion because they had catchy skills and were cool," Taslim recalls. "So if my friend played Sub-Zero, then I had to play Scorpion. "The rivalry started at a very young age," he jokes.

When acting Taslim embodies his characters, but for Sub-Zero, he considers it one of his most interesting roles to date. It was on a different level of embodiment. Taslim meticulously describes researching the Mortal Kombat Universe.

This is the complexity of what Taslim wanted to capture through his acting. He opens up about one of the most memorable but difficult days on set. "There was one scene where I emotionally broke down. I went too deep. When I fully embody a character, there's a thin line that I could pass. On that day, I just happened to pass that line." The call goes quiet momentarily before Tasim shares, "When that happened, I felt so much love and support from the set. At the same time, I realized as an actor, I gave everything, and I'm happy with that."

He then adds, "No spoilers! But when you watch the movie, you will know which scene."

When we shift to the topic of "representation," I share with Taslim that Mortal Kombat is being recognized for its diverse casting. He agrees and describes the cast as unreal. "Usually, when I work in Hollywood productions, sometimes I feel like a guest because I'm the only Asian or one of a few. So, it was just overwhelming being on the Mortal Kombat set. He jokingly adds, "I may have danced or partied a little."

When Taslim shared how he felt on different sets, I can't help but think of how Asian-Americans are often treated as perpetual foreigners in our own country. It's being constantly seen as a guest, invited but never truly embraced. However, as Taslim alludes to, it's finding those moments of celebration. It’s acknowledging the small wins. This is especially true when it comes to representation in Hollywood. 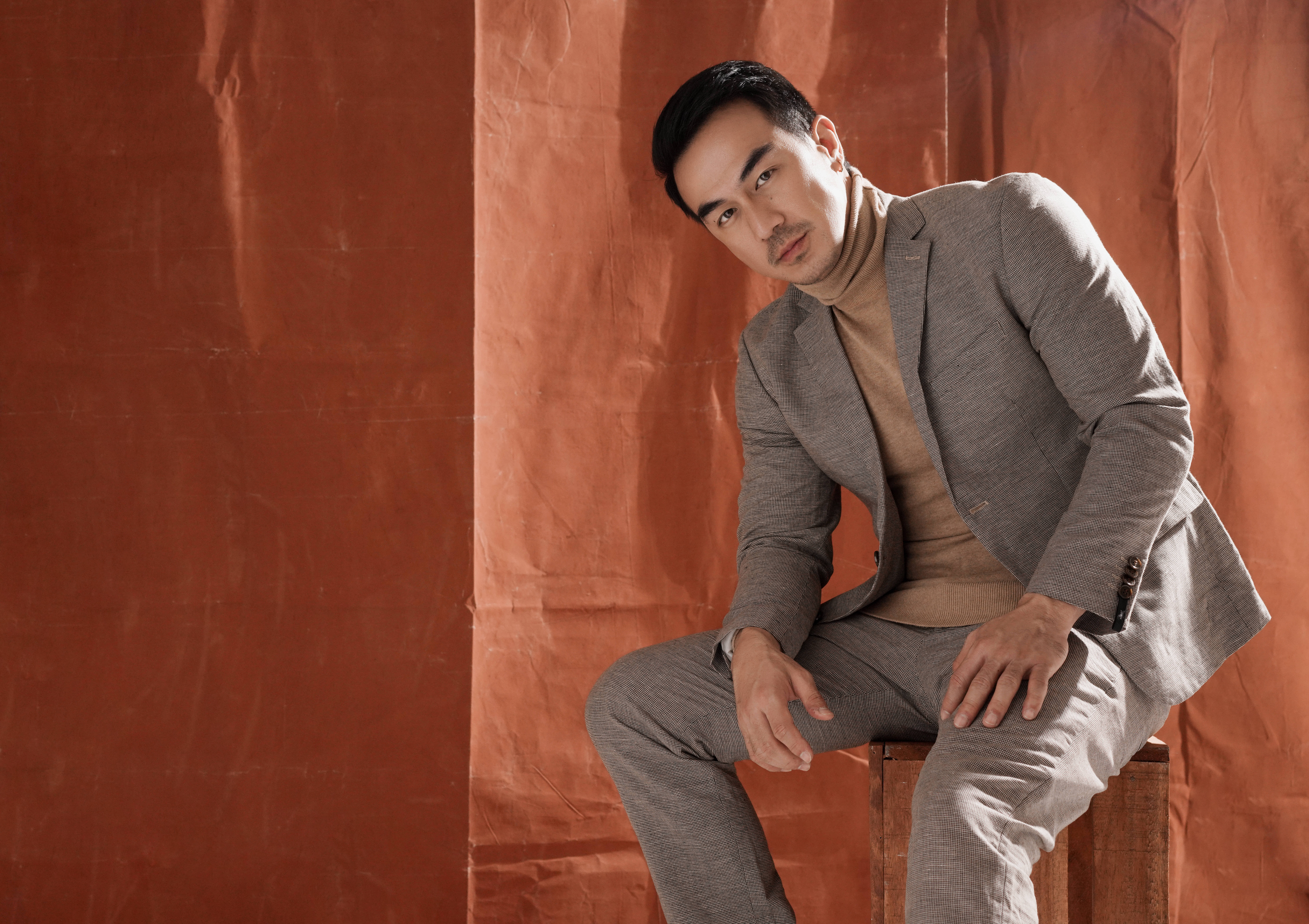 When I asked him, "What does ‘representation’ mean to you?" Taslim responds without hesitation, "For me, it's very simple because it's based on my story and experiences. It's why I wanted to become an actor. When I was a kid, my family and I went to the cinema about twice a week. I remember seeing Bruce Lee movies or even the 21 Jump Street series. In 21 Jump Street, I saw Dustin Nguyen, and he looked like me."

Taslim not only saw another Southeast Asian on screen, but also saw himself in the spotlight. This expanded his notion of what was possible. "When I saw Dustin, I wanted to be an actor. I want to show all Asians, especially Southeast Asians, and more specifically Indonesians that they could be actors."

"When we don't see ourselves represented. We think that maybe we're not good enough; maybe they didn't choose us because we're unskilled; maybe we don't deserve to be in the spotlight. When you see someone that looks like you, you feel like you belong - you're a part of the club, a part of the party. I want to continue that and be an inspiration to the younger generation."

Mortal Kombat is currently available to stream on HBO Max. 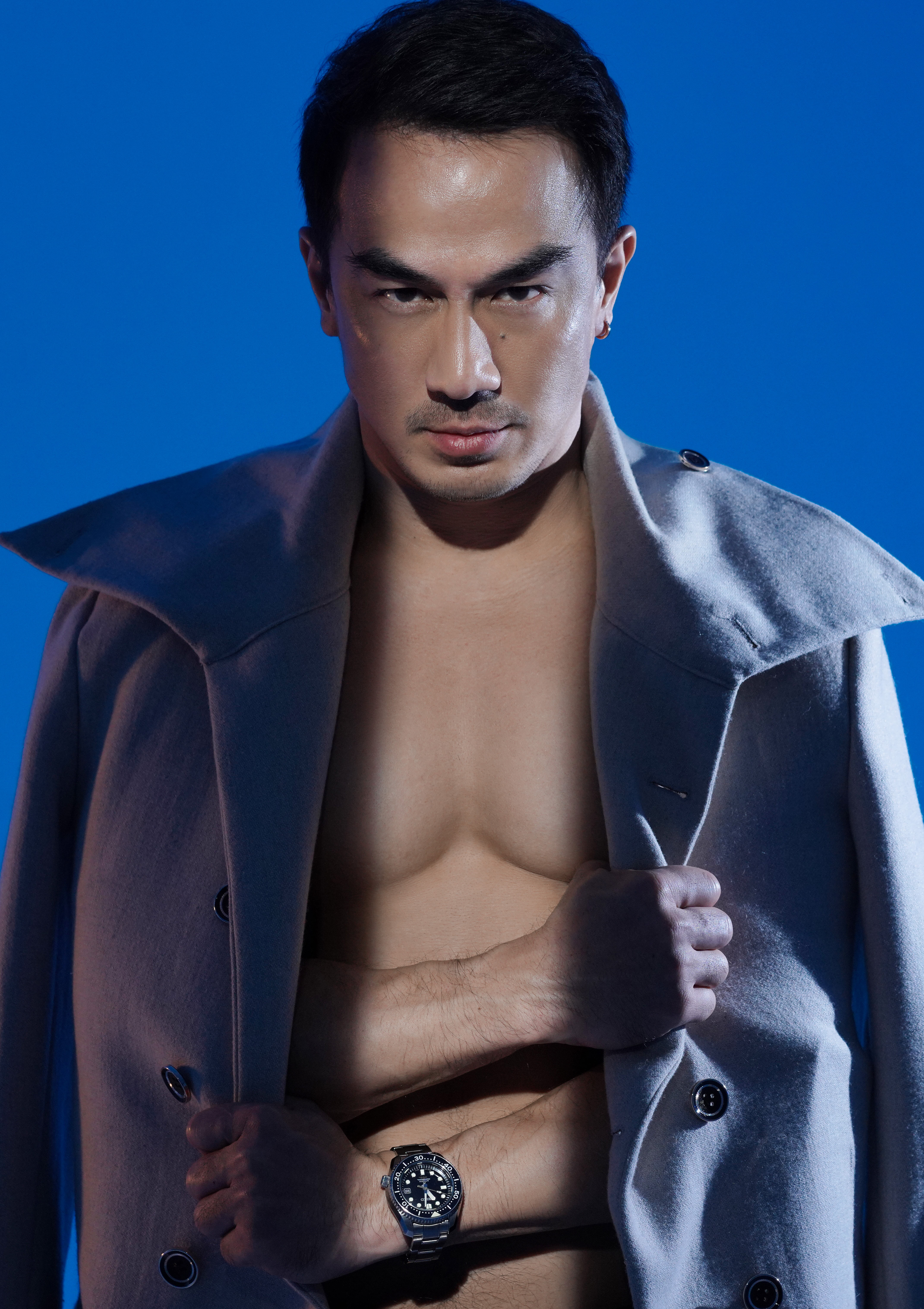 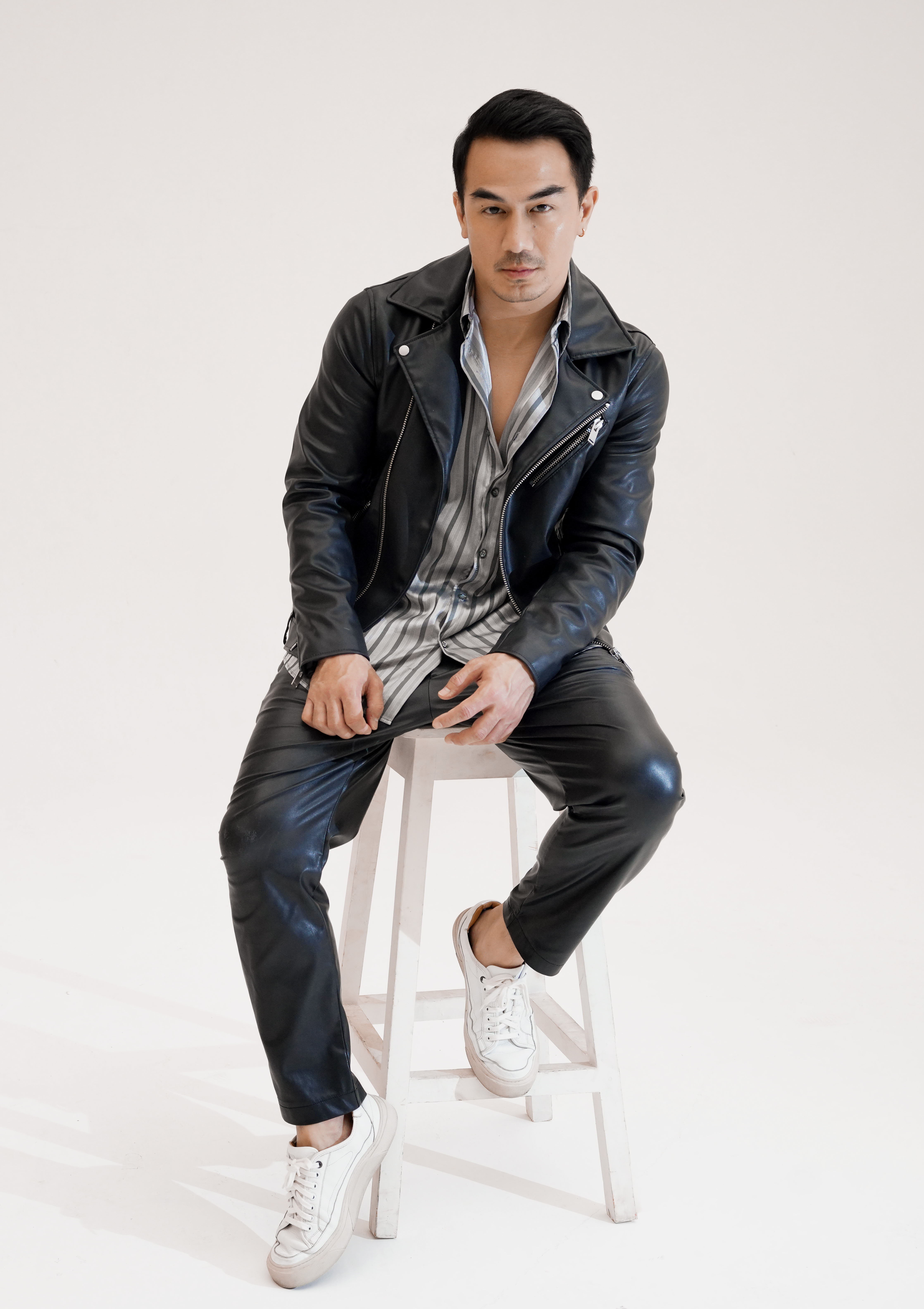