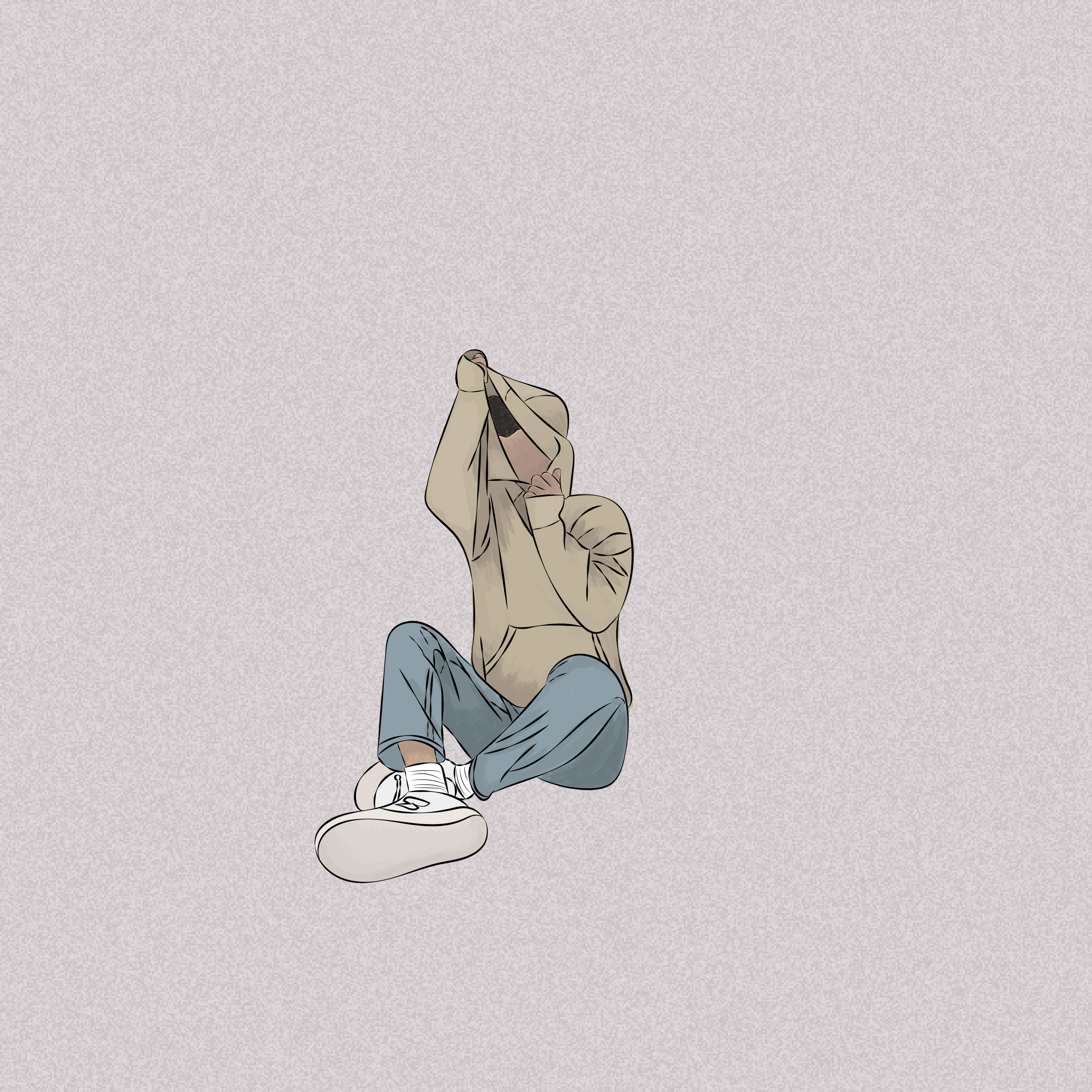 Love Doesn't Come with a Terms and Condition Page

A personal piece about self-love and acceptance

Progress is a fundamental part of change. It comes with time and is often slow. It is unassuming but worth the wait. A caterpillar waits to become a butterfly, living most of its life as something that crawls on the ground, something people don't often notice - and when they do, they do not compliment it. When they do notice the creature, it's usually to get rid of it. It is only when it becomes a butterfly that people see its beauty and stop to compliment it.

This metamorphosis is very much like that of progress. People will not notice it, and many who do will criticise it. It is only when the transformation is complete that they acknowledge the struggle and the beauty of change. Changes are terrifying because one can never be sure if it's for better or worse. This fear often stops people from taking the next step — the fear of the unknown. However, in life, most things are unknown. If change is inevitable, why not embrace and enjoy it. Fear and hatred can prevent you from seeing the bigger picture. Like a caterpillar's transformation, wouldn't you wait for it to change into a beautiful butterfly? Wouldn't you strive for change to see your world become more beautiful? For me, this started with self-love and an open mind.

My family moved around a lot when I was growing up. We never stayed in one place for more than two years, and the only constants I had in my life during that time were my parents and my sister. They were always there for me. As a child, I surrounded myself with their words and beliefs.

When I was nine, we moved to the UK, where we lived for five years. Here, I discovered the queer community, and eventually, it blossomed into my own identity. At first, the idea of being gay was unnatural to me because that's what my religion and family had taught me. I tried to distance myself from this so-called "Western lifestyle" because I believed that nobody was like this in India.

Around my friends, I would join in on anti-gay jokes even if I didn't understand them. One day, we were laughing and making jokes when a friend interrupted and said, "but what's wrong with being gay?" I was quiet for a few minutes while I processed what she had asked. I did not have an answer for her, and that question lingered in my head. Eventually, I did what most teenagers do when they need answers - I googled it.

I read article after article and post after post, consuming stories that were initially hidden from me. Stories that resonated with me. I was shocked that these narratives existed.

My deep dive into the internet made me question everything around me. Why was I never told? Why did I think that being gay was wrong? It sounds so dramatic now, but at the time, it was as if my world had shifted an inch to the left, and I was struggling to keep my balance. Things that previously existed in little boxes inside my head were suddenly freed from their confines, and I wondered: what other misconceptions did I have? Suddenly I was unsure of my place in this world. I had been repressing all these feelings, and it took realizing that to come to terms with my identity.

My family moved to India after our time in the UK. During the time, it was still illegal to be gay in India, so even though I had realized that I was queer, I could not say it out loud. I couldn't tell my friends or my family. I couldn't celebrate my identity because I couldn't even be queer. With so much stacked against me, I tried to stick to the positive. I focused on my studies and reminded myself to be grateful that my family provided me with the best education possible, a privilege most of the people in India don't have.

At my new all-girls school, there was an openly bisexual senior. Every day, people made fun of her and called her names. Again, I kept my mouth shut and sometimes reluctantly nodded along to their bullying. I kept quiet because I realized that I also might have had a crush on another girl. I thought that if I defended her, people might find out about this "girl-crush," which I considered a phase at the time. Besides, I had school to worry about. I had to study and get good grades and make sure that my education didn't go to waste. So I hid my conflicting emotions.

Despite this, it still irritated me that people believed being gay or bisexual was wrong, and gradually, I gained courage. I started to speak up about being queer. I championed love is love, more and more. This was not a phase. I never came out, but I think everyone knew. It was an agreed-upon fact that SK might be gay.

It was actually a year later, during a game of truth or dare, that I disclosed my pansexuality. I didn't think people would care; it had been so obvious for so long. What difference would it make? But it did matter because as soon as I said it, they looked at me with such disgust that I ran to the bathroom and cried. They avoided me, somehow fearing that my queerness was contagious.

However, I didn't change. I was still nice to them. I was still the same sarcastic yet friendly dorm-mate. Eventually, they accepted me, but for a while, I was tossed into depression. Why did these comments matter? Why did those initial days of disgust follow me?

I tried to focus on school and not on these days filled with unhappiness that would loom over me. Everyone has terrible days, but for me, they were constant. Recently, I came out as non-binary and received many hateful comments. This cycle continued, and I broke down. I tried to reason with people that I was still a dutiful child. My talent or my work ethic doesn't go away with this. I am still me.

I know it is tough being different, not following the norm, but I can no longer put myself in boxes that I don't fit into. I cannot strive for a "perfection" that doesn't exist, and I shouldn't have to. I would like to think this was my moment of change - full change. I had become a butterfly. It had been slow the change - it had taken years for me to reach here. Oftentimes even I didn't like myself. A lot of people criticized me. They thought I was just destroying everything I had ever had.It was only when I came out the other side, more confident about myself, that I became better - a better person, a better friend, and a better human. I stopped dwelling on the times I was ostracized, and even though I still have bad days, I am more me than I have ever been. And that's the beauty of it - the world wouldn't be all that beautiful if the people in it didn't continue to strive to become better versions of themselves. If people embraced change rather than fear it. If people started with self-love and an open mind. 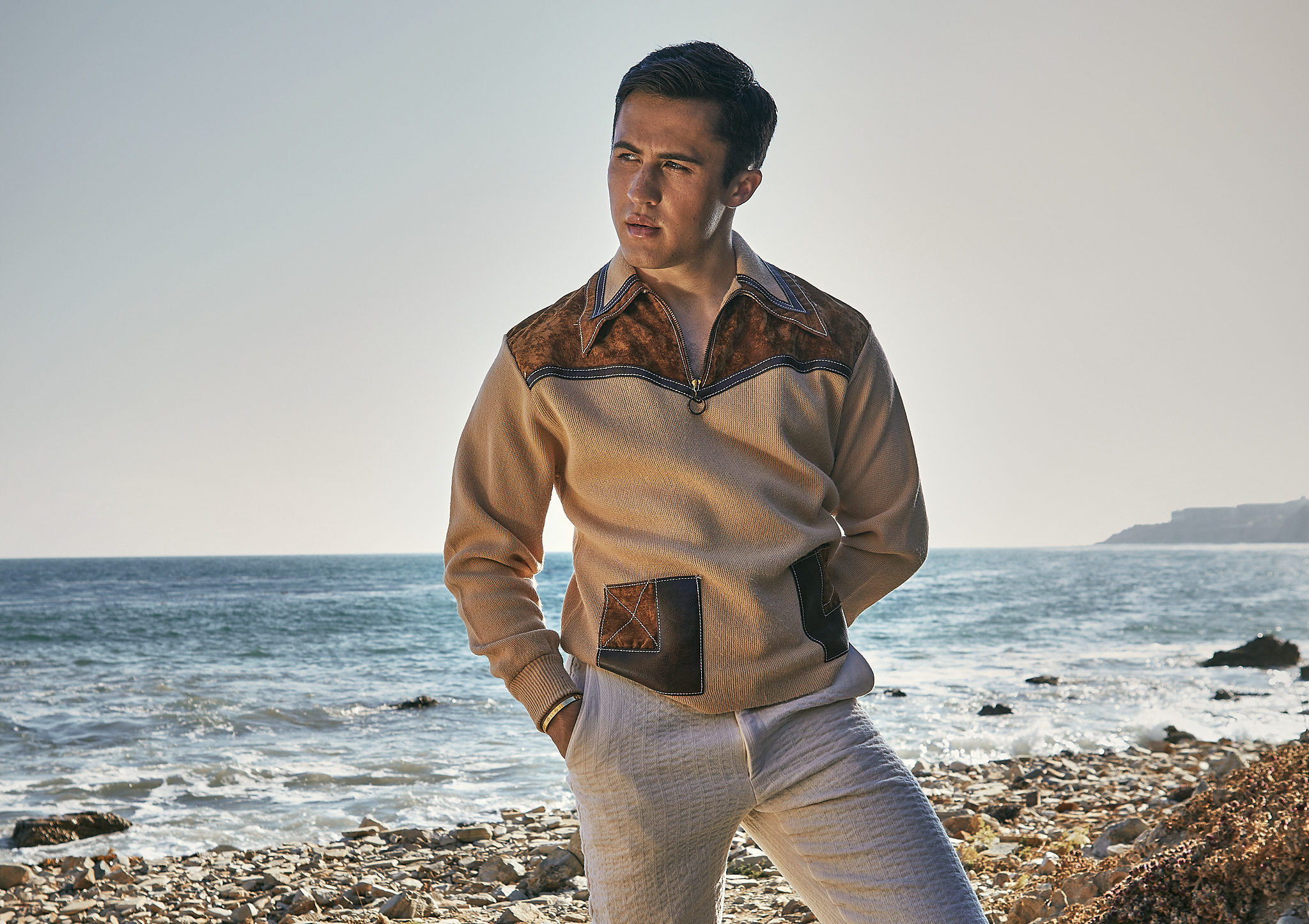 On finding balance in self, coffee, and the digital age 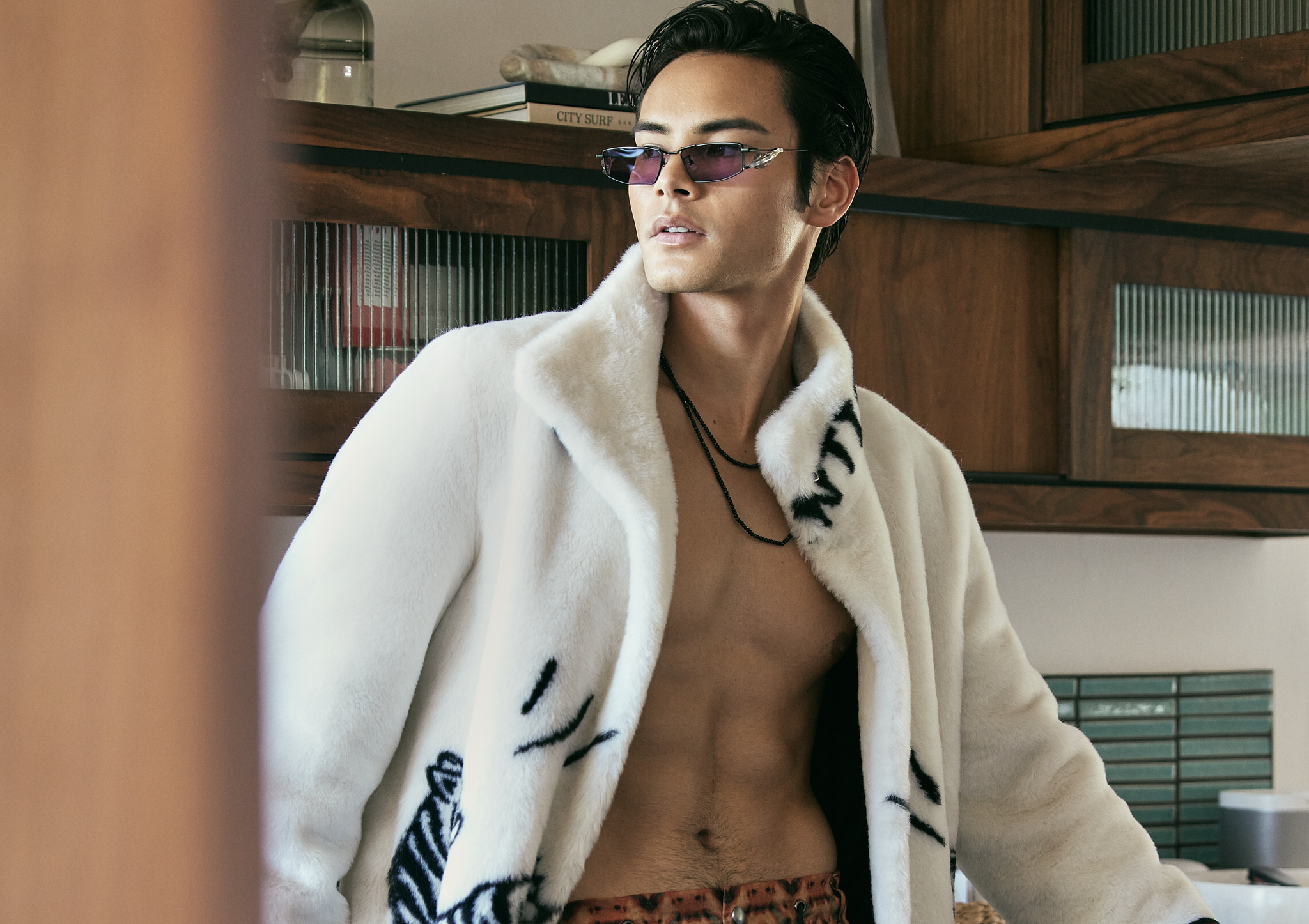 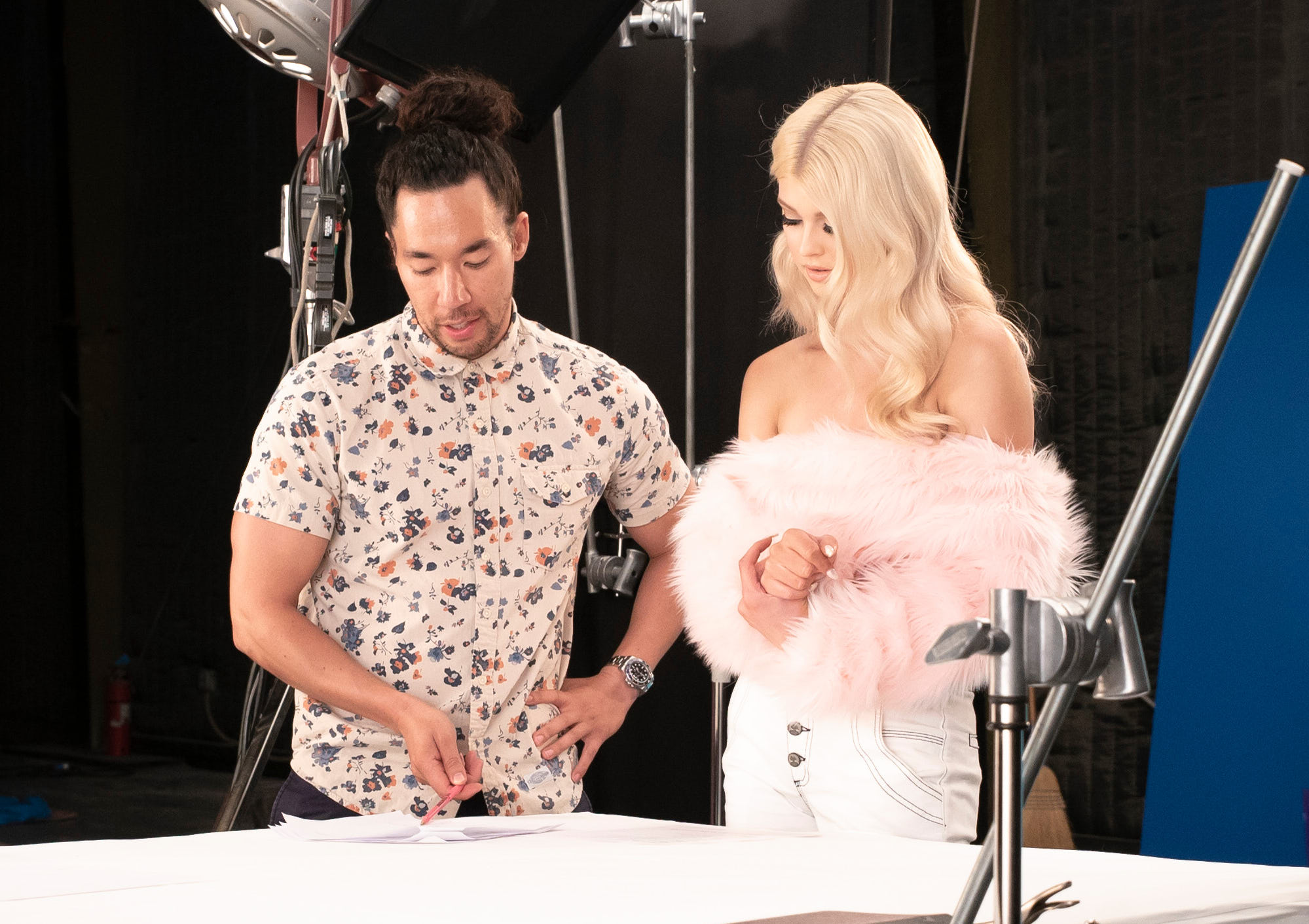 On redefining change for yourself