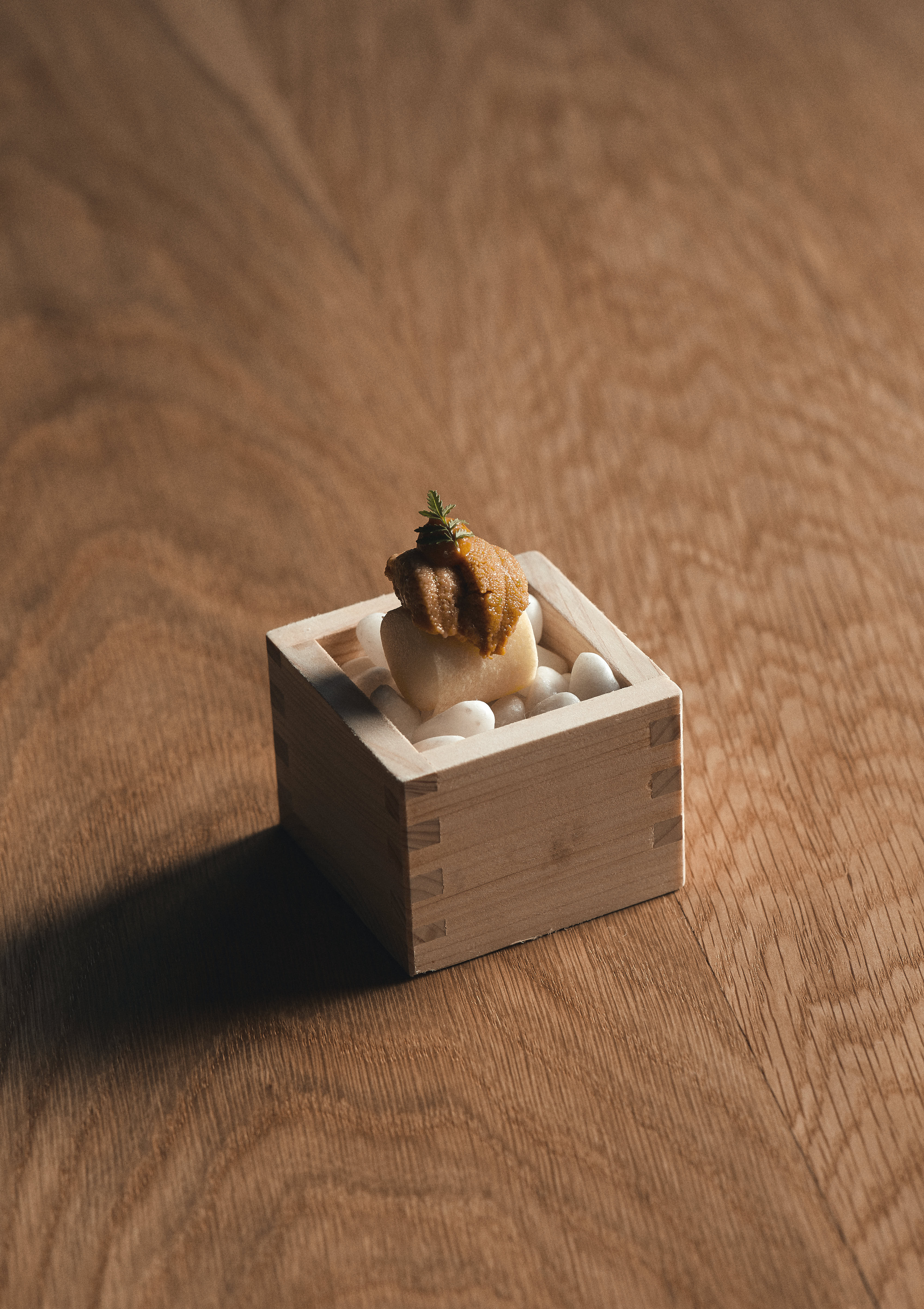 When people hear the word "fine dining," the first image that often appears is a white tablecloth setting in a quiet, elegant atmosphere. But this is not the case at Restaurant Nisei, located in the Russian Hill neighborhood of San Francisco—the space is open, giving off a stylish and welcoming vibe. As I wait in the dining area, Chef David Yoshimura adds finishing touches to the restaurant by hanging an illustration to contrast the black walls. Then, suddenly, he turns around and asks me, "What do you think? Is it leveled? Does it look good?" After a few tries, I tell him that it does. His attention to detail, passion, and care in everything that goes into Nisei are evident—it's more than just cooking good food. It's an innate part of him.

Timid Magazine: Can you tell us a little more about yourself?

My name is David Yoshimura. I'm the chef at Nisei, a Japanese-California fine dining restaurant in San Francisco. The restaurant is connected to Bar Iris, which crafts cocktails with Japanese influences. I was born and raised in Houston, Texas. My father is Japanese, and my mother is American. I went to culinary school in New York, and then I worked and lived in New York for a total of about seven years. During that time, I also staged and traveled in Tokyo and Spain. Then about six years ago, I finally settled in San Francisco.

TM: What’s the story behind the name Nisei?

Nisei, if you’re not familiar, means second-generation Japanese born outside of Japan. So I wanted to kind of pay homage to the culture of Nisei and the cuisine that comes up, especially in America and California, specifically. Asian Americans or Japanese Americans that are born in America, you know, they have this weird cross-influence of non-traditional Japanese food. We try to recreate traditional Japanese dishes but we end up using things that are only available in America, so it’s like this strange fusion almost. It’s funny that I just wanted to kind of represent a cuisine and culture that I grew up with that was honest and transparent to what I eat at home and all that good stuff. 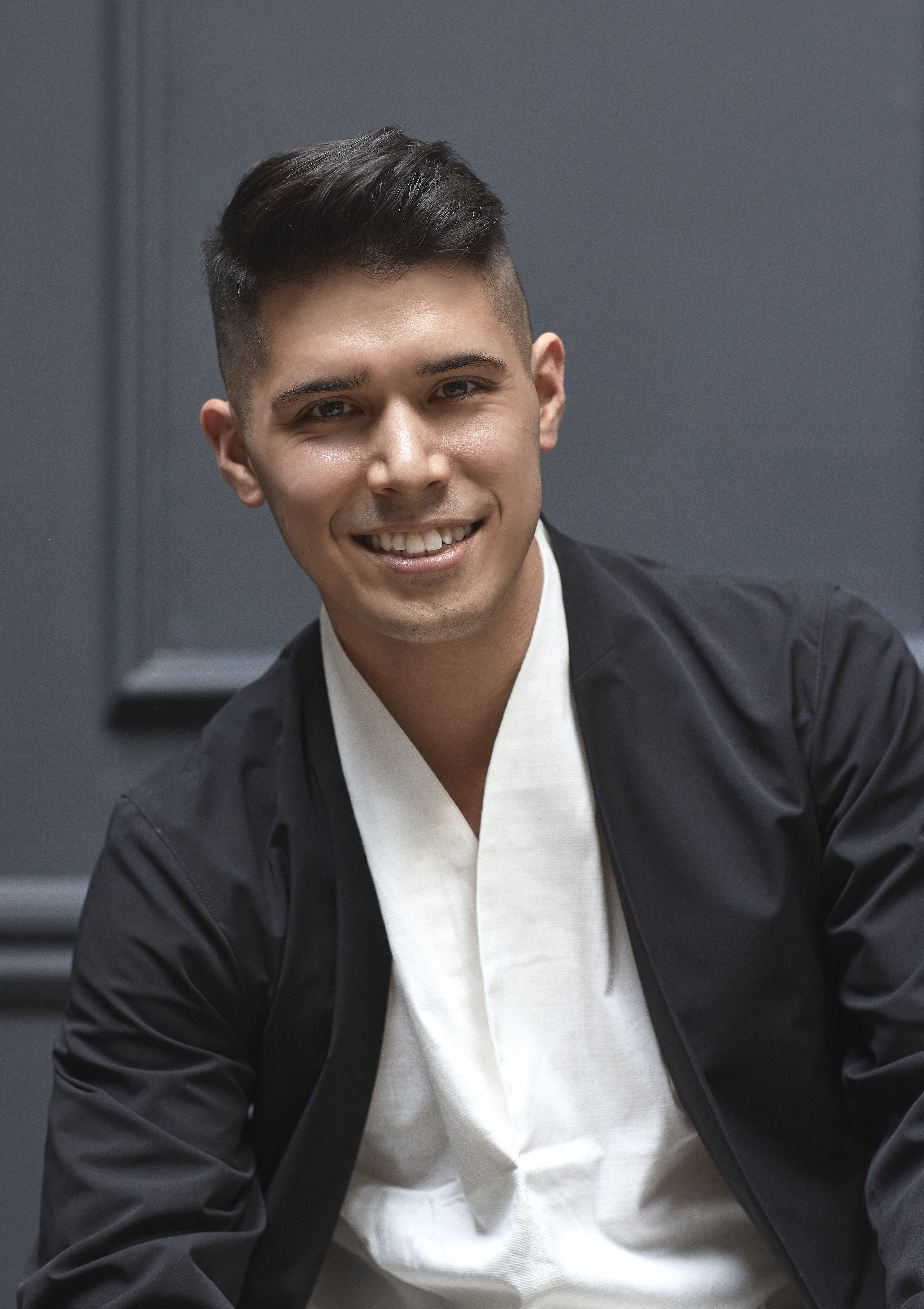 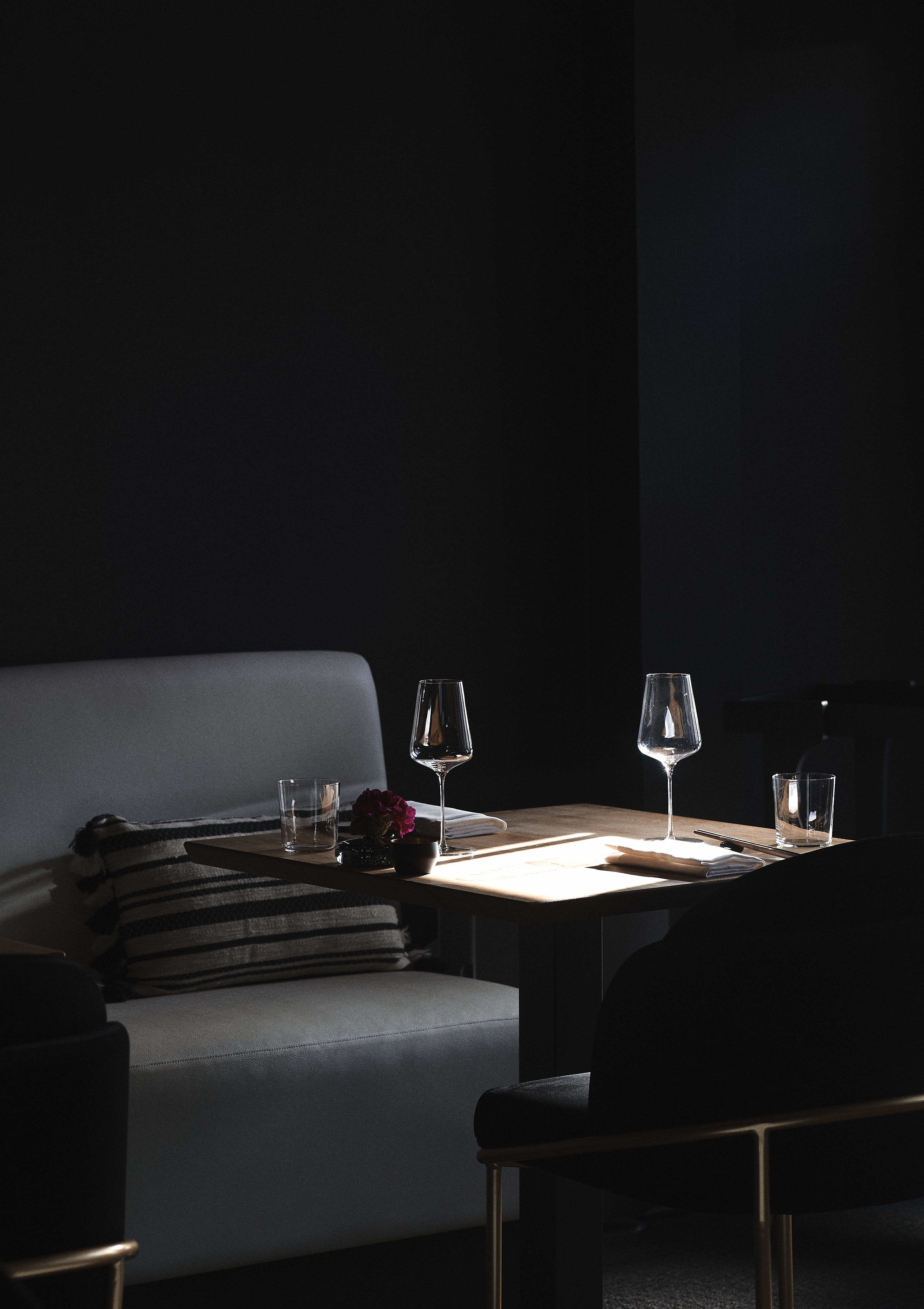 TM: How did it all begin?

Nisei began as a pop-up with another friend of mine who’s also Japanese American. We met at Californios [the first Mexican restaurant in the country to earn two Michelin stars] when we did our first pop-up at the Japanese community center in Japantown. It was great—they hosted us and they helped get us off the ground and we served a bunch of their members, and from there we did more pop-ups around the city. We did a picnic on Third in Soma, we did it at Mr. Jiu’s. Then we were set to open a brick and mortar spot in May of 2020, then obviously the pandemic hit...

I had an investor and then he backed out. I just didn’t give up on the dream so I just said, I’m just gonna keep going, just trying to do what everyone else is doing and I did.  I was selling bento boxes. I reached out to Brandon Jew, and I said “hey what are you doing with the Moongate Lounge because you’re not using it.” And he responded and said, “Go for it man, just use it.” It was awesome.

Brandon is very supportive and industry-friendly and huge at that time. He just wanted to help other people so he let me use it for a very very good deal, and so I just sold bento boxes all 2020. On the weekends on Sunday, as soon as he built his outdoor parklet, I asked him if I could do that and he said sure. So I just started doing tasting menus at the parklet on Sundays and selling bento boxes during the week. I kind of kept the hype around Nisei strong throughout the pandemic. And through it all, I kept looking for spaces and I kept grinding and doing it, and finally, I found this spot.

TM: So I know that Nisei focuses on the idea of Washoku cuisine. Is there a story behind it?

There’s a lot of history behind Washoku cuisine. A lot of people translate it as the homestyle cooking of Japan. It’s kind of like the foundation of most Japanese cuisine. It’s the oldest style of Japanese food. Sushi came a lot later, and so did Kaiseki. It’s really simple, it’s always one soup, two and three dishes to create that principle of ichiju sansai, and that’s basically what we eat for breakfast, lunch, and dinner. You have heard of Japanese breakfast, it has rice, miso soup, and some kind of fish and pickles. That’s kind of the foundation and from there, you know, it expands to sometimes you could have multi-course meals, and then it kind of developed into Kaiseki cuisine later. 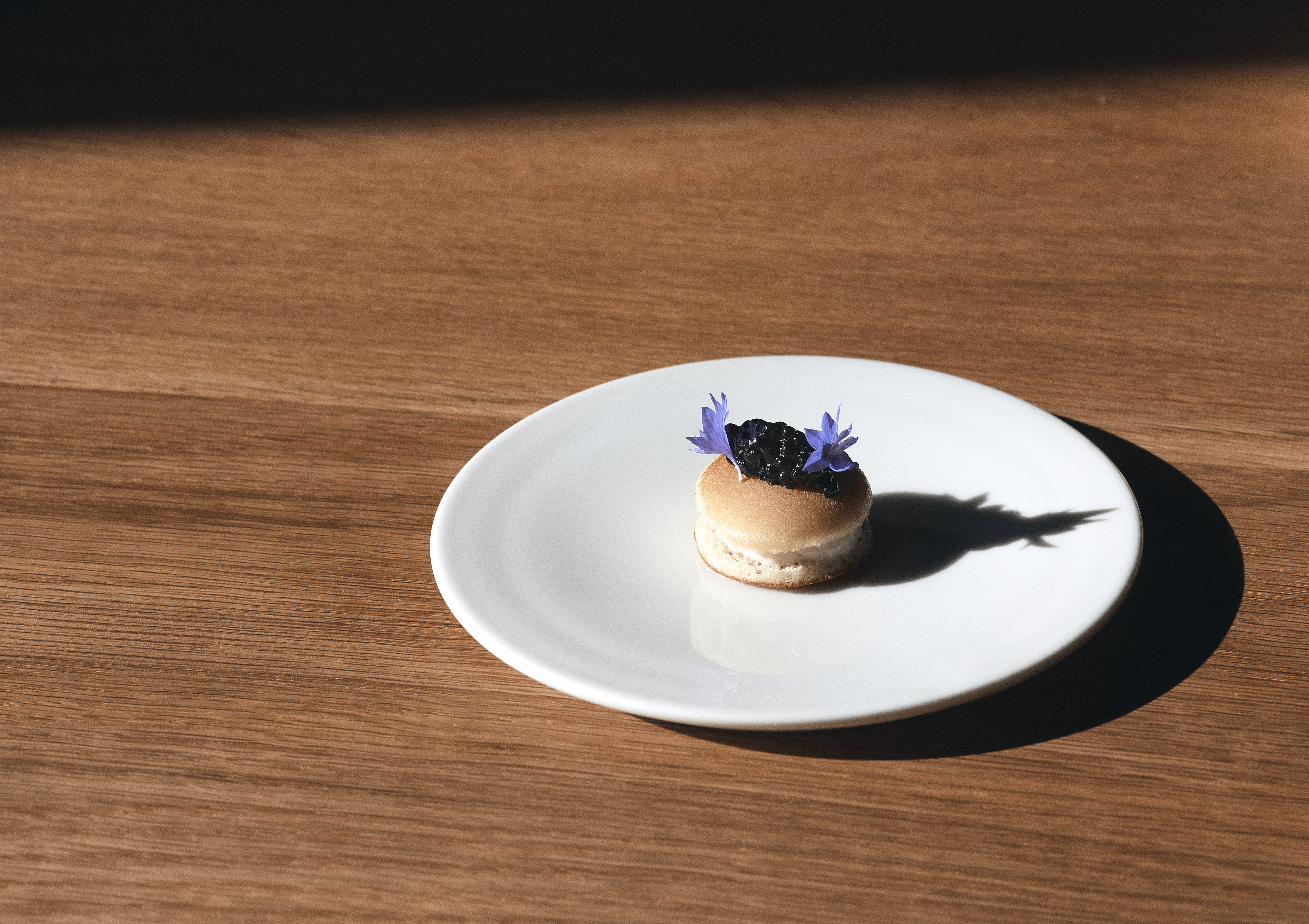 TM: Was it something that you always had when you were young and grew up with it?

Yeah, when my father cooked at home when he could, and my grandmother cooked Japanese food for me as well. But mostly when I cook for myself I’d try to recreate something that my grandmother and I would make, and it was more like rediscovering my own heritage in a lot of ways. I kind of refined my style of cooking and my Washoku knowledge when I started in Japan. I worked in Ishikawa, at Kohaku and Ren, both with three Michelin stars, and you know, they are all very good at traditional Japanese food. So it really honed in my skill and my flavor, my palate of making things more Japanese.

TM: It’s also interesting because our first issue was about heritage, but our second issue right now is about the idea of Metamorphosis. What do you think the word means to you throughout your culinary career?

Metamorphosis, yeah, I like that. For me, I think it reminds me of butterflies like you’re changing and evolving into something better than your original self. And coming out better and stronger.

TM: So when it comes to your menu, which dish do you think represents you the most?

I think there’s probably a couple but the one that I think represents me the most, like the idea of Nisei cuisine is probably the ichiju sansai. Because it’s four courses in one, all of the ingredients are from local California producers but they’re remade into Japanese ways. For example, the sushi rice comes from a farm in Sacramento, and I make local California salmon, and just mix it all together, even the pickles. We have sake leaf pickled cucumber, the cucumber is from Hikari farm in Watsonville, and the sake leaves are from Den Sake in Oakland. So then I just combined the two and that’s so Nisei.

TM: What do you think people’s impression of what Japanese food is and how are you doing it differently? 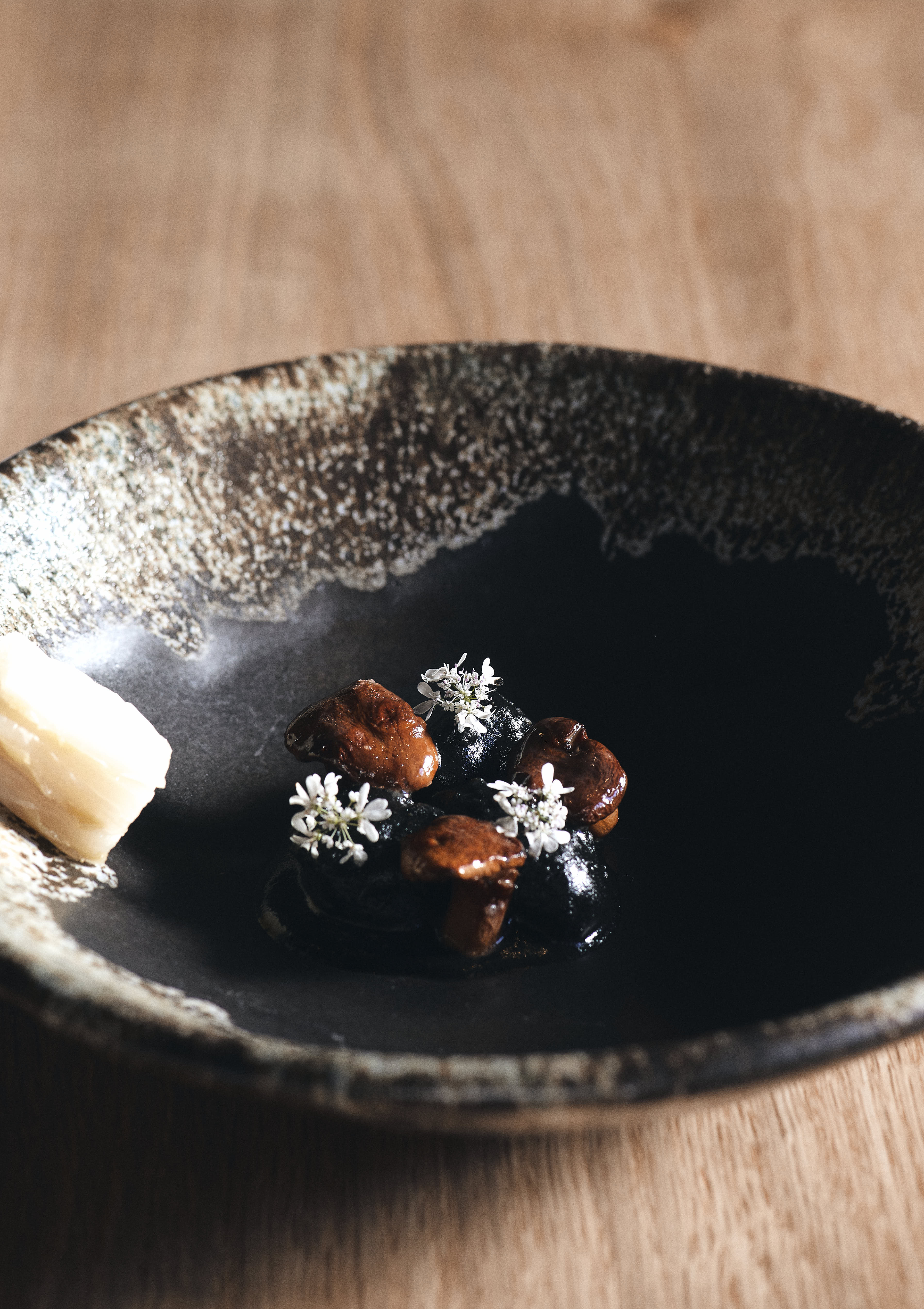 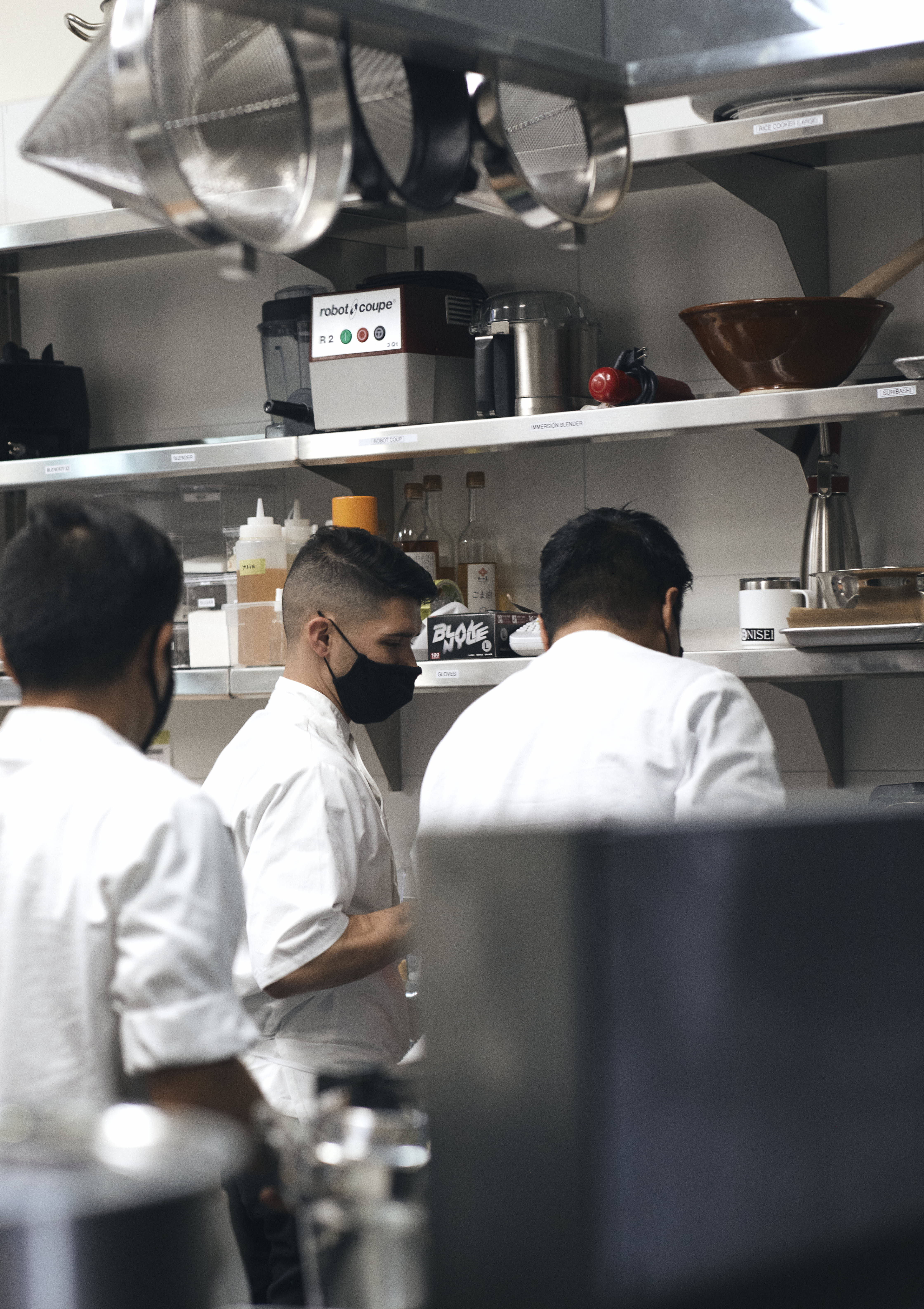 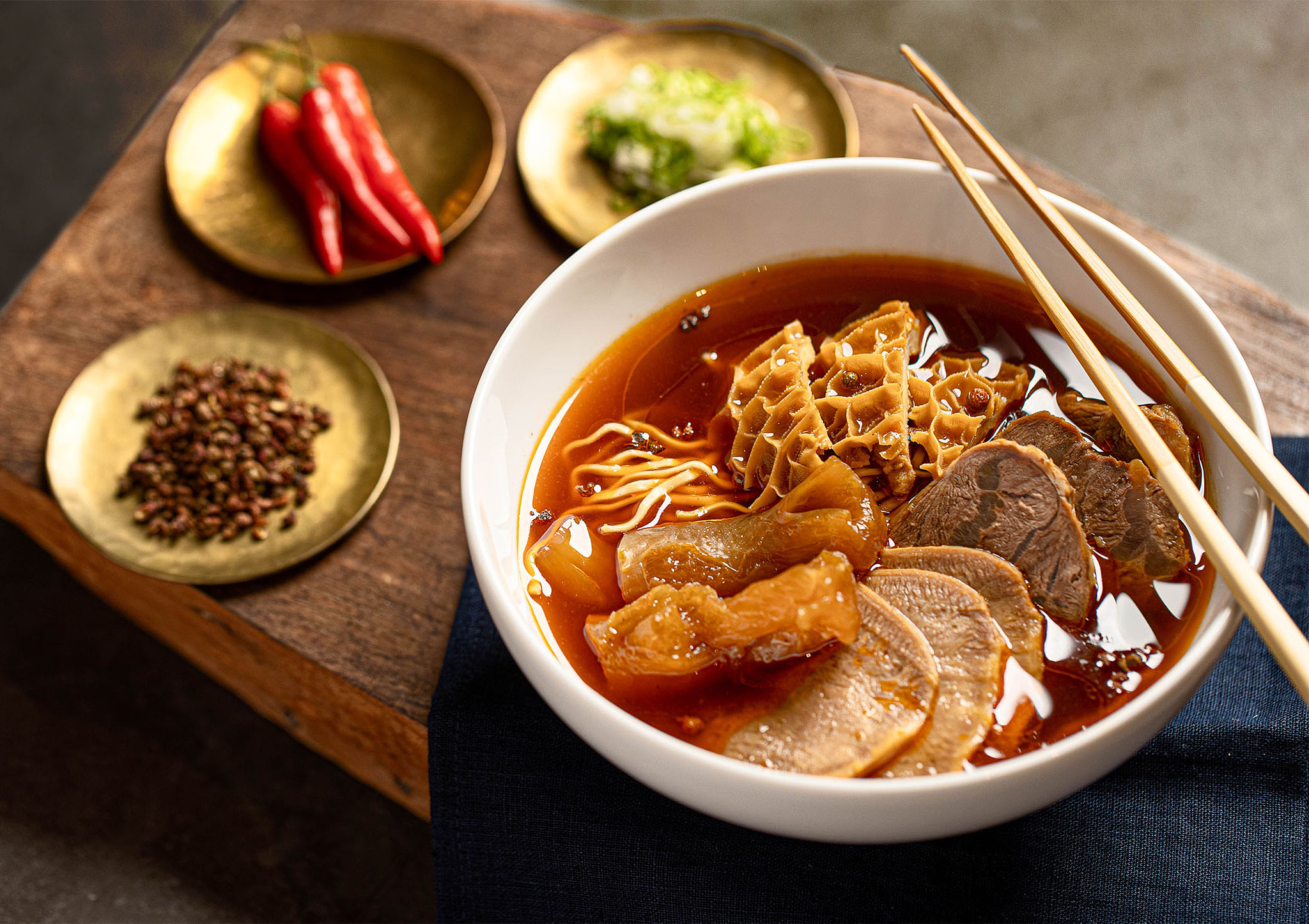 On the nostalgic flavor of home 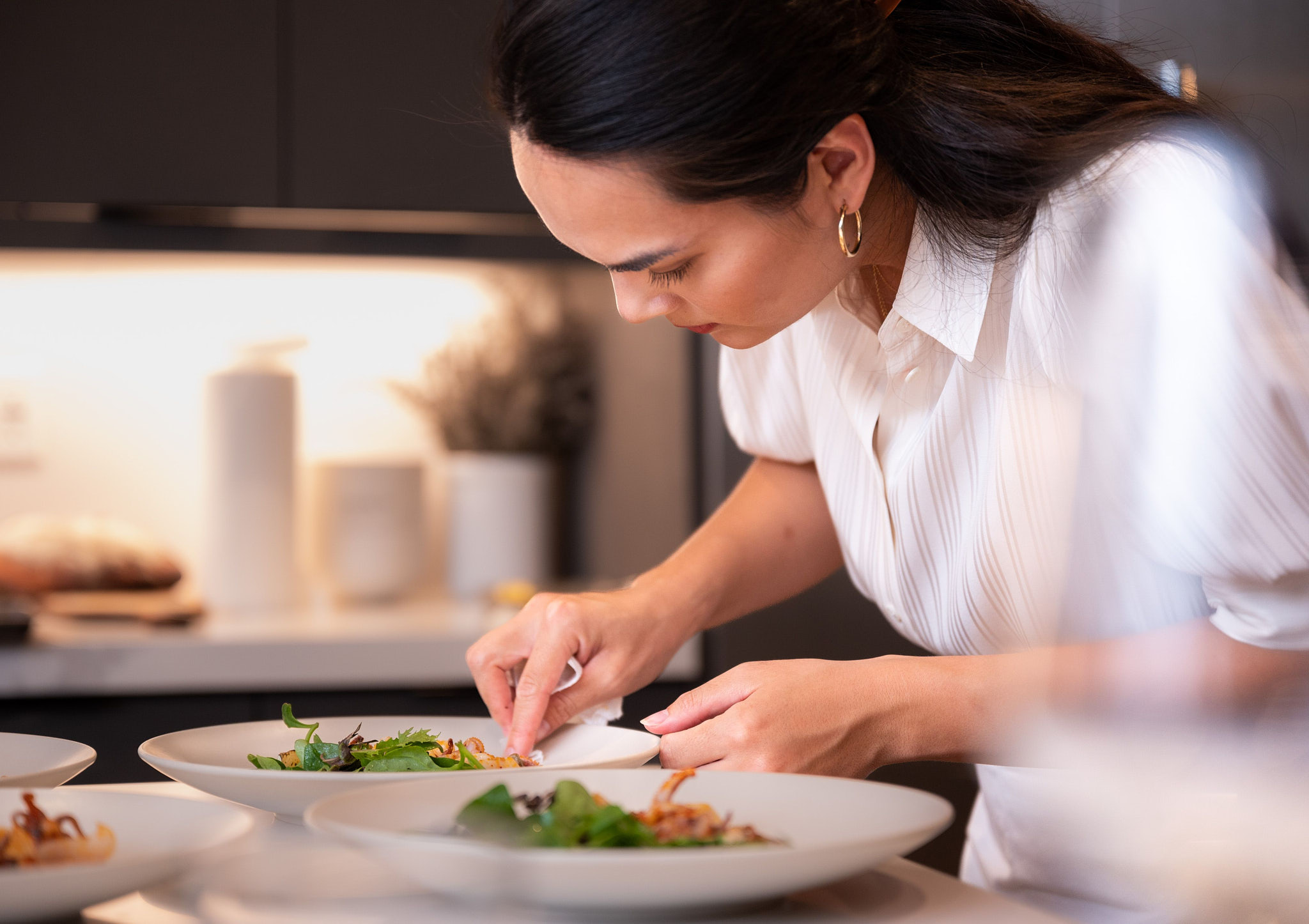 On building communities through food and drinks 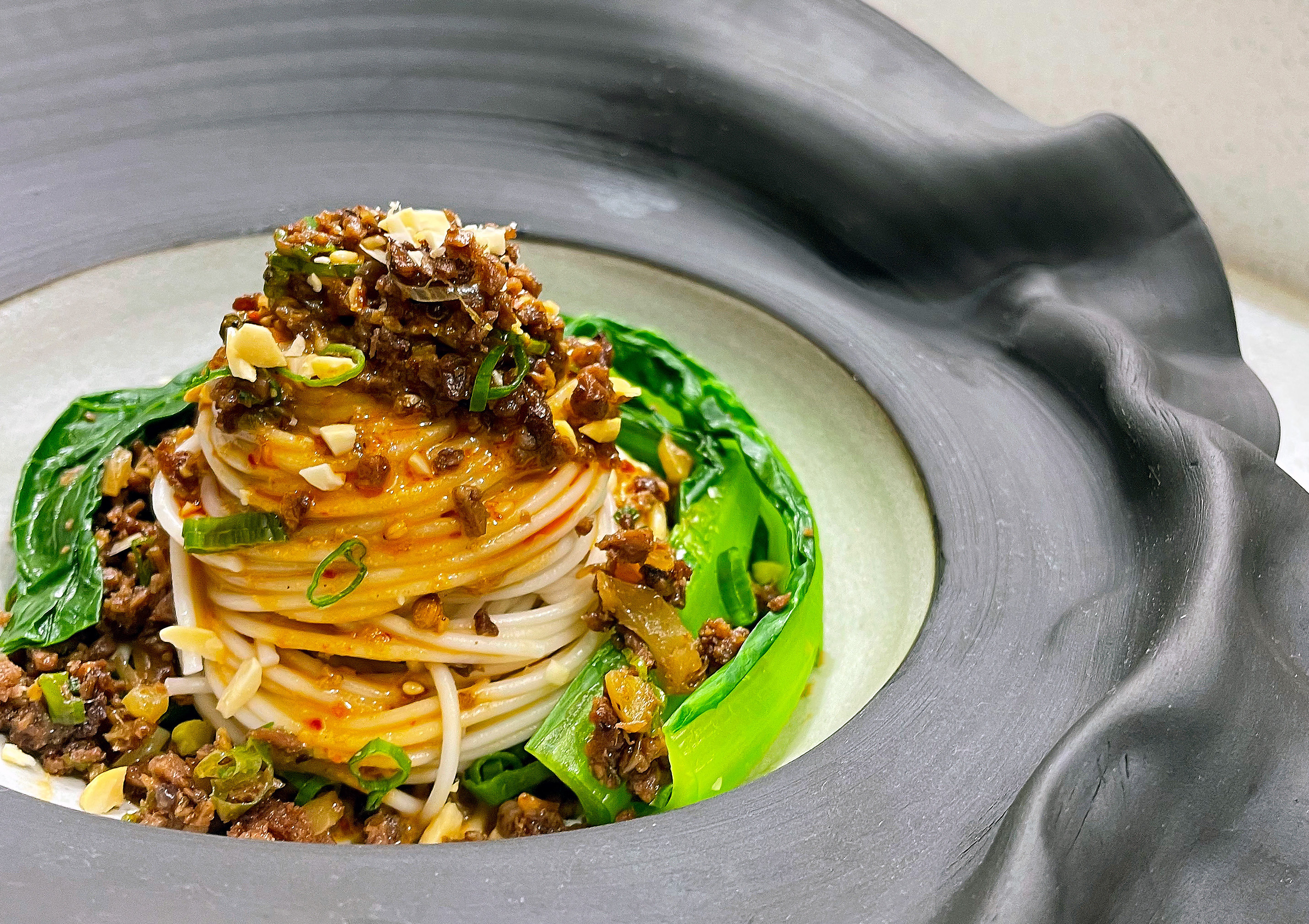