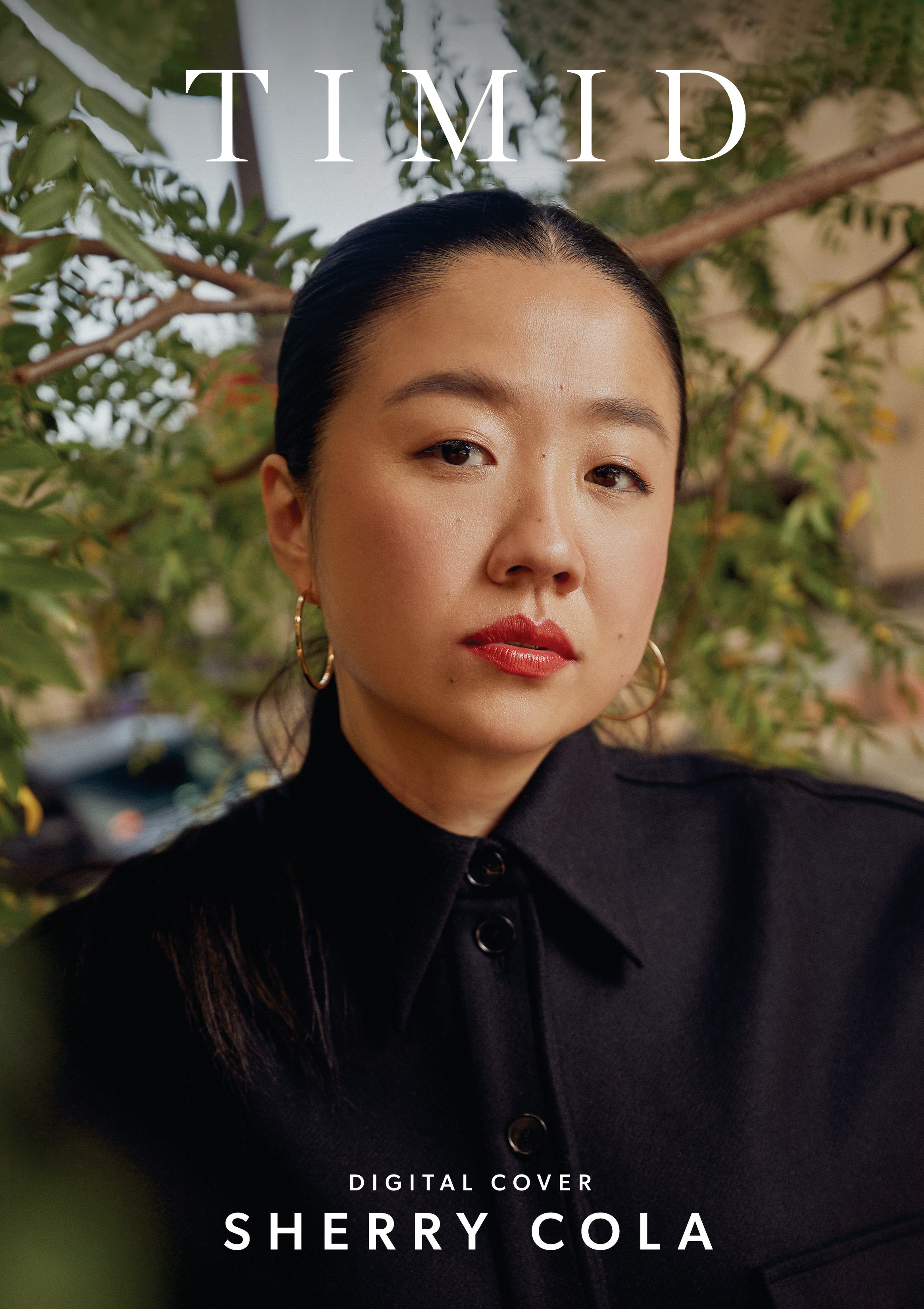 I remember feeling bummed when I heard that The Fosters was ending. The show had been an important step in queer representation, and I was ambivalent when I heard about an upcoming spin-off that didn’t include my favorite characters—Stef and Lena—in its main cast. Curiously, I decided to eventually check out Good Trouble after hearing good things about the show. I was immediately drawn to Alice Kwan, simply grateful to expand my still-too-short list of positive queer Asian representation. I found her fun and relatable. Her actress, Sherry Cola, brings humor and earnestness to Alice. You can clearly see her love for the character she has portrayed over the past four seasons. Recently, Timid had the opportunity to speak with Cola about her character and career.

Timid Magazine: How would you describe your character Alice? What are some ways you are alike or different?

Sherry Cola: The evolution of Alice has been beautiful to witness. We met her in season 1 as someone who was apologetic and got taken advantage of. Still, she steadily finds confidence as she faces challenges in the comedy world and her relationships. Cut to season 4, we see her not settling for anything less than what she deserves. This aligns with my personal life because I'm constantly trying to break stereotypes, prove people wrong, and use my voice to make an impact within my community. Alice has been a big inspiration to me over the last four years.

TM: What is a storyline or issue you’d like to see tackled on Good Trouble, either with Alice Kwan or in general?

SC: I'm grateful to be on a TV show like Good Trouble that makes me feel seen and heard. We've covered a lot through Alice's lens, from celebrating Lunar New Year to unpacking Stop Asian Hate. We tell countless important stories—trans rights, pay equality, Black Lives Matter, etc.—and we do it authentically. We really stand for something, and I'm proud of that. I'm looking forward to what our brilliant producers and writers will cook up next! 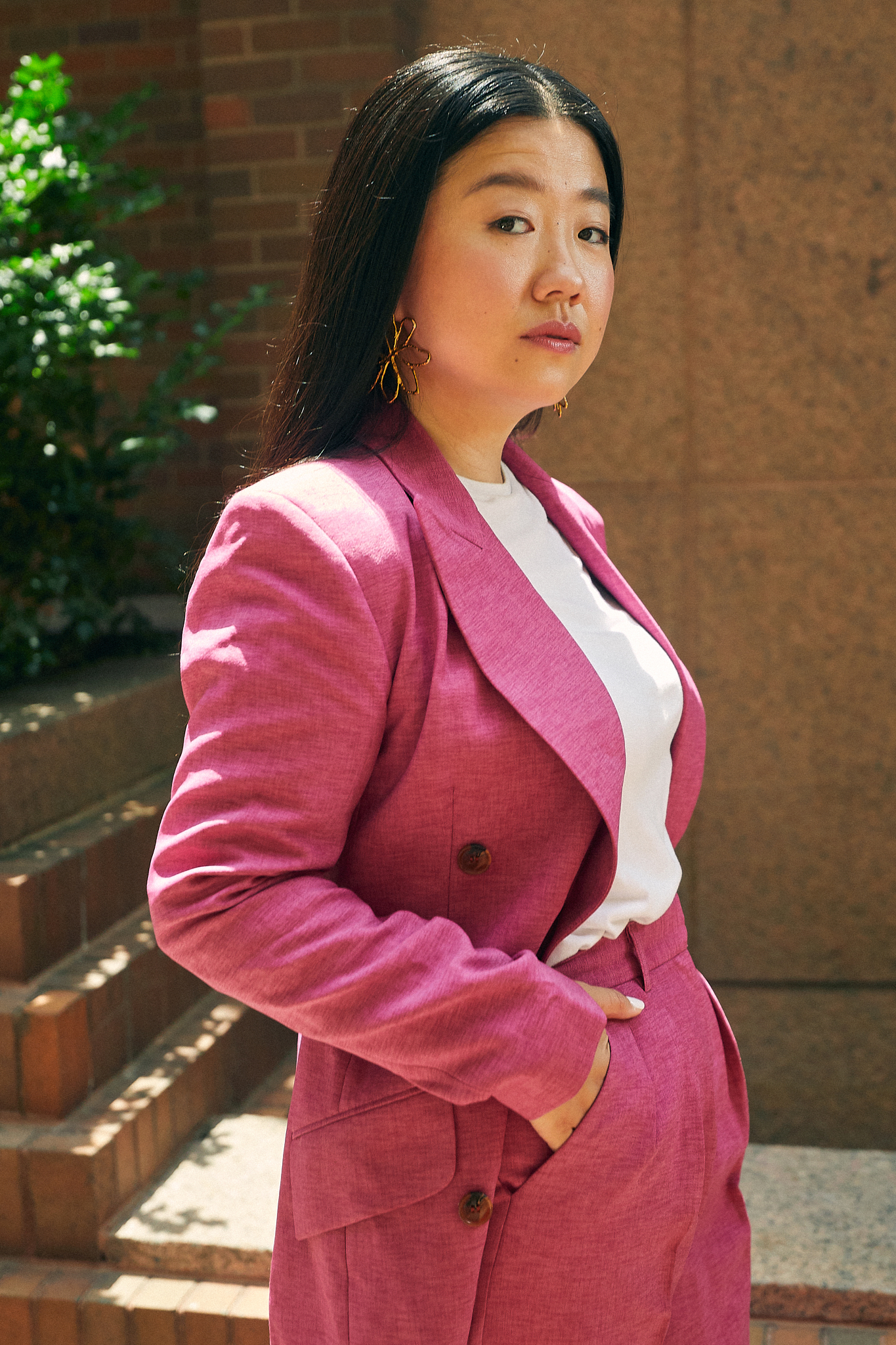 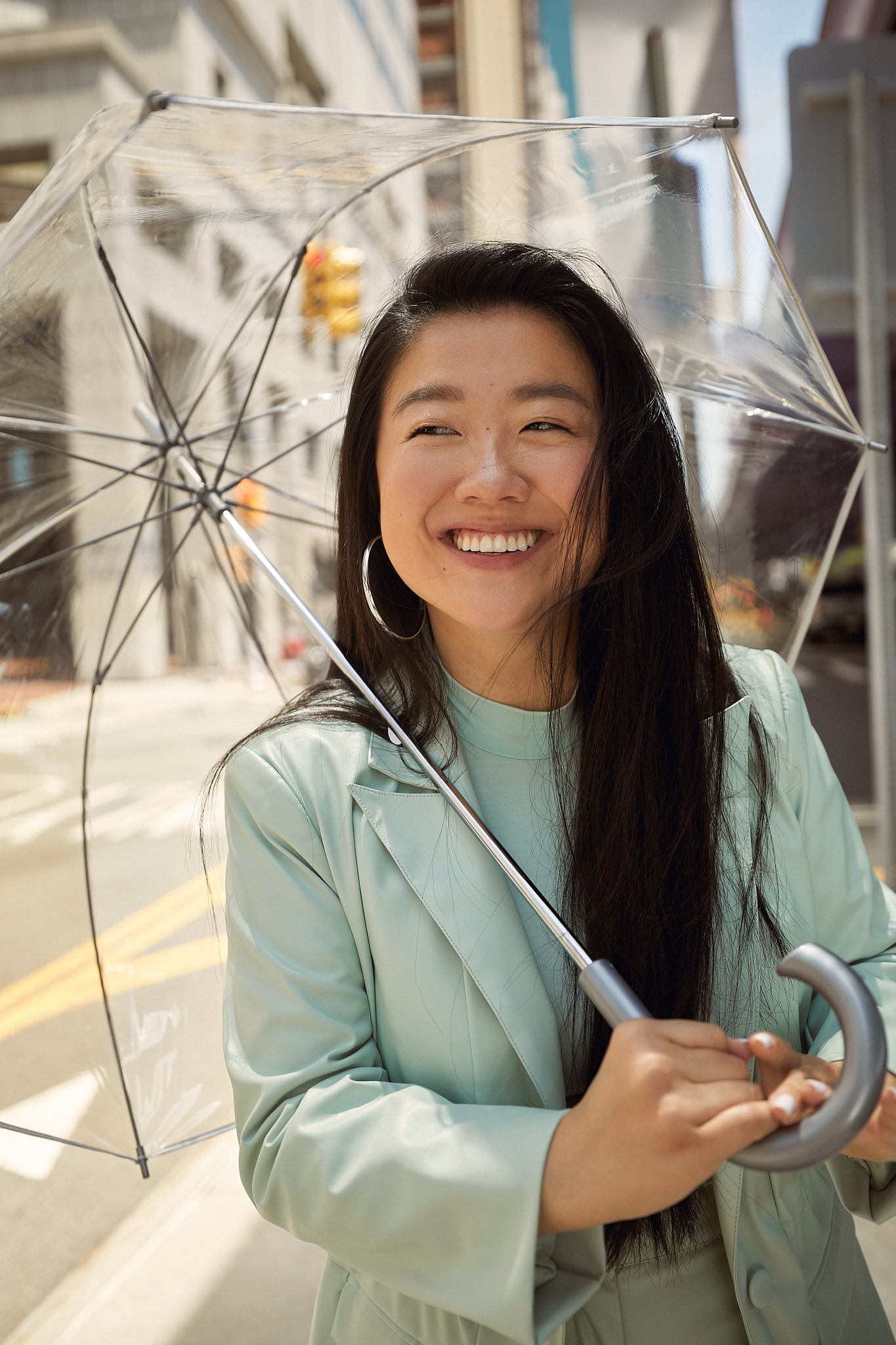 TM: Through the theme of this issue, Beginnings, we aim to reflect on times we’ve had to start over or embark on new journeys. What was a beginning—or a series of beginnings—in your life that helped shape who you are today?

SC: I always reflect on how transformative 2016 was for my career. I hosted my own radio show on 97.1 FM, officially started doing stand-up, got my first acting gig on the Amazon series I Love Dick—among other cool things like going viral with millions of views and discovering the magic of Upright Citizens Brigade. It was just a "better late than never" year for me. I've been passionate about performing since I was a kid. Still, the lack of representation and my lack of resources held me back. Finally, in 2016, I decided to just go for it, with the help of my dear friend/brother from another mother/manager, Colin Stark. I can't believe how far I've come, but I know I'm nowhere near where I want to be. I'm ready to take over!

TM: Looking back, what advice would you give your younger self at the start of her career?

SC: Trust the timing of what's meant for you. Patience is key! You don’t need to try so hard to impress everyone. Being your true self will pay off and make you shine. Your differences will become your superpower, I promise!

TM: Can you talk about the importance of intersectionality in representation? For example, how important was it that we got to see a character that is not only queer, but Asian as well?

SC: It means the world to portray a character with so much depth. I’ve never been prouder of all my identities—queer, Asian, immigrant, woman—but this definitely wasn’t overnight. We were brainwashed for so long that we thought our experiences and perspectives weren’t a priority—in this industry and in this country. Not anymore, baby! It feels good to finally embrace my culture and who I am at my core.

TM: Are there any Asian and/or queer characters or public figures that you consider formative influences?

SC: I could probably count on my ten fingers the people that made me feel represented when I was younger. Lucy Liu, Sandra Oh, Margaret Cho, Jet Li, Jackie Chan, and John Cho are on that list. They were the ones that "made it", and the dream felt out of reach for me, but I realize now that we were simply tricked into that mindset. These trailblazers faced the most problematic roles back then and were forced to elbow each other to the top. It's not lost on me that they went through hell and back so that I can have the opportunities to express myself today, on and off screen. I can't wait to do the same for the next generation.

TM: We’d love to hear about any other current or upcoming projects you’re able to share.

SC: I just wrapped a Lionsgate/Point Grey R-rated comedy helmed by Adele Lim, who wrote Crazy Rich Asians. It was the wildest adventure with Ashley Park, Stephanie Hsu, and Sabrina Wu. It’s undoubtedly the first of its kind. I’m also in the upcoming Paramount Animation The Tiger’s Apprentice with Michelle Yeoh, Henry Golding, and more. It’s a fun mystical journey based on the trilogy of books by Lawrence Yep and is scheduled to be released in 2023. I’m currently in New York City working on an extremely special film that I can’t spill any details about yet. Working with this director has been very full circle for me, and that’s all I’ll say! Stay tuned! 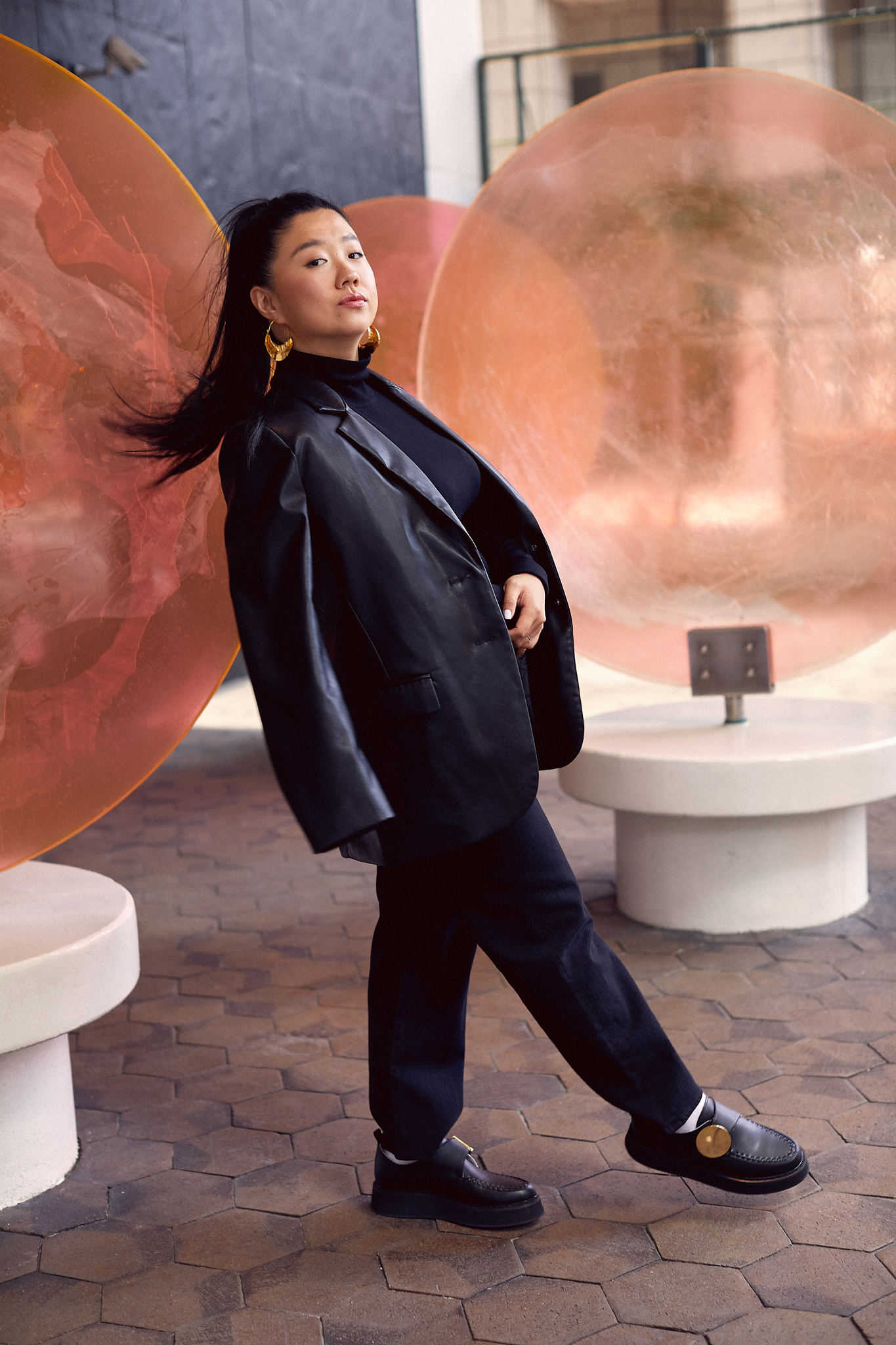 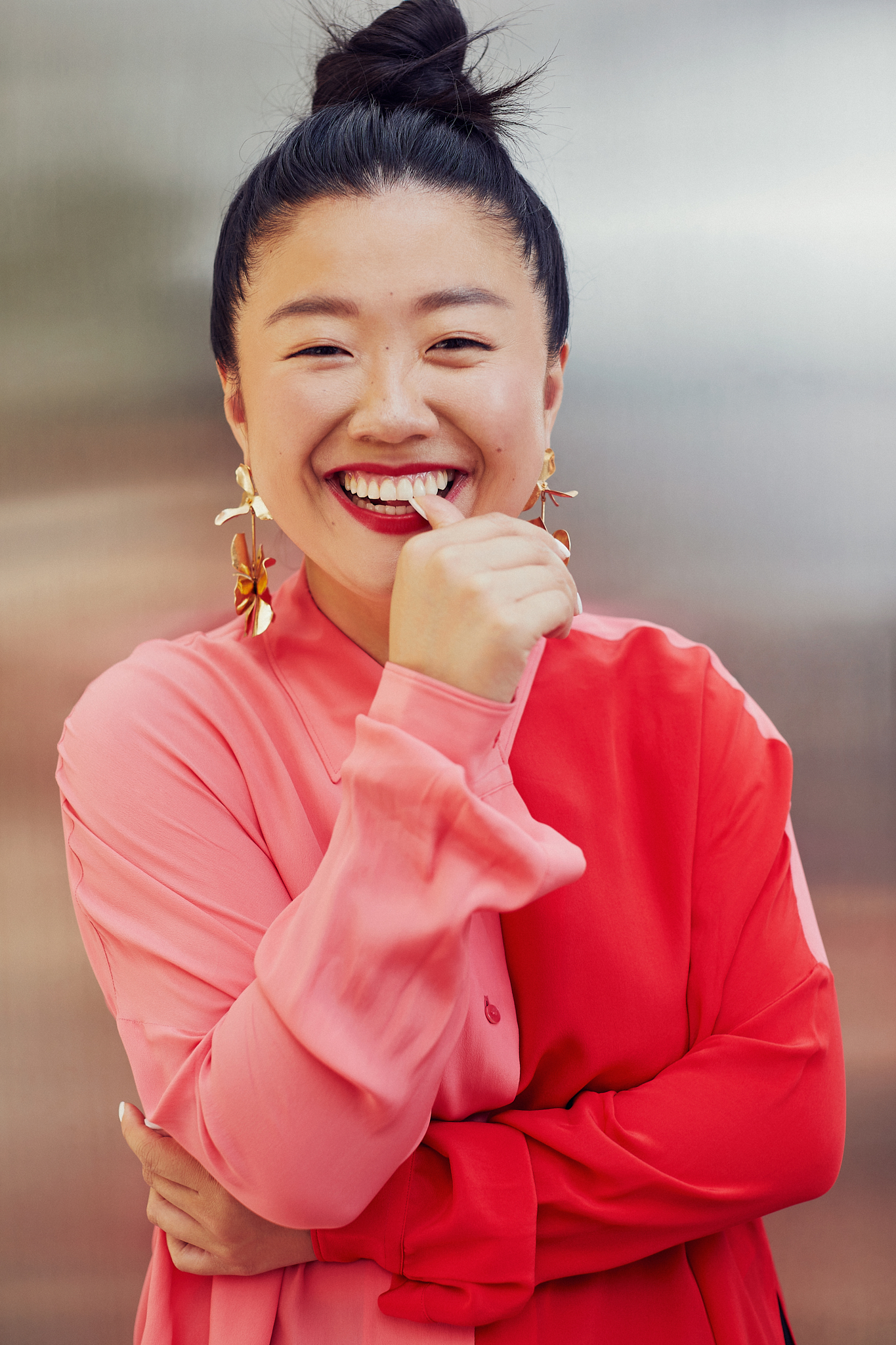