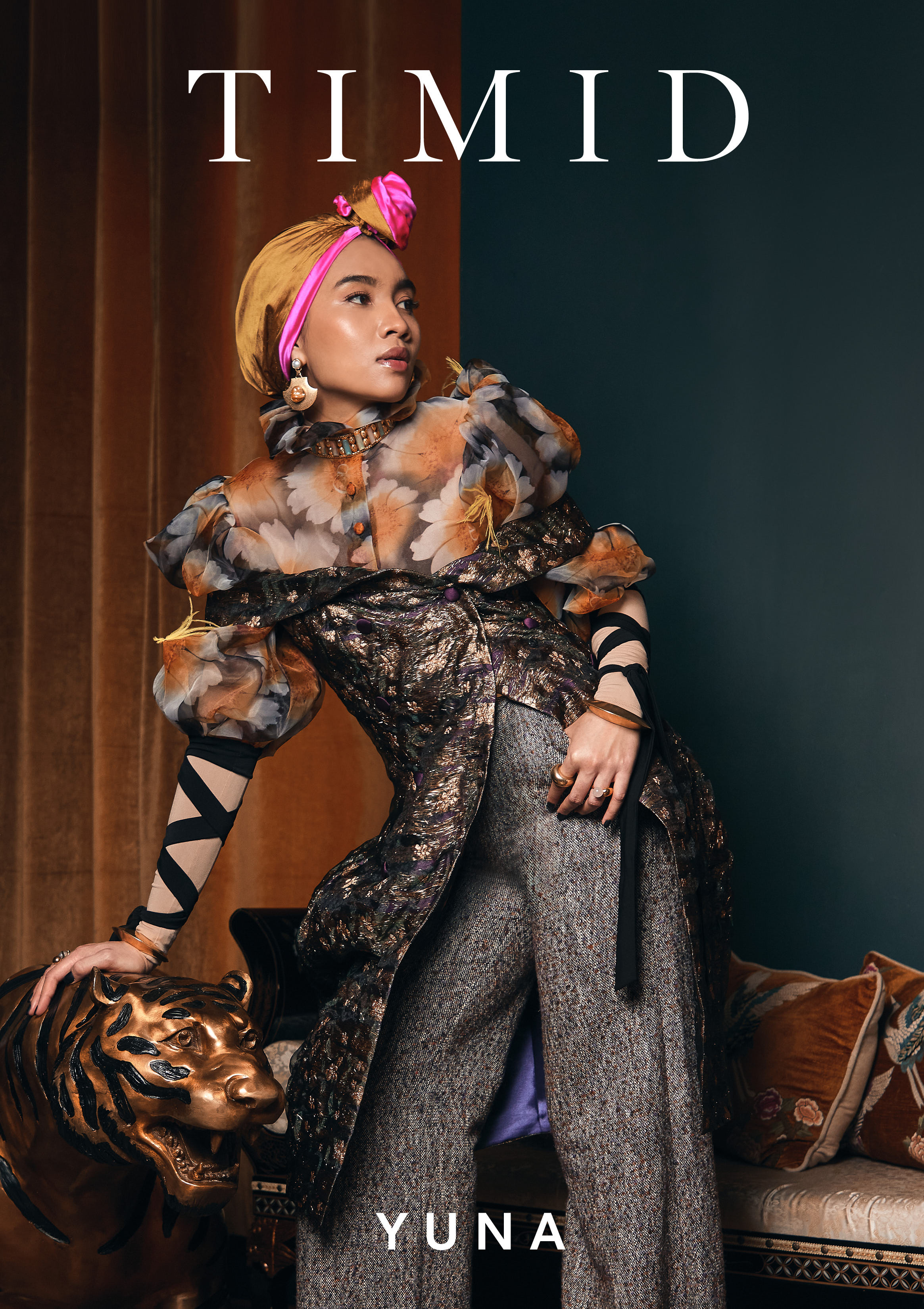 On slowing down and reconnecting.

“Today is Eid so it’s supposed to be a celebration,” Yuna explains to us as she apologetically lets us know that she may have to step out shortly for an at-home COVID test. There’s been a minor COVID exposure scare, and she and her husband aren’t taking their chances with cases and hospitalizations in Malaysia rising, much like the rest of the world.

She joins our virtual call from her home in Kuala Lumpur. She’s wearing a purple t-shirt, silver hoop earrings, and a huge smile. It’s her morning and our evening. Behind her are two guitars and a row of magazines, one notably of her on the cover of Vogue. When she pops into the meeting, her fresh face and sense of humility are infectious and disarming. She instantly feels like someone you could trust - someone who would be honest with you and wouldn’t just tell you what you want to hear. She oozes charm and poise, while still being entirely accessible and kind.

She gets up at one point to take the COVID test and reveals a long line of books and magazines behind her. When she comes back, she asks us if we’ve ever done the test before and how we feel about it. She coyly says, “I actually kinda like it - it feels like someone’s scratching the back of your nose.” We laugh at how silly and specific this is - what a perfect example of how funny and open Yuna is - how willing she is to show her true self to the world, and more importantly, her fans.

Yuna’s been unintentionally at home in Kuala Lumpur since the pandemic. She and her husband flew back to Malaysia for work, and a two week trip has turned into nearly a year and a half of family time, introspection, and thinking about what her future will look like. “It really forces you to see life differently, to really take care of yourself,” she says, “being back home in the motherland during the pandemic is learning to care about the people over here too.”

As we recount her journey to Los Angeles - from the beginning of her Myspace days to collaborating with the likes of Usher, Pharrell, and Tyler, the Creator - it’s hard to believe that Yuna - this ball of positivity - has had so much heartbreak in this past year alone. Her cousin, a very close relative and someone she grew up with, passed away from COVID complications just days before our interview, and she also tells us of other family members she lost in the past year. “This last year I learned so much about myself. [It] really helped me just see life a little bit differently. Rather than just go go go, make an album, fly to New York, come back the next morning - that was my life. Now it’s very slow paced - it’s kind of boring,” she says with a giggle. 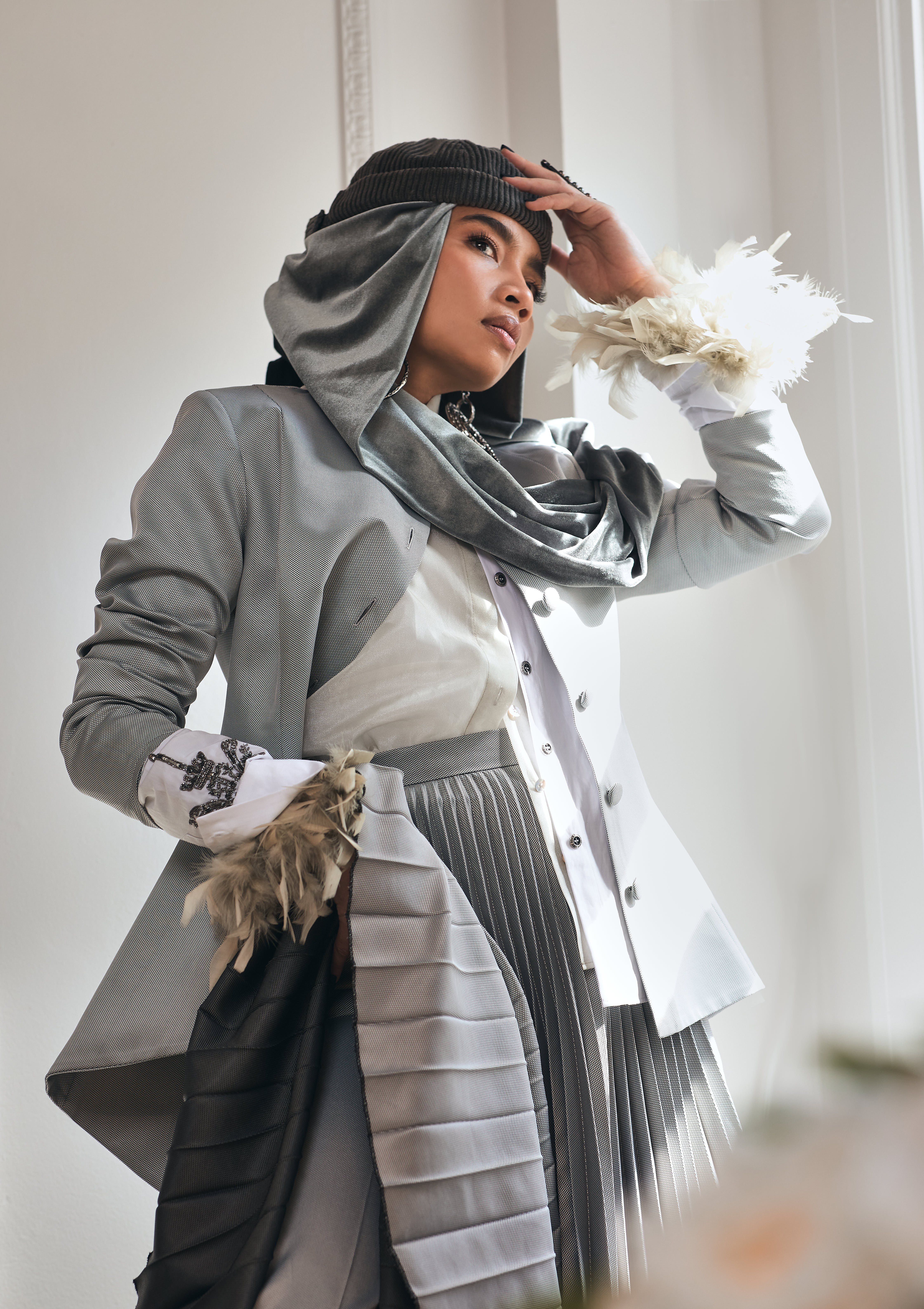 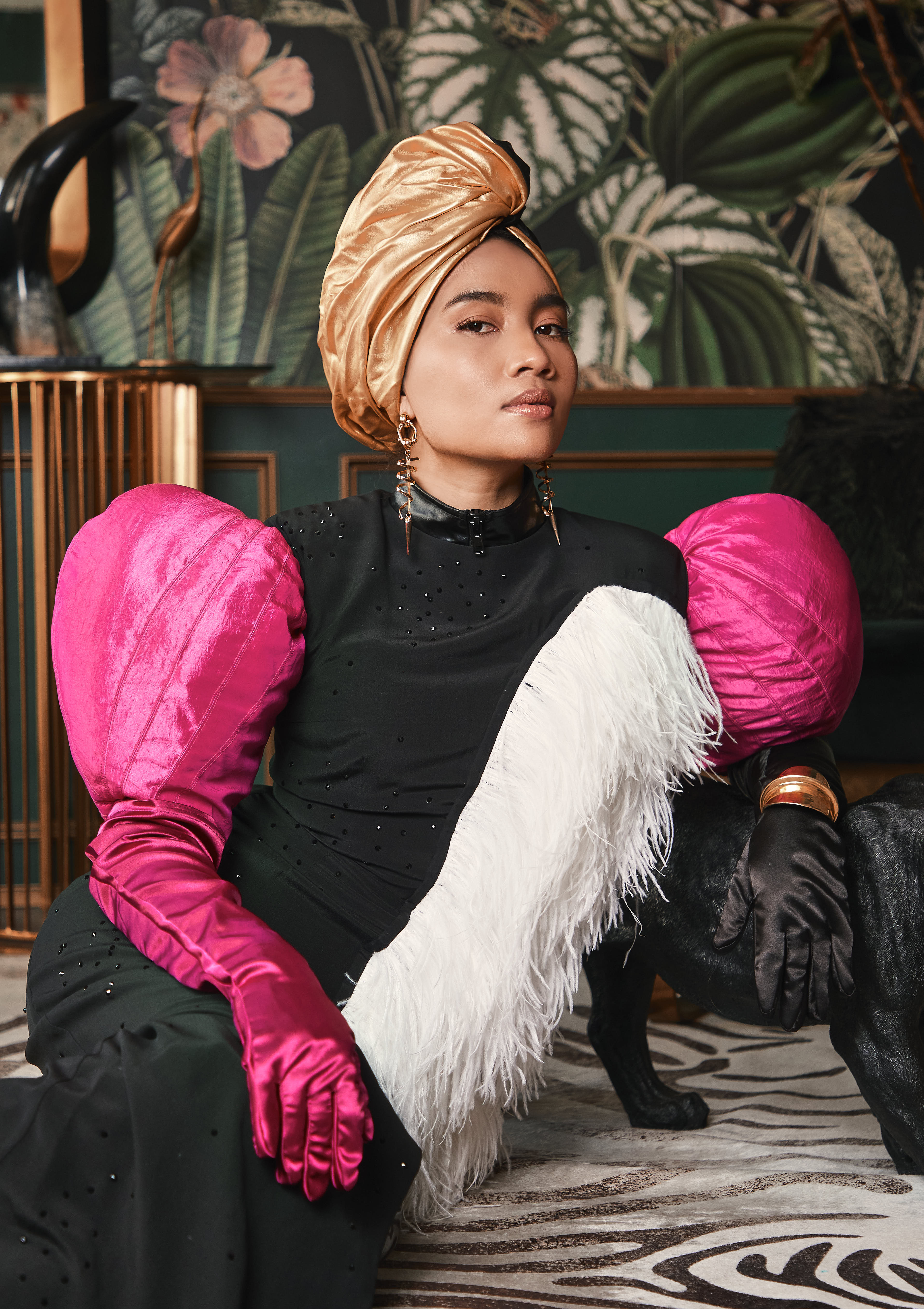 But “boring” is definitely not how one would describe her growth - in music and in using her platform. “I’m this hijabi, Asian, Malaysian woman in LA, in an American music industry. I really don’t know what I’m doing, but I’m just going to wing it,” she says, as she reminisces about her 23-year-old attitude when she decided to move to LA. Picking up and leaving in the middle of an objectively successful music career in Malaysia made people in her inner circle nervous. She humbly describes it as being “super scary because I’ve never known anyone from my country to do anything like I was going to do.” There were those who were skeptical that she would find success in the U.S. and kept telling her how much money could be made if she stayed.

“It’s not about money…I wanted my English songs to be heard. I wanted it to be something more than just like, ‘Oh, a niche group of people appreciate Yuna’s English music,’” she says. That kind of pure, go-getter attitude is seemingly the key ingredient to her success. “People were very worried about Islamophobia and […] racism, “ she says, “And yeah, I know people are going to look down on me because I’m Southeast Asian, which is kind of sad, but it’s like, I don’t care. I’m just going to go for it. I’m just going to do it.”

She smiles as she remembers those early days - now 11 years ago - and firmly says, “I think it’s safe to say that my passion was stronger than my fears.”

And perhaps this is why Yuna is particularly interested in uplifting other AAPI voices in the American music industry. Now that she’s “made it,” she knows that giving her stamp of approval will give credibility to others who are trying to rise to the top. She says, “It’s important for me to use my platform [...] I can give that spotlight to other Asian artists, and that’s also been my passion,” she explains to us. “And having a magazine like Timid Magazine, which focuses on the Asian story, I think that’s super important [...] that’s a huge step in terms of telling my narrative as an Asian woman working in the American industry.”

When we dive deeper into the topic of race and America, we asked her what it was like to watch the U.S. - her second home - go through last year’s racial reckoning and the rise in anti-Asian hate crimes from afar. She said, “The most important thing that we have to do right now is unity - we have to stand together and work towards a better place for everyone. We’re Asians, we’re often seen as polite [...] but now it’s time for us to be brave and go out there and just speak up and have this conversation.” 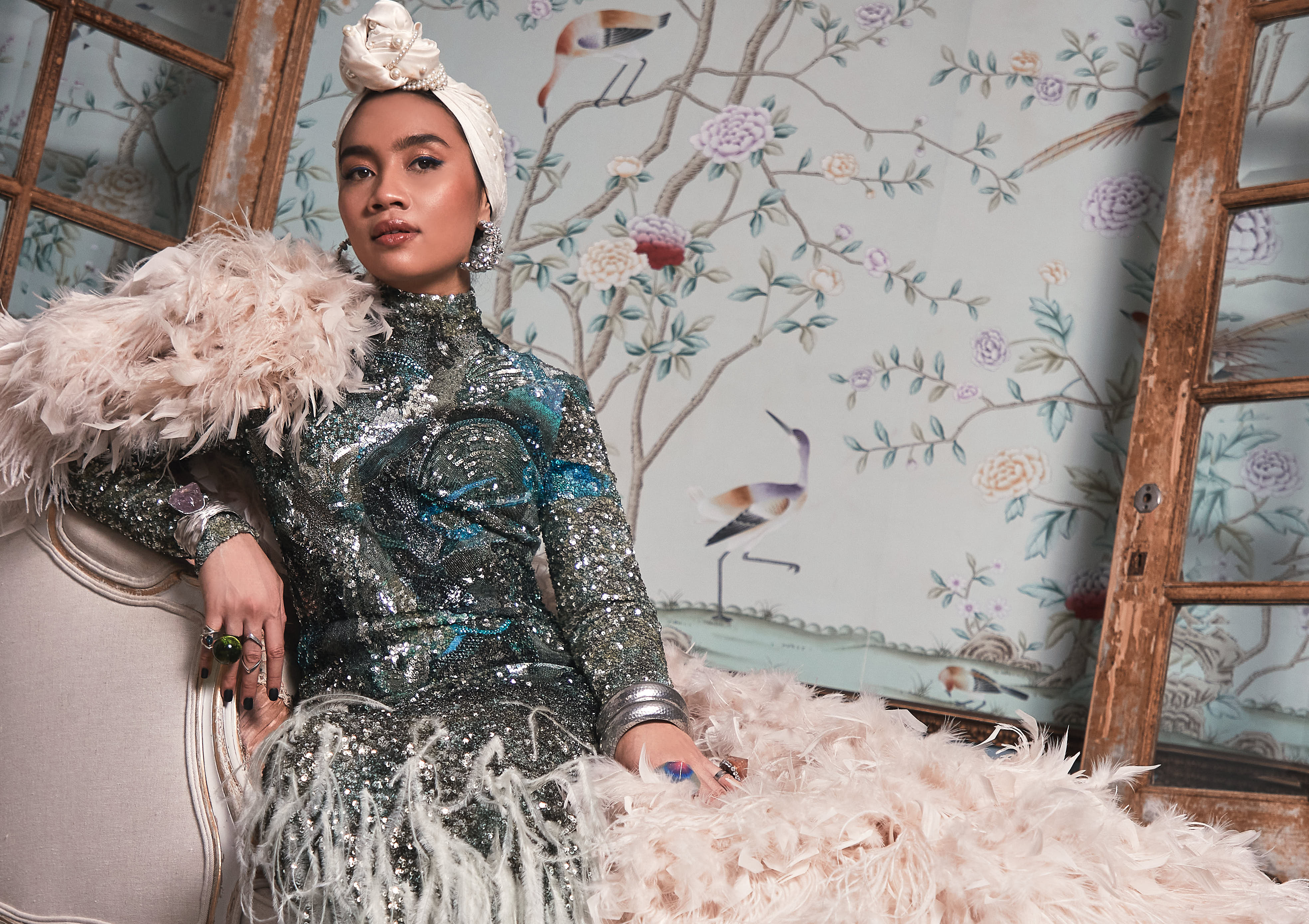 Yuna knows the power of speaking up and going against the typical Asian expectation of being timid or polite. She’s never shied away from telling her story and using her voice as a Malaysian Muslim singer songwriter - not just for the music industry, but also for social justice issues, vaccine education, and COVID-19 information. What she decides to share on Instagram holds weight for her 900 thousand followers. It also allows her to show fans a small peek into her life, her thoughts, and her music process. When she started learning how to produce during the pandemic, she also decided to hop on Twitch and share some of her projects with her fans. She says that it has helped her figure out how to have a better online studio session, all the while giving her the opportunity to connect with fans and utilize a different platform. She humbly and sweetly describes her current fame and notoriety as the “sweet spot.” She can create a sense of privacy and anonymity for herself, while still being close to her fans and breaking down those walls through her social media.

Much like Yuna herself, the music she makes has evolved over the years. Some of her fans may know her as an R&B artist, while others found her through EDM or electronic music. When asked about whether she cares about labels, she quickly replies that she doesn’t. “Great music is the number one thing when I’m writing,” she says, “It has to be the song that has to be amazing, and it doesn’t have to be R&B or folk or pop.”

This kind of attitude towards music and genres align even further when we ask Yuna who her musical inspirations are. She bounces around a bit in her seat while she talks to us about how she grew up with Lauryn Hill and TLC and how much she loves Damien Rice, Frank Ocean, Tokimonsta, Pink Sweat$ (who she has a new single out with), and Kacey Musgraves. Her taste is vast and unlimiting, and she shares that this might be what we see in her next album. “[My next album] might sound a little bit like my first album... where I’m trying different things and just having fun with music.”

Yuna’s fourth album, Rouge (2019), had an impressive track list, with seven out of the ten songs featuring other artists and collaborators. The pendulum may swing the other way with her next. “I feel like maybe I’m going to focus more on a solo project,” she said. “I’m not in a rush.”

That assured, calming statement is Yuna in a nutshell. She unapologetically knows herself and knows how to make the best music on her own time. Talking to her, you wonder where she got her drive and her confidence, until you remember that she’s been singing since she was a child - constantly auditioning without much success until her big break in 2006 (all the while going to law school). No matter how you look at it, Yuna’s impressive. No one else in the industry looks like her (yet), or sounds quite like her, but she’s paved the way for all those who will surely come afterwards. And we’ll be here, still cheering her on. 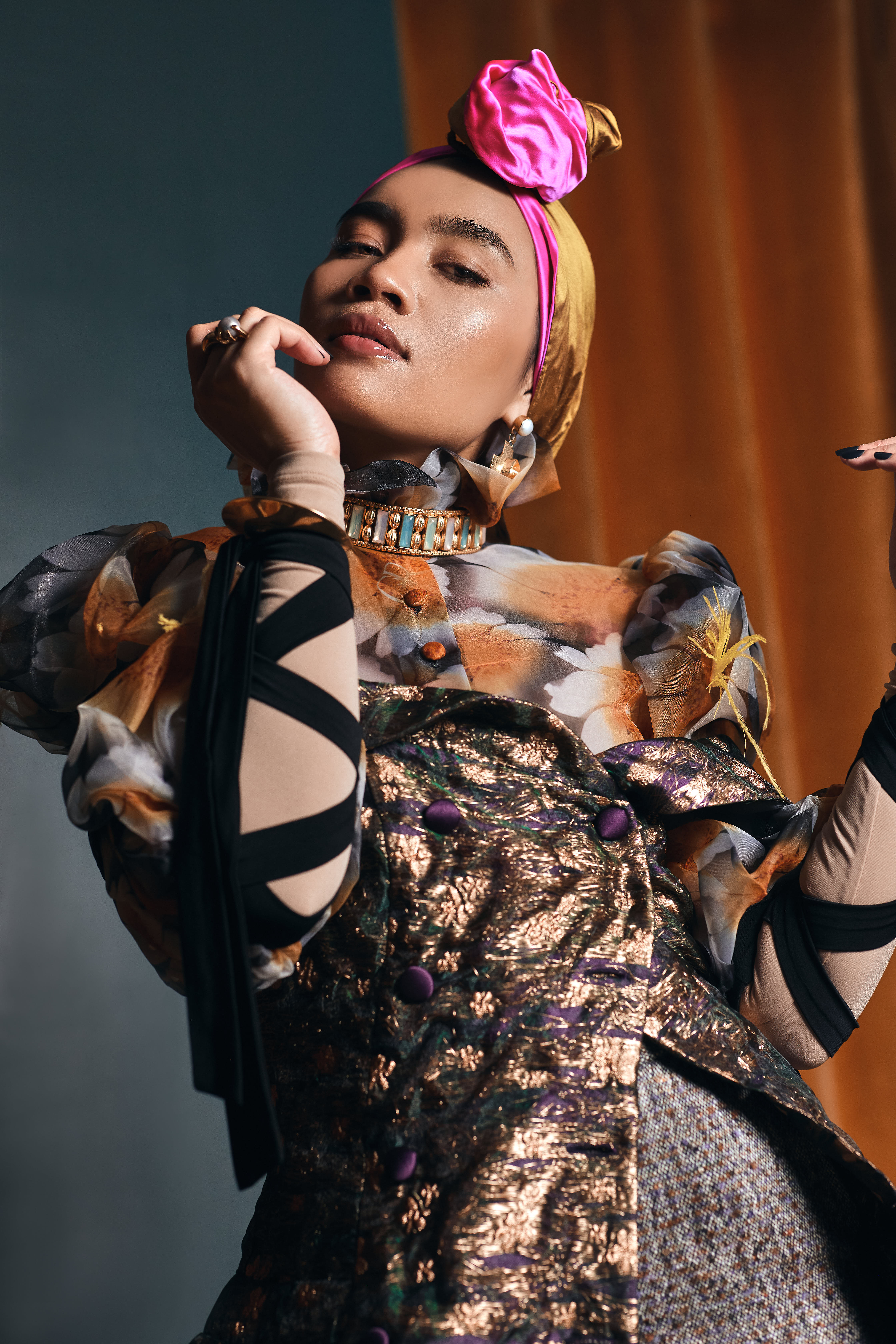 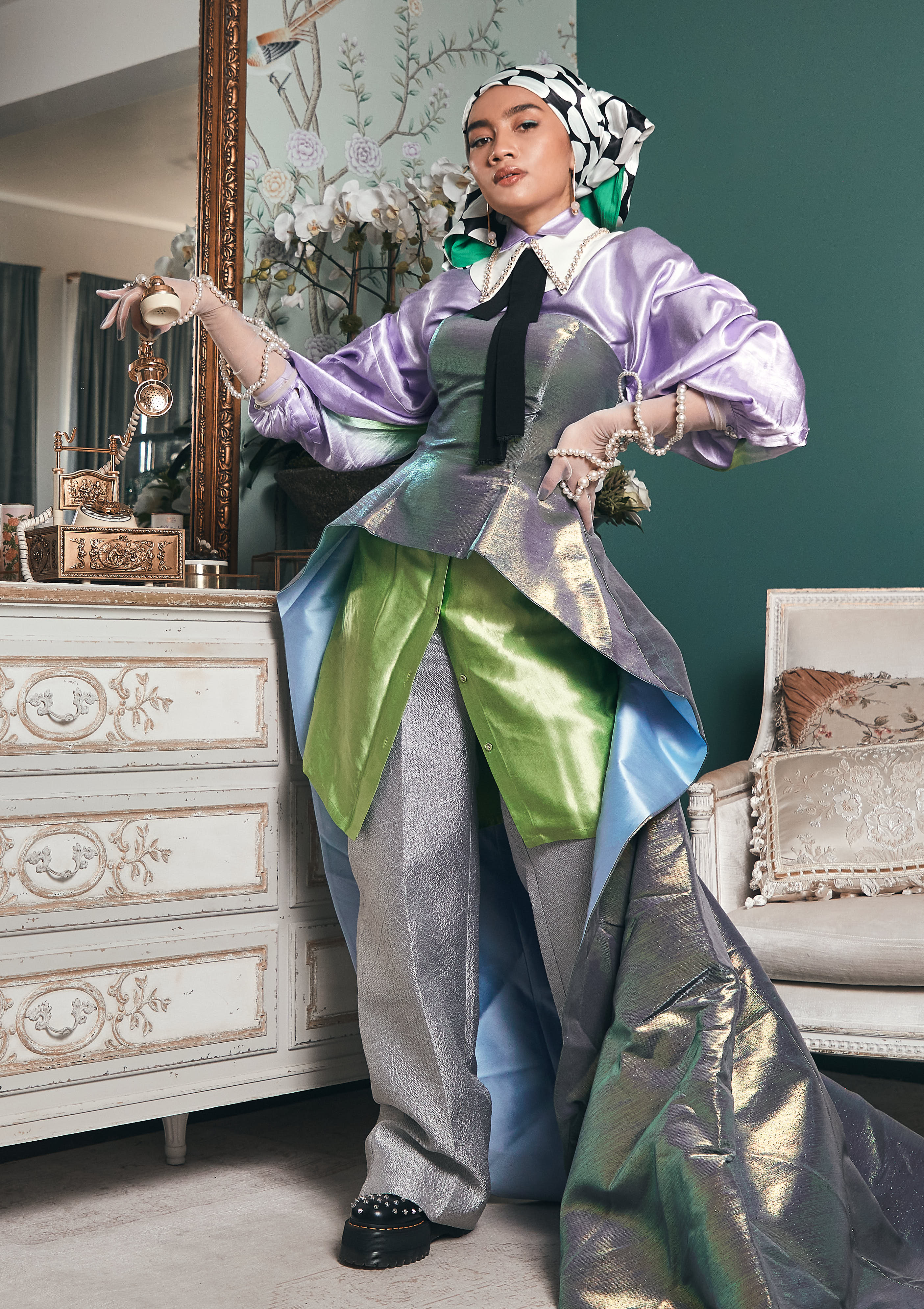 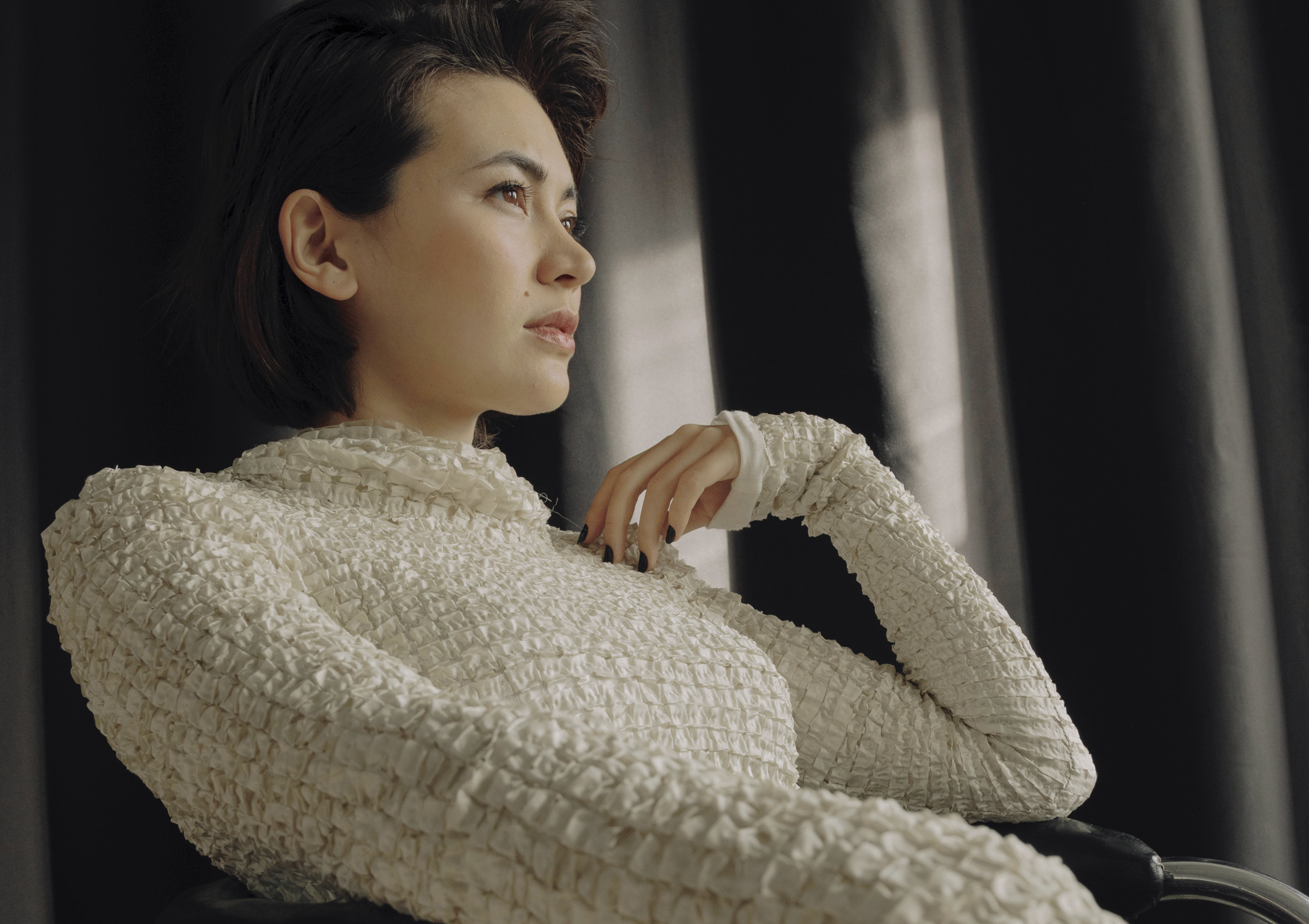 On turning challenges into opportunities 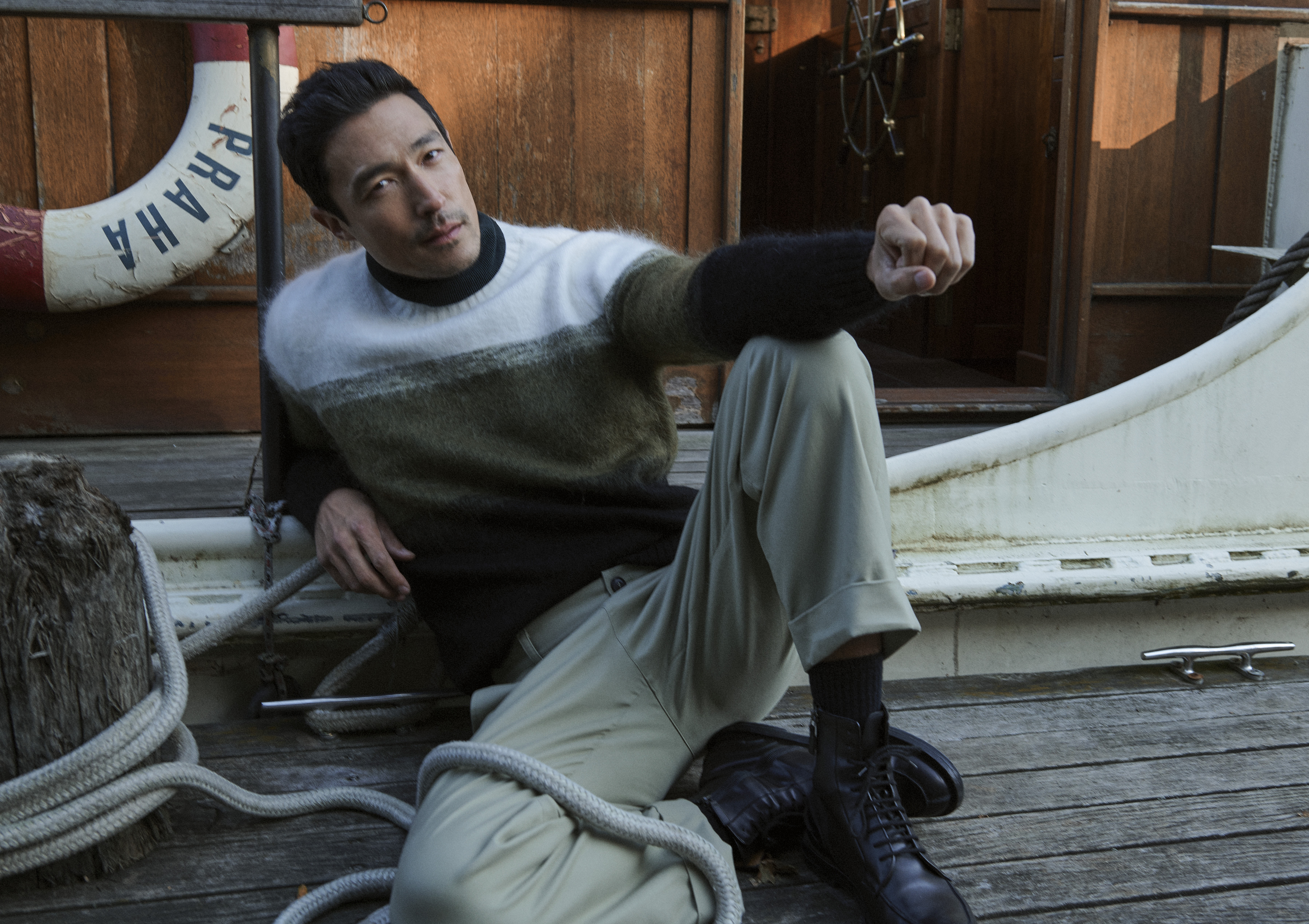 On defining your own path 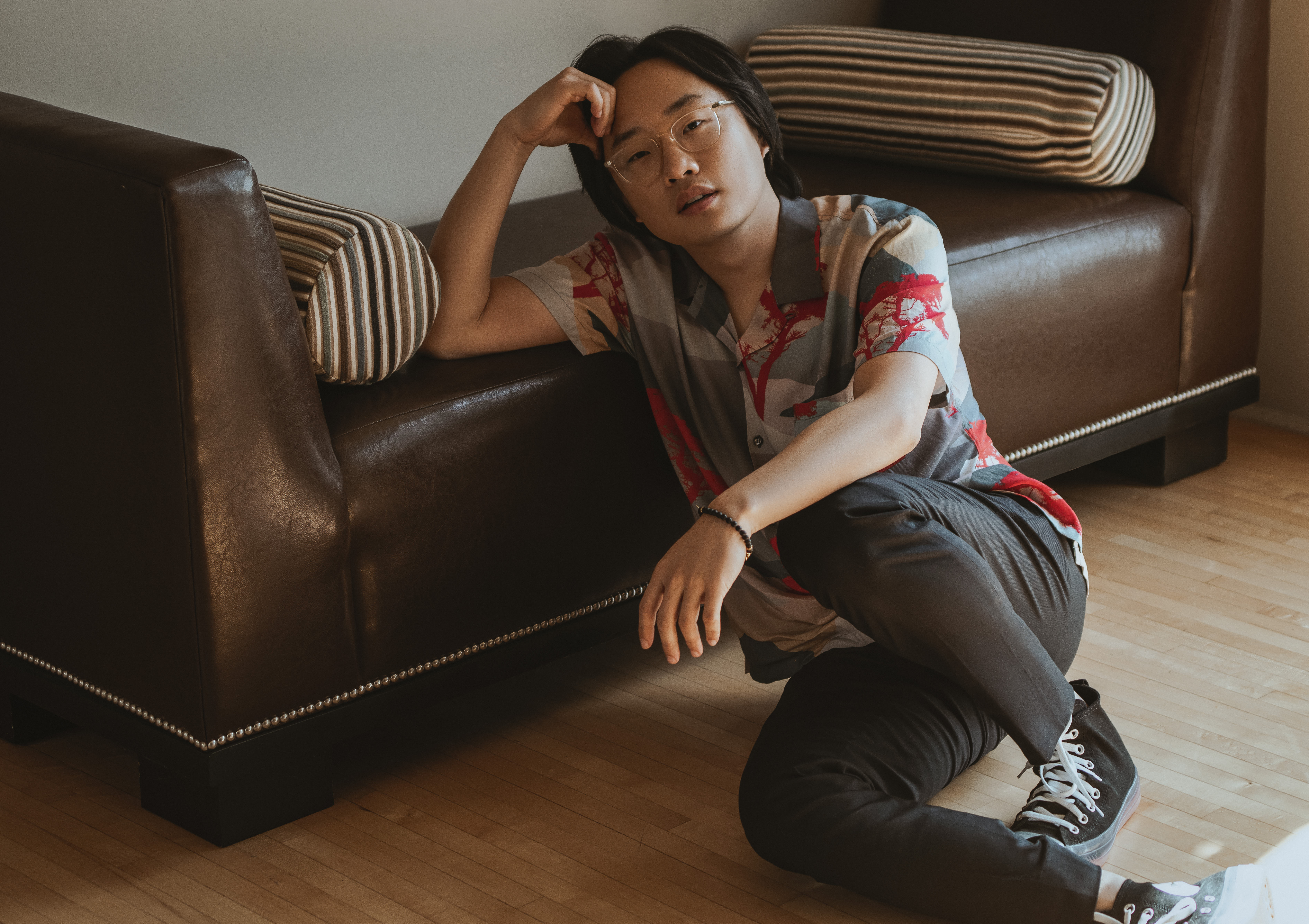