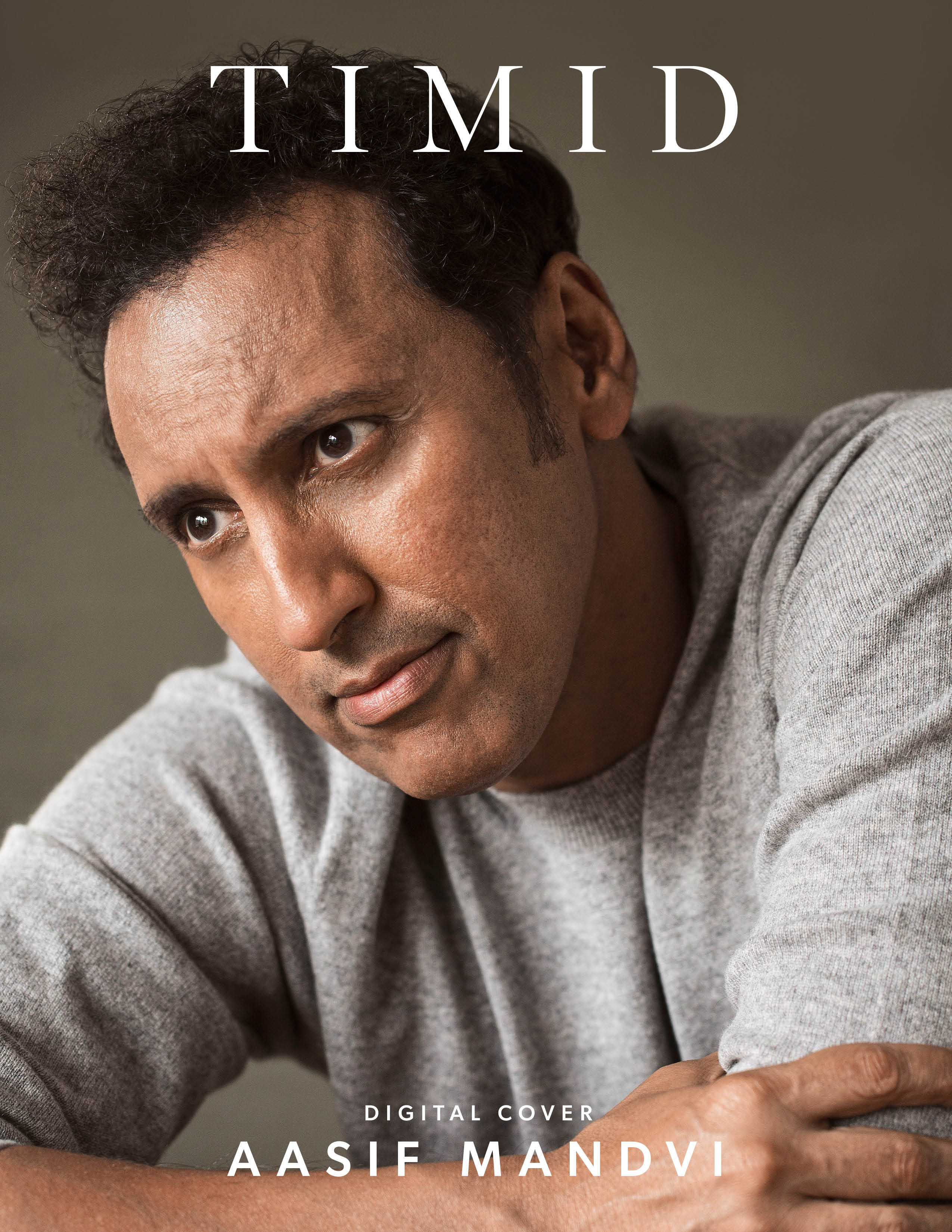 For our readers who don't know about you, who is Aasif?

That's a tough question to answer. Well, I'm a lot of things, so I will attempt to answer: I'm an actor, a father, a son, a husband, a writer, a comedian, a producer, and a sucker for online ads.

Was acting something that you always wanted to do?

Pretty much. I was around 13 years old when I discovered that you could spend your life playing and pretending. That other people would come and even pay to see you doing that. "That's pretty great," I thought, and I never looked back.

We can't wait for Evil season 2 to return! Out of all the show's paranormal activities, what are you most afraid of and why?

I'm actually not afraid of paranormal activity as much as I'm afraid of the non-paranormal. What's so interesting about "Evil" is how it leads us to question everything. Is the thing the question or not? Not everything turns out to be paranormal, and it's often the diabolical things that are non-paranormal that are often way more terrifying.

One of the most terrifying episodes was in season one, where one of the satanic boys was trying to kill his baby sister. It didn't really have to do with anything about ghouls, goblins, or demons; it was about exploring things in our culture and our city. In season two, which hasn't come out yet, we have episodes dealing with police shootings and episodes that tie into the violence we're dealing with in our three-dimensional world.

Tell us about your character, Ben - how did you prepare for the role?

Ben is a scientist, an atheist, and a person who can pretty much do anything from plumbing to writing code. Needless to say, we are very different, but that's what's fun about him. He's very different from me (except for maybe in his incredulousness and comic dryness, which I think we share somewhat), but that's what is so fun and challenging about doing the role. A character always allows the actor to discover and uncover parts of themselves that they may not have otherwise- So, Ben really enables me to do that.

In what ways are you and Ben different from one another?

Ben is good at a lot of different things; he's a little bit of a MacGyver type of character. He can fix almost anything; he's a scientist, he's also a person who can build and fix things. He's just like kind of a know-it-all, which is very unlike me. I'm lucky if I can fix a washing machine! He also wears a lot of plaid and work boots constantly, and very tight jeans, which I don't. 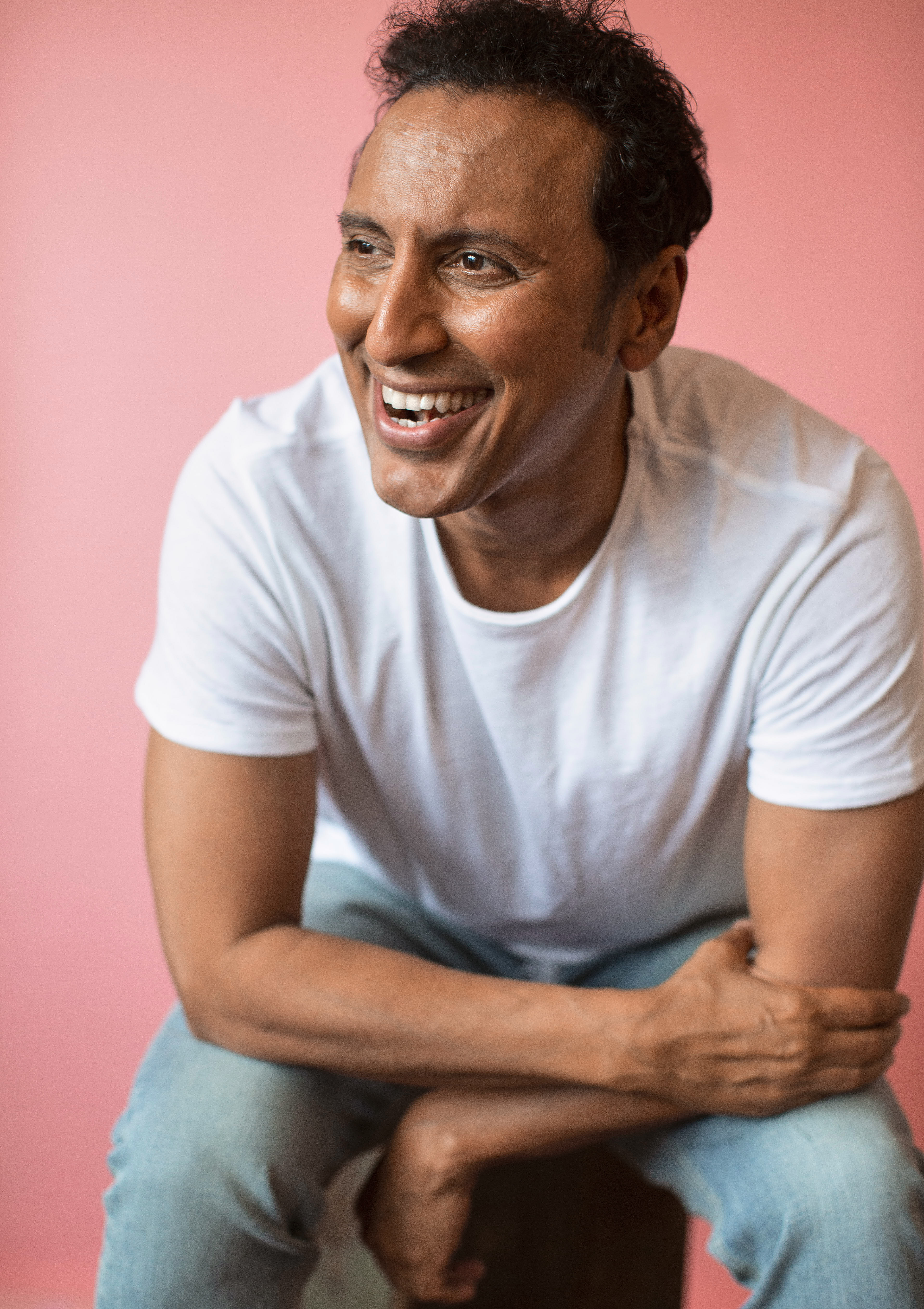 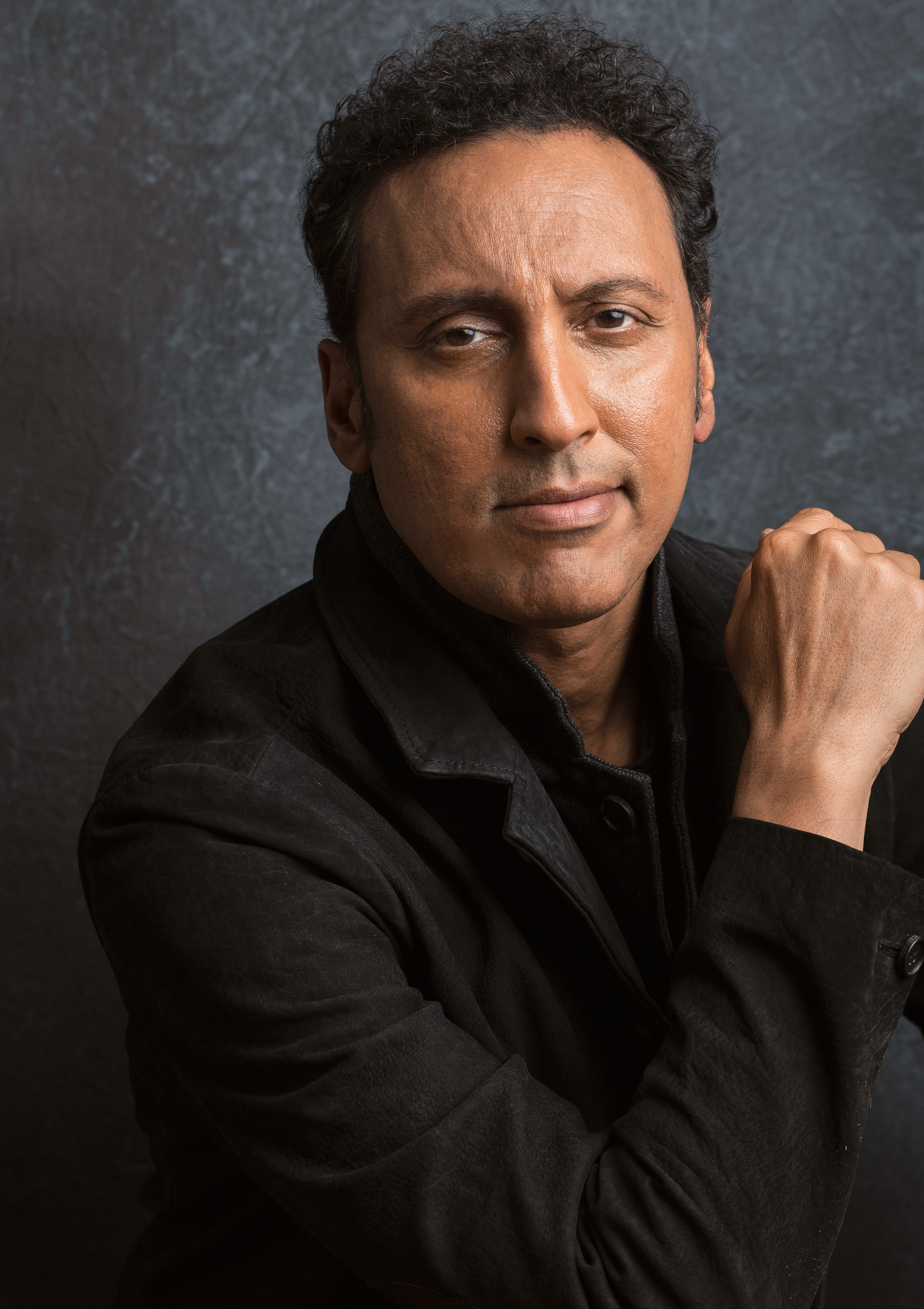 Have you ever felt pressured or expectations in the industry because of your race?

I'm not sure I've felt pressure, but over the years, like many Brown actors and especially when I was coming up in the business in the '90s, I did experience a lot of stereotyping and racism. There weren't many parts for Asian or Middle Eastern characters, so most of them ended up being brown characters, as seen through the eyes of usually white writers.

How do you address stereotyping and racism?

As a storyteller and a performer, I would tell more diverse stories about people of colors, Asian Americans, and South Asians and use that to shape reality. That's why storytellers are important. People seeing stories from various points of views, culturally and racially, will drive a lot of what we perceive as true about others. A film like Minari, for example, conveys that experience. The more we can tell stories like that and allow there to be a space for it, the more we'll see each other's humanity.

Where would you like to see the filming industry go this coming year for Asian representation?

This coming year? I'm not sure I can answer that. In general, I think stories are important. Stories shape reality. The more we are willing to listen to and tell stories that expand the lens through which we see the world reflected back to us, the better off we are as a species. Diversity is so important right now. With more diverse storytelling and narratives, the better off we are as a culture. This year's Oscar contenders are Asian Americans, and South Asians, and Muslims. We are starting to see Hollywood embrace more stories like that as we extend out into a global audience as well with streamers like Netflix and Amazon. You are finding that these entertainment giants want to make more content for global audiences, not just American audiences. We're starting to see a cross-pollination of stories; for example, stories told specifically for Indian audiences are now crossing over into a larger global audience and vice versa.

What does transformation mean to you personally? How would you say you've transformed over the years in your career?

To me, it means change, and the inevitability of change is the one thing that will never change. What I mean by that is nothing stays the same; it is not the nature of the Universe. So on a personal level, we should never be afraid of trying to change or challenge the status quo, whatever that looks like in one's life personally or professionally. It may not always be the right time, but it's usually always the right move.

What advice would you give to the next generation who wants to explore the world of acting?

There's no better time than right now to do it. There are more outlets and platforms seeking content than ever before in the history of this business. With the emergence of the internet and social media, and streaming services, there is a new emphasis on content that can appeal globally. Creators of content no longer have to be as concerned with the "White gaze" as much as they used to, and so it's a relatively fertile time to be Brown or Black in Hollywood. 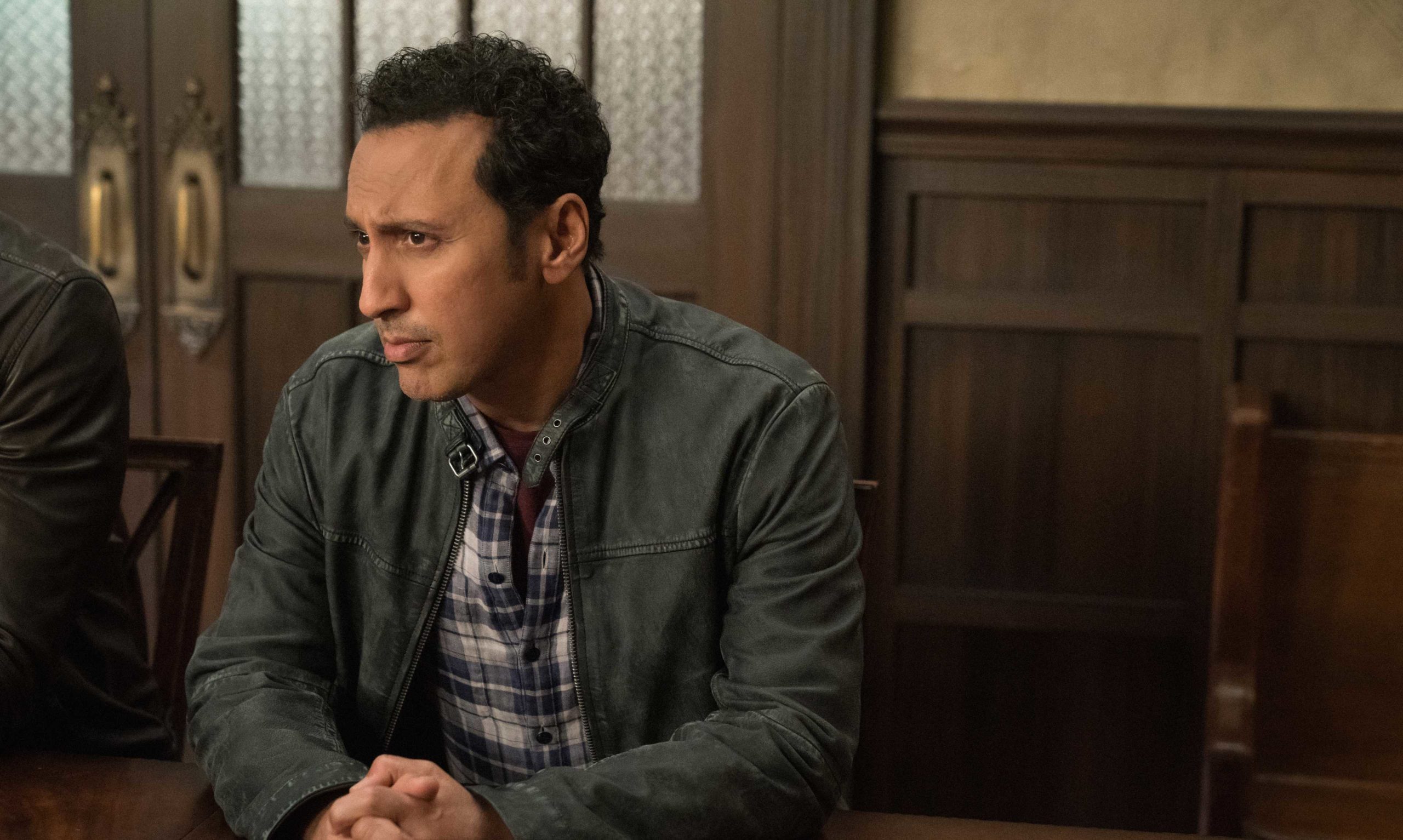 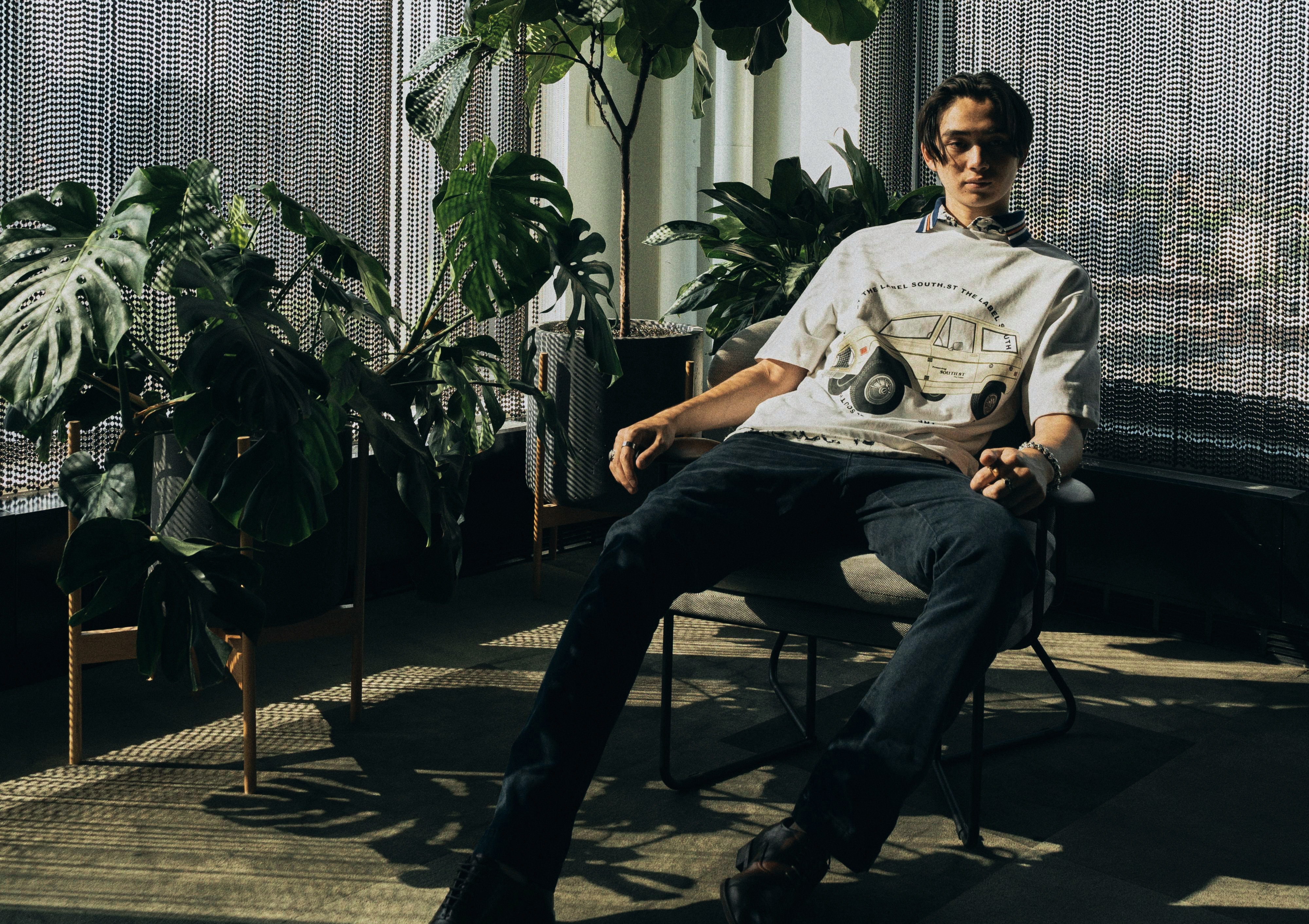