On acting and Asian American representation

Christine Ko recalls that she was very curious as a child and loved to tell stories. She would act out characters from Disney movies for her family at the dinner table. However, at the time, it was a simple enjoyment for embodying different characters rather than a career aspiration. She pursued other options, graduating from college with a degree in finance, but eventually found her calling in acting.

Currently, Christine stars in DAVE, a comedy series whose second season premiered in June. "I've been really happy with the response to the new season," she tells Timid. "We worked really hard to bring the characters back and have them tell a different side of their story. Dave and the writing team really did a deep dive into everyone's backstory, and I think that really helped the viewers understand every single one of the characters more."

Christine plays Emma on the show, an old friend of the titular character and someone she describes as "much more blunt" and "definitely way cooler" than her. Despite those differences, she connected with the character because they both value honesty. In a similar vein, Christine tried to find something to relate to in her previous roles, believing that it helped her better understand the characters. With Angela in Tigertail, it was the familiar feeling of being distant from one's parents and yearning for their unconditional love. Even in Just Beyond where she played a villain, she identified with how the character's deep insecurities, when channeled in wrong ways, led to bad decisions.

“I feel like everything I play is an exaggerated version of myself,” she muses.

Just as the profession constantly changes, so does the industry, as seen with the emergence of more roles for and stories about Asian Americans. "I feel like Asian American representation has absolutely advanced in a positive light," Christine tells us. "But we still have a lot to do and more stories to tell. We will never stop asking for more representation. We want more people from our community in front and behind the camera. We want representation on the executive level. We want people that look like us to have the ability to greenlight projects and give budgets to those who are trying to tell their story."

When she reflects on her career so far, Christine feels fortunate to have worked on some of her dream projects. She had always wanted to work on a sitcom like Friends, and The Great Indoors was the first project that she booked. She loved the show's structure and being able to perform in front of a live audience, not to mention the opportunity to work with Joel McHale and Chris Mintz-Plasse. As far as dream locations, filming in Hawaii made working on Hawaii Five-0 a memorable experience. The same can be said for filming Tigertail in Taiwan, where her mom visited her on set.

Thinking back on when she first started out, Christine remembers how she had thought that she needed to know everything to get the job. That she had to be perfect on set or be fired. Slowly, she learned that acting is an ever-changing profession and that the most important thing is to give herself the time and space to grow into every role. "You have to put in the effort and the hard work it takes to feel fully prepared for the job and not limit yourself to what other people see," she tells Timid. But most importantly, she says that "you have to be the one that believes in yourself the most."

Teasing about her upcoming projects, Christine tells us that she just wrapped up filming a rom-com in Utah. It's the genre she grew up watching, so she's incredibly excited about it. She's headed to Syracuse next for an indie film directed by Nicholas Ma. "I think he has impeccable taste, and this is another film that puts the Asian American female story at its center, which I'm really proud of. I can't wait to start shooting!"

Looking ahead, Christine hopes to work on more romcoms and get into action films.

"I think it's essential to see Asian American women at the center of these stories," she says.

But in her more immediate future, she looks forward to being able to spend time with her loved ones. The pandemic has stressed the importance of maintaining key relationships in her life and striving for a balance between living her life while pursuing her dreams. "I'm still figuring out how to do that," she admits, "but it's a nice goal to set." 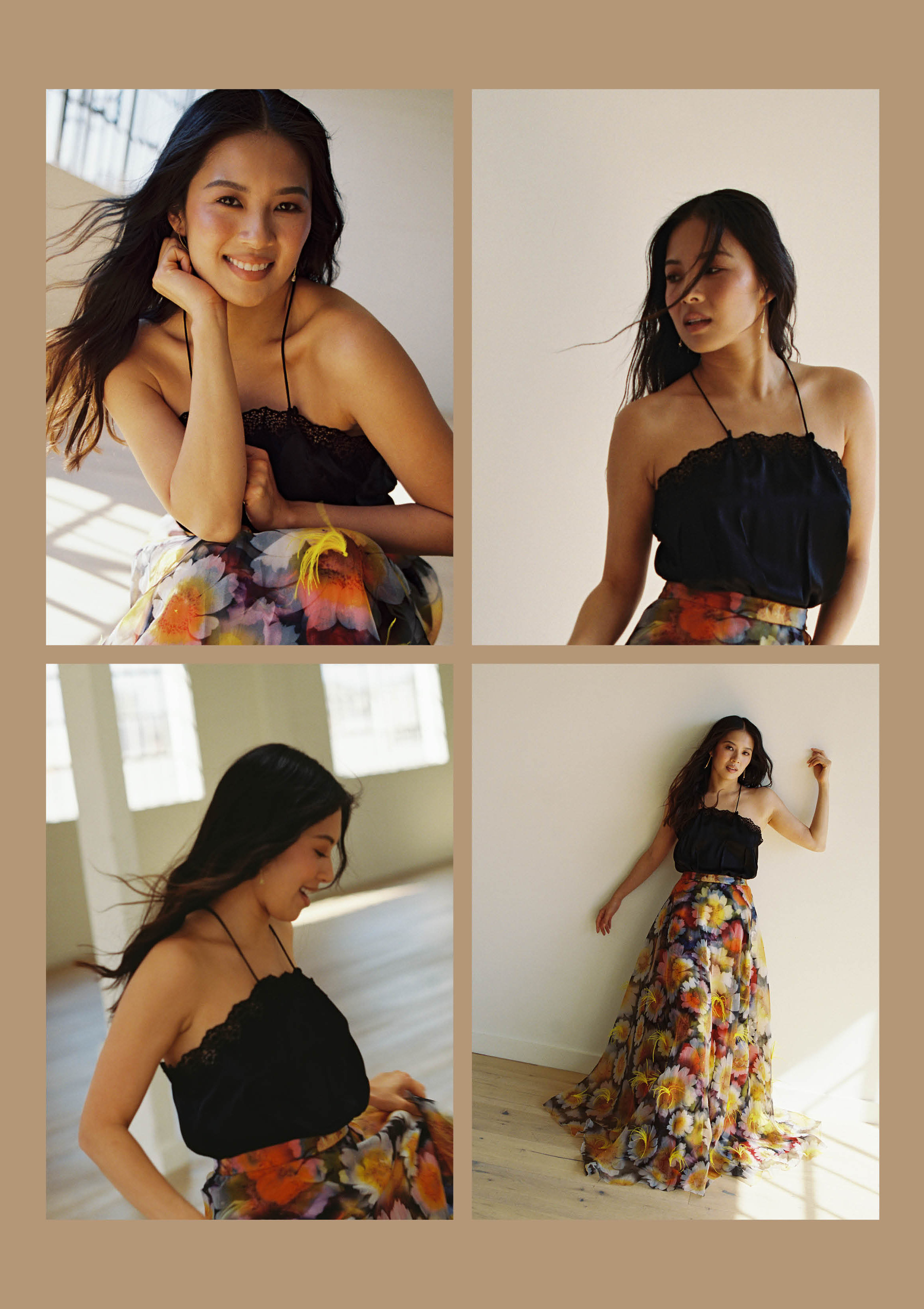