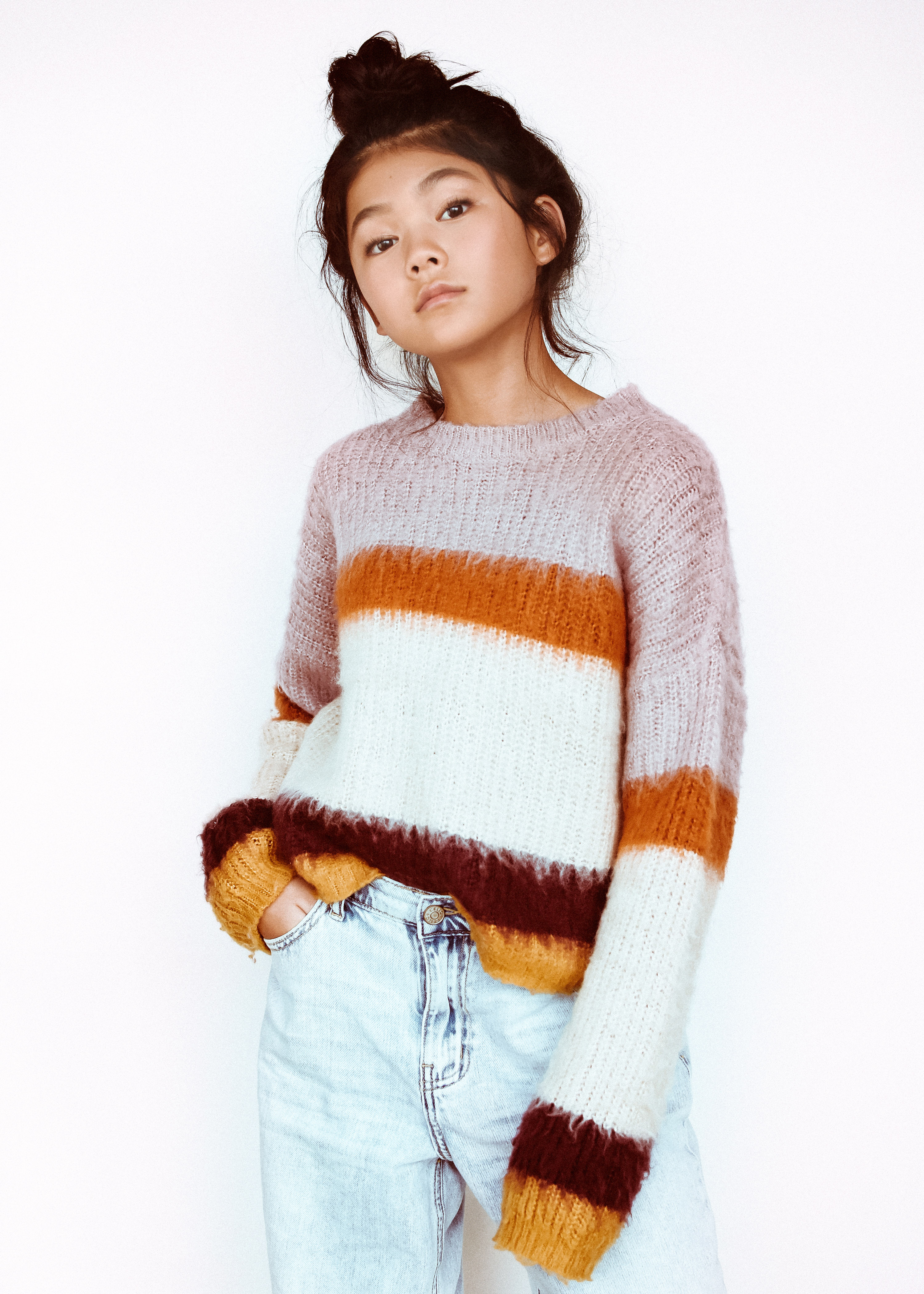 The rising actor in Netflix's adaptation of "The Baby-Sitters Club"

From appearing in one of Netflix’s most successful global film franchises to date to bringing charming and heartfelt characters to life on screen, actress on the rise, Momona Tamada has quickly become “one to watch” in the entertainment industry this year. In 2020 Momona can be seen starring in Netflix’s highly anticipated series “The Baby-Sitters Club.” Based on Ann M. Martin’s beloved books, the series follows a group of girlfriends and their homegrown babysitting series. Momona shines as Claudia Kishi, the vice-president of The Baby-Sitters Club and an all-around fashion maven. The series is slated to premiere on July 3, 2020.

Momona burst onto the scene in early 2020, appearing as a young Lara Jean (Lana Condor) in Netflix’s global sensation “To All The Boys: P.S. I Still Love You.” She is set to reprise her role in the third film, “To All The Boys: Always and Forever, Lara Jean.” Additional credits for Momona include a lead role in Netflix’s family film “The Main Event,” AMC’s award-winning series “The Terror,” and Amazon’s “The Boys.”

Raised in Vancouver, Canada, Momona was born to Japanese immigrant parents. Her name aptly means ‘hundreds of beaches,’ inspired by her hometown of Vancouver. Aside from acting, Momona is an award-winning dancer and has been competing since the age of four. She has performed in the B.C. Summer Games Opening Ceremonies and with the Royal Winnipeg Ballet. Commercially, Momona has modeled in the ivivva campaign for Canadian powerhouse athletic wear brand lululemon. Momona is fluent in Japanese and is a well-balanced student achieving excellence in all of her studies. In her free time, Momona is an avid baker and cake decorator.

Growing up as a Japanese immigrant, what are some of the notable lessons you have learned?‍

I don’t know if this is a Japanese lesson, but my parents always reminded me to be respectful. That includes respecting your body, friends, family, teachers, nature, the house you live in, the things you use, etc… I’ve always respected the people around me and their creativity, especially when it comes to being on set at work. When you treat people with respect, they usually treat you the same way. They may have different ideas and opinions from yours, but you can still be respectful and work harmoniously together.

Dancing competitively since the age of four, how and when did you transition into acting?

About two years ago, I attended my agency’s open call audition for dancers and was chosen out of over 200 artists to be represented. I didn’t have any acting experience before that, but as a dancer, I express my feelings and tell stories through dance, which helped me act down the line. When my agent began sending me to auditions, I discovered that I loved acting and it came very naturally to me even though it was a different form of expression than I was used to.

Where do you source your inspiration from when it comes to acting?

It’s different for each project! I usually research the storyline and the history of the character. I learn a lot from watching different shows and movies and having the chance to work with other cast members - the ones who have been in the industry for so long always inspire me!

We are super excited about “The Baby-Sitters Club,” can you tell us what to expect from the show and you playing the role of Claudia Kishi?

As you may already know, “The Baby-Sitters Club” is based on the beloved book series by Ann M. Martin. This adaptation will be enjoyed by fans of the book series who grew up loving these five diverse protagonists, but it will also be enjoyed by new audiences. The series tackles timely subject matters as well, so there is still a fresh twist to the storylines. I hope the new generation of viewers can relate to some of the obstacles that the girls face, but most importantly, I hope they feel seen and represented in the show. Claudia Kishi was one of the first characters in pop culture that made me feel represented, so getting to play her in this series is such a dream come true to me.

It is super inspiring to see you trying out so many things at a young age. What advice do you have for the young generations?