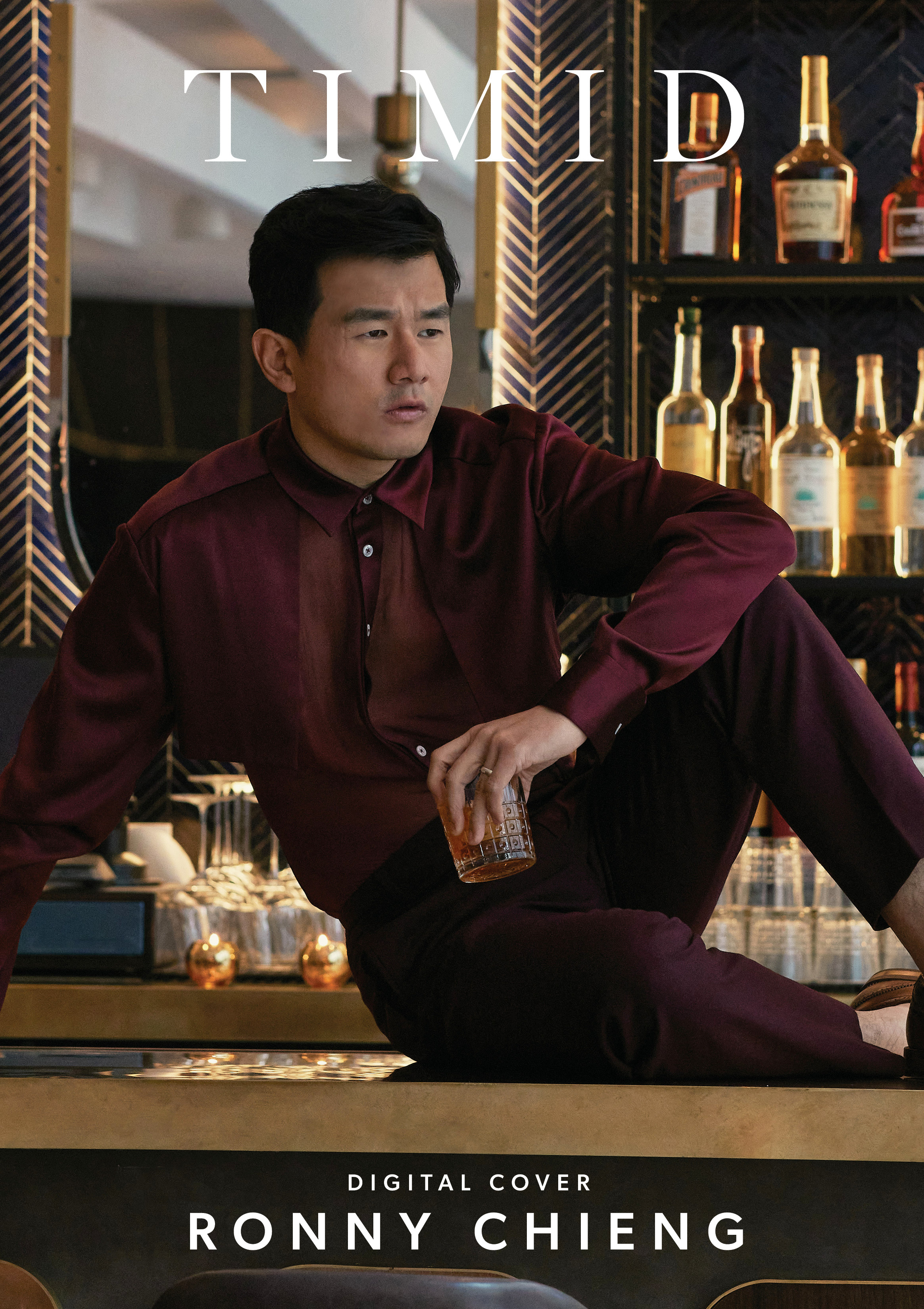 On following his own time in comedy

Ronny Chieng has many faces. You may recognize him from his roles as Jon Jon, the fight club ringmaster in Marvel’s Shang-Chi and the Legends of the Ten Rings, to Eddie Chieng, the obnoxious private banker in Crazy Rich Asians. Outside of film, Chieng has also been bringing us laughter for the past decade through his segments on The Daily Show, and his first Netflix stand-up special, Asian Comedian Destroys America! Now he’s back with his latest Netflix comedy special, Speakeasy.

Timid Magazine: Before getting into comedy, you studied Finance and Law—can you tell us more about this time in your life?

Ronny Chieng: I studied Finance and Law, but I never worked in it. All my friends were in it too, but luckily I just went straight into comedy. Seeing my friends in it made me realize that I’m incompatible with that industry and that it would suck for me to work in it. So, I guess the grass is not always greener.

TM: That’s awesome that you dove straight into comedy. Where do you draw your inspiration from?

RC: Honestly from just living. Living your everyday life, meeting and talking to people. If I knew where it came from it would be a lot easier! But I learned that if you go about your life these moments will naturally come.

TM: Looking back, would you have done anything differently? What advice would you give to someone that is just starting out in comedy?

RC: Nowadays, I do a lot of talks for college kids and I wish someone had told me when I was that age that you shouldn’t feel like you have to do things at the same time as your peers. You should take your own time and do what’s best for you.

For example, if your peers are graduating at a certain time, you don’t have to graduate at the same time if you’re not ready. Take the time you need. Run the race at your own pace. What’s more important is spending the time you need to do what you want to do instead of trying to keep up with other people. 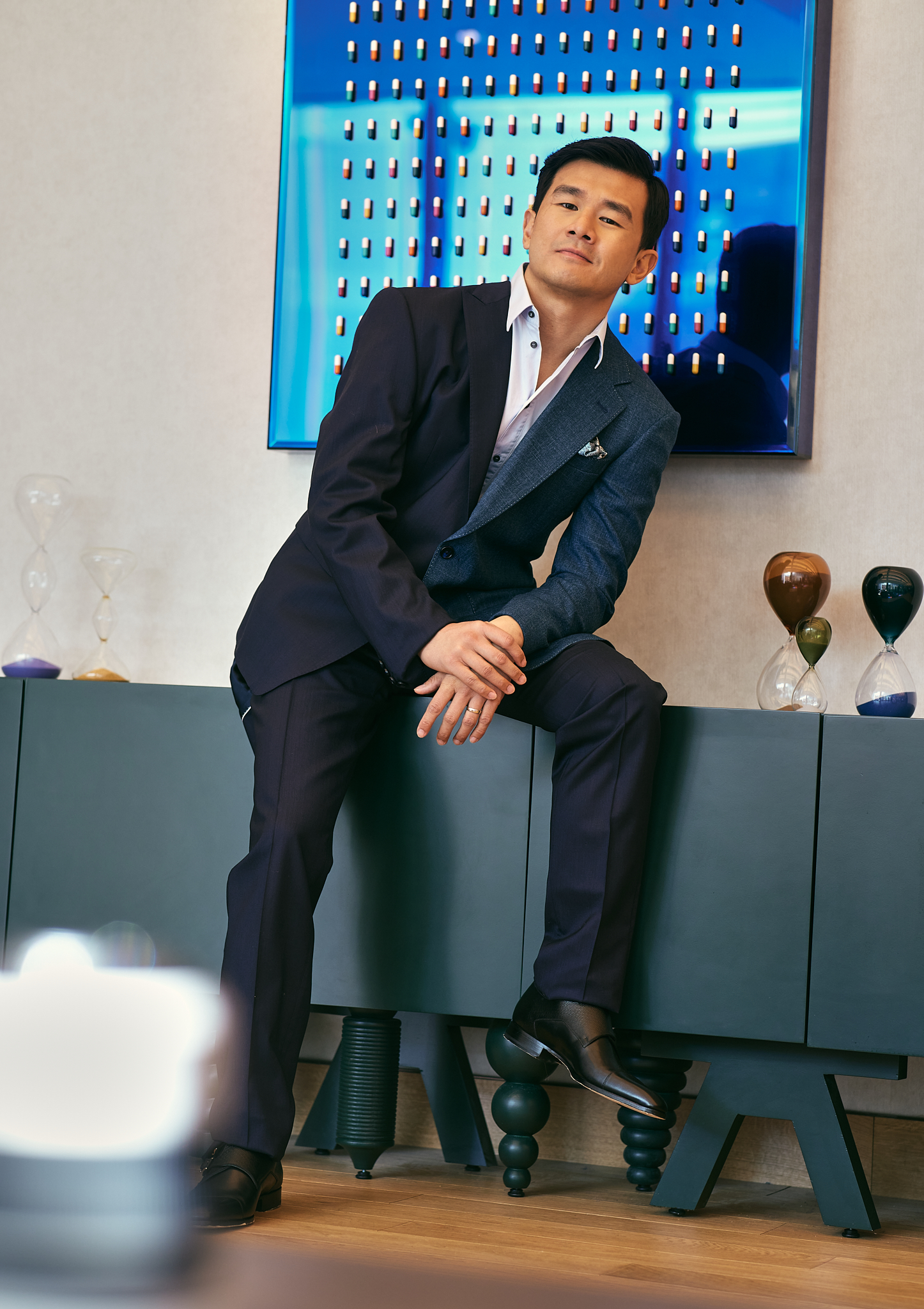 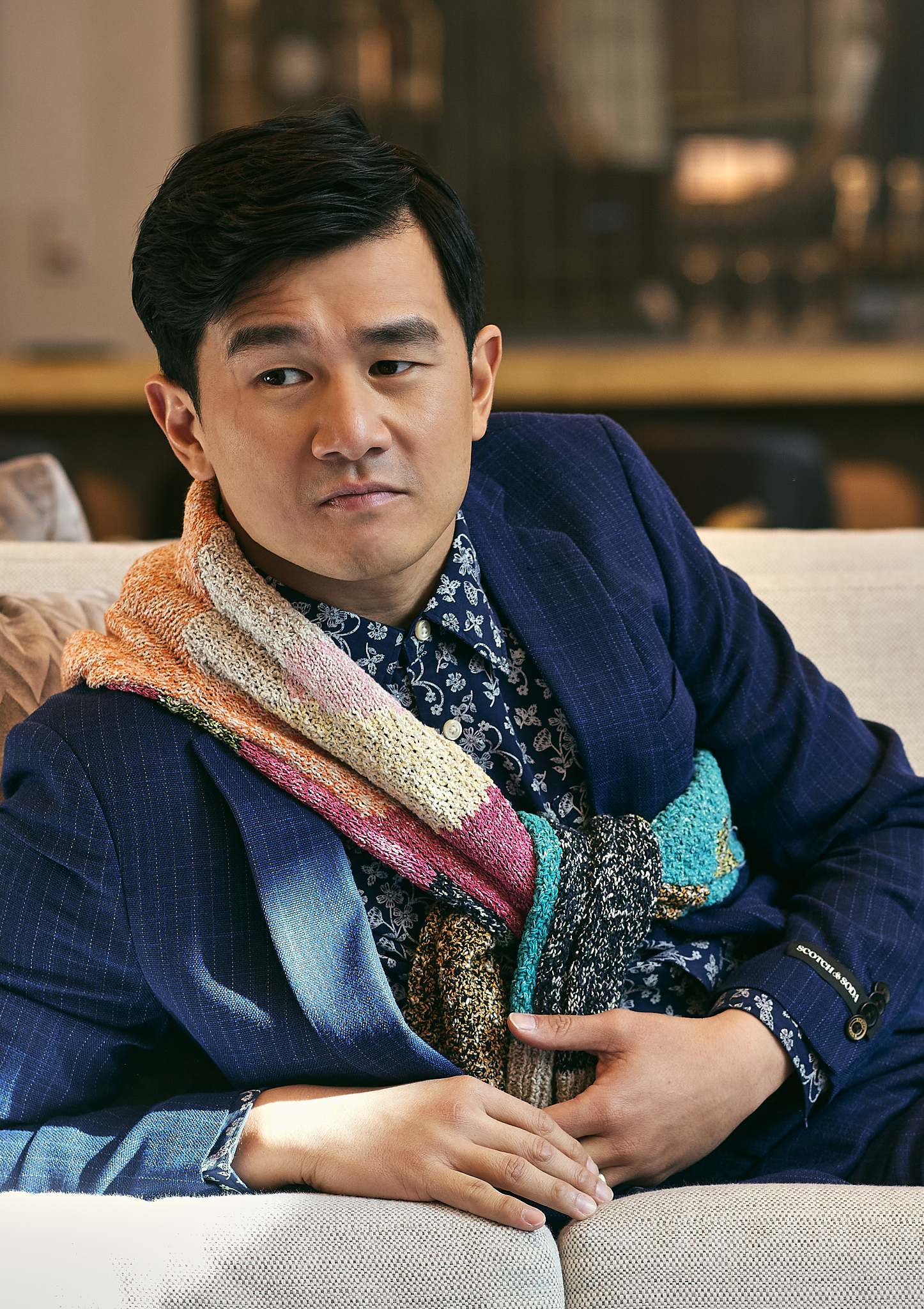 TM: Did you feel like you needed to keep up with other people?

RC: Definitely! I wish I had taken my time on my own things. I wish I didn’t do things just because I was trying to keep up with everyone. I always thought that maybe it would have been better if I started university a bit later, or took a break during my time at university.

TM: In a past interview, you mentioned that you treat comedy as an art form. Have you always viewed comedy from that point of view?

RC: Comedy as an art form…I think I only figured that out maybe like five years ago.

When I view it as an art form, I really put work into it, and I treat it with more respect. There’s no equation. There’s no right or wrong. There’s no is it funny or not. It’s about artists feeling it out and expressing themselves. People usually don’t see comedy as an art form. They might think it’s dumb, and I’m not saying it’s the best art, but it is my chosen art form.

When people ask me, “Hey, this person said this and that, what do you think?” I would think—well who’s this person? Are they an amateur? I am a professional artist, whether you like it or not. This mentality helps me separate people who do and who don’t do comedy. It’s almost like asking a professional painter when you have never painted in your life “is this art? Is this the right way to paint it like this?”

TM: I definitely agree! Do you think comedians have different ways of performing their set?

RC: I think a lot of people don’t understand that there’s an artistry to doing comedy. They may take it for granted and assume you would be doing the same set. Everyone wants to think that they have a good eye or a good fashion sense, but actually they might be all terrible. Because if they were good, they would understand it as an art form.

TM: As someone who has been in the industry for a long time, do you think that most comedians have their own way of doing their sets or a signature style?

RC: Oh, of course! That’s why for the professionals, it’s very very rare you see them doing the same joke. Everyone has different takes on things and various ways of expressing themselves.

TM: What are your thoughts on short form digital comedy?

RC: Short form definitely works better on the internet. That’s undeniable! But for me, I would hate to be an internet comic. Doing it live is different. People come out to watch me perform live. That’s how I see it.

TM: You want that immediate reaction from the audience.

RC: Yes! I want that reaction, but I also came from live performing, so getting people to come out and see me is the challenge right? If it happens to be on demand, that’s good. I’m just really lucky to be in the position where I don’t need to worry about the internet and focus on live performance now. 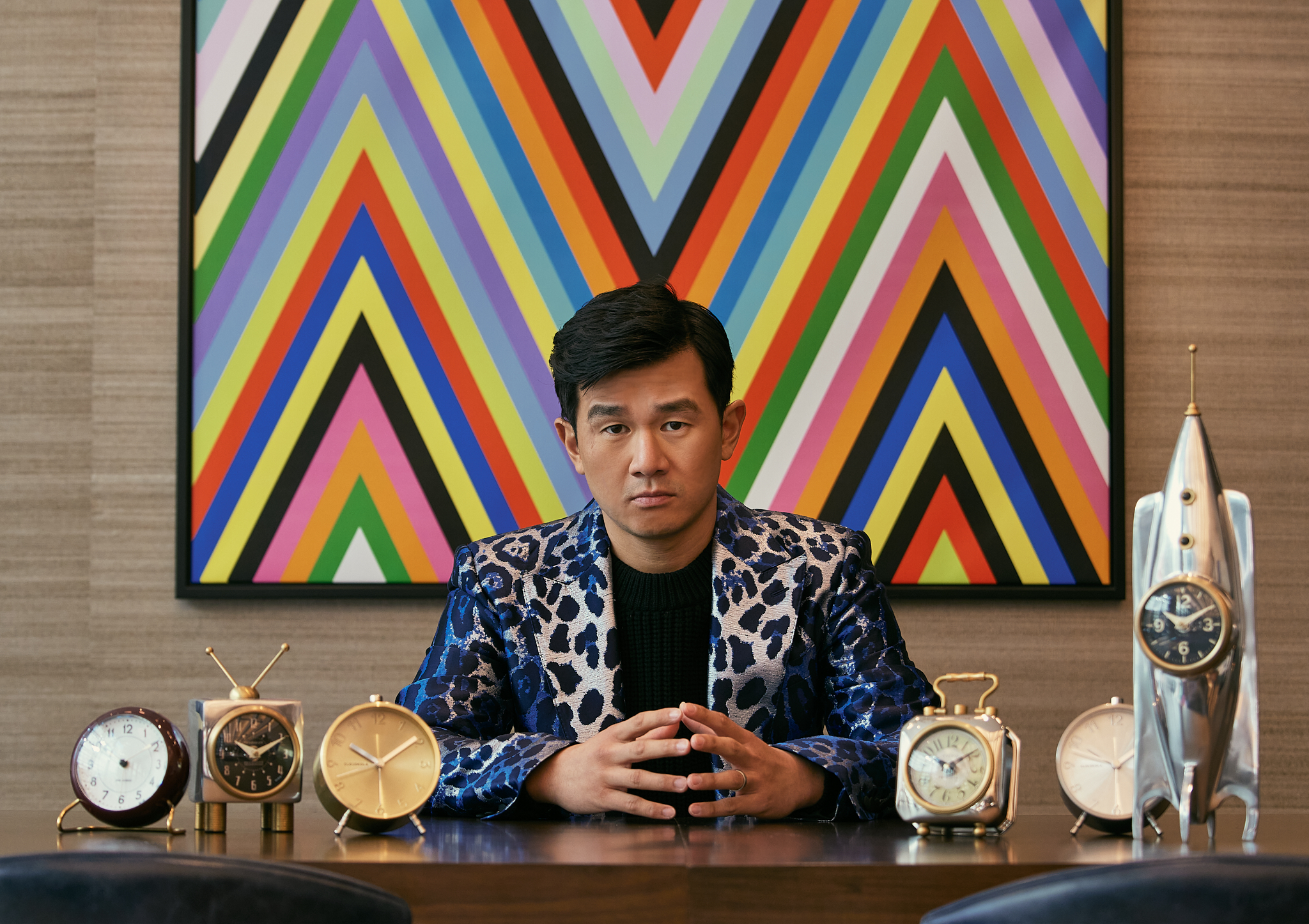 TM: Speaking of internet comedy, where do you think comedy is going in the next few years?

RC: I think comedy has gone from purely offline to people doing comedy on YouTube. In the last couple of years people have been figuring out ways to do stand-up on the internet. No one really uses the internet for stand-up, they are mostly doing YouTube comedy, which is a different style. But now I’m seeing more people putting stand-up clips on Instagram, so audiences are learning more about stand-up.

With stand-up comedy, you need a little bit of patience because the audience has to wait for the set up. So you have to invest a little bit—you can’t just listen and watch for three seconds and scroll to the next thing. Now people are putting in time and figuring out how to do actual stand-up online.

TM: It’s been two years since your last special Ronny Chieng: Asian Comedian Destroys America! How does it feel to be back for another one?

RC: It’s great! I was actually ready to film my special two years ago, but I wasn’t in a rush. So I took my time to get it right. With the first special, I found an audience, and as a stand-up comic, finding an audience is kind of all you can ask for.

It works when you give people just enough time to watch the first one, but also leaving a gap in between them so that people can miss you a bit. Like music, people tend to miss you and anticipate the next song. I guess that goes back to what I said before, to “take your own time”. This special came out when I wanted it to.

RC: It was challenging! I made it more ambitious and difficult than it should be. Usually you would shoot the special in a theater, but this one took place in a small Chinese restaurant in Chinatown, New York.

During the pandemic, I had a vision to do something like the Copacabana in Goodfellas. Credits to the whole team who made it happen!

TM: Yeah, you wanted something that’s very iconic that sticks to people.

RC: I definitely wanted something that stands out a little bit because there are a lot of stand-up specials now. So once something looks a little different, it looks a bit cooler. It was definitely hard, so I’ll never do that again, but Speakeasy is something I’m extremely proud of.

Speakeasy is available to stream on Netflix. 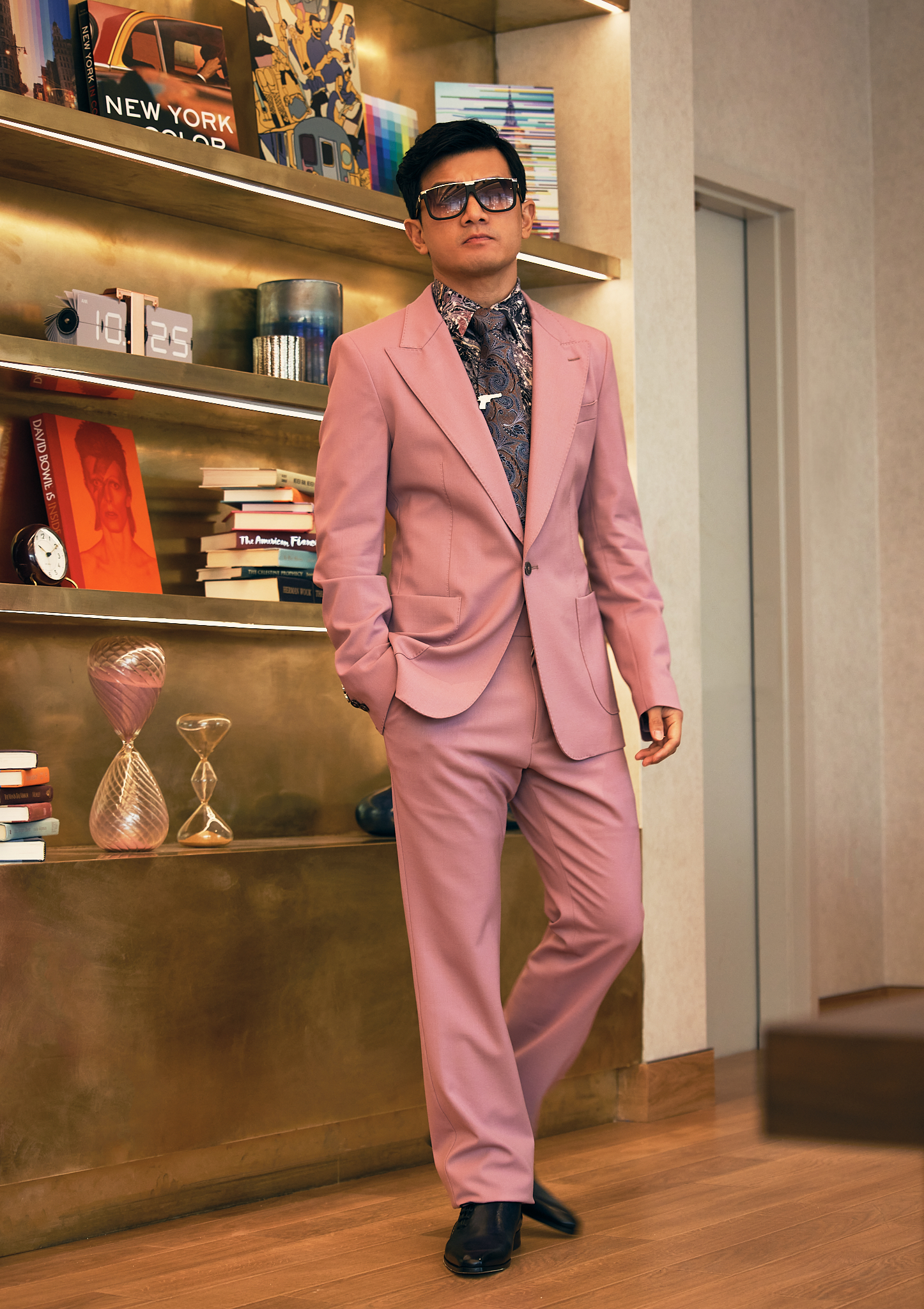 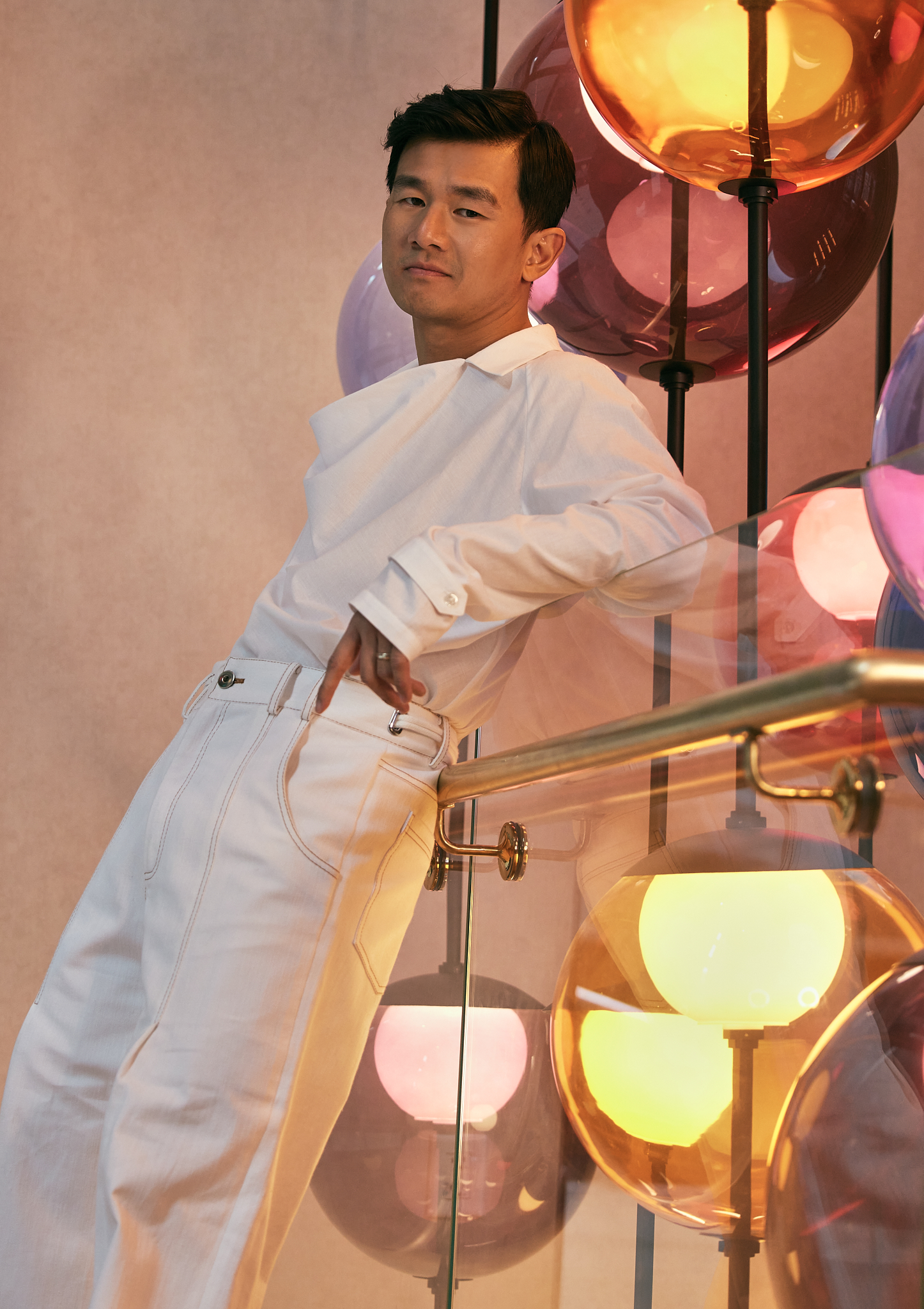