Running a few minutes late, I hopped onto a video call with Yoshi Sudarso and introduced myself with an apology. Unfazed by it, Sudarso greeted me with a warm smile as he sat in a gaming chair rocking a black Playstation t-shirt.

Stuntman turned actor, Sudarso has many credits to his name. He starred as Koda, the blue Power Ranger in Nickelodeon's Power Rangers series and can be seen in Bao Tran's upcoming film, The Paper Tigers (2021).

During our conversation, Sudarso openly spoke about the joys of fatherhood and his hopes for his son. Many of his hopes stem from the challenges he faced while growing up in America, from navigating cultural differences to replanting the seeds sown by societal expectations to embracing his Asian-ness and 'whole' self.

Timid Magazine: Before we get started, I just want to congratulate you on the birth of your son.

Yoshi Sudarso: Thank you! I appreciate that.

TM: So, how has fatherhood been for you?

YS: It's been amazing. My wife is a frickin trooper! She's a warrior. In a way, the pandemic was a blessing in disguise because we found out she was pregnant right before all the lockdowns, and everything got canceled. In a sense, it was horrible, but at the same time, I got to be home for the entire pregnancy. I saw everything that she had to go through. I asked her to be honest with me because I wanted to know what's going on. My wife likes to hold everything in, and I didn't want that. Even the slightest thing I wanted to know about. Being there for the pregnancy, the birth, and just being with my son shifted my focus and energy. For the first three months of his life, every single day, I saw every little change. They change so much when they're that age. So I'm glad I got to be home.

TM: You mentioned after having a kid, it shifted your energy and focus. Can you tell me more about this shift?

YS: I guess it shifted the way I see things and why I want to do what I do. Like, I never had to think about this because I'm full Asian, but it made me think about the experiences of being half Asian like my son. A lot of my friends who are half Asian said they had it hard, whereas growing up, I wish I was half. It was a stupid mindset that I had. If you're white, it's better. It's so stupid. Then again, it's the ideals ingrained in our brain by our parents, culture, and society.

I am going to have to talk to my son about that. It's not that he is only half, but he's mixed with many other ethnicities because my wife is. She's half Mexican and half of various other Western European countries. My son is going to look different than his peers. It's something that I have to think about. He is going to be way more American than I was because I wasn't born here. I will try to teach him to speak in our native tongue, but I don't know how well that will work because I don't have someone to bounce back and forth with. That's been my focus more lately. It isn't about me anymore. In my career, I always wanted to push for and give back to the Asian community. But for my son, that community has broadened, which is a weird thing to think about. 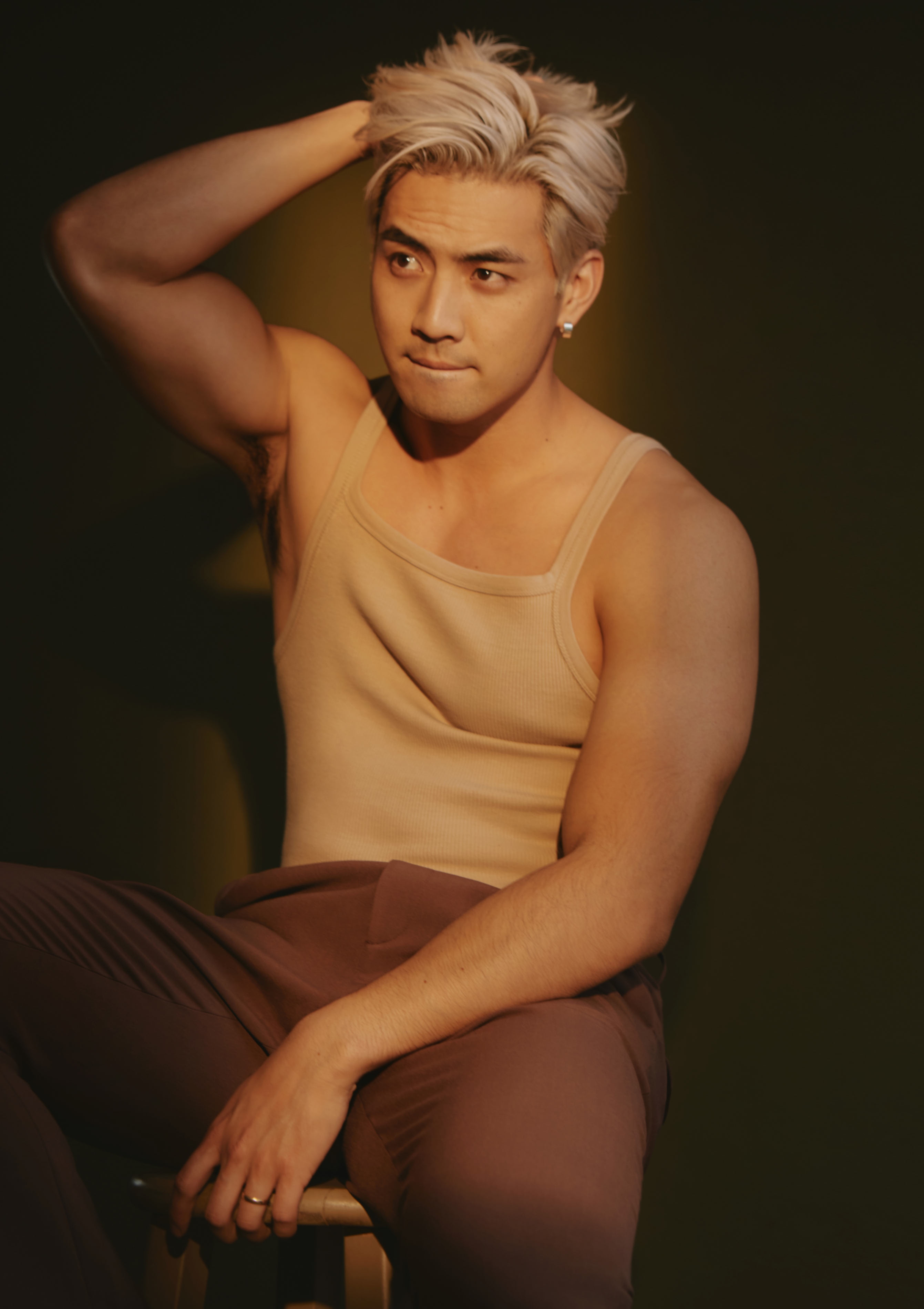 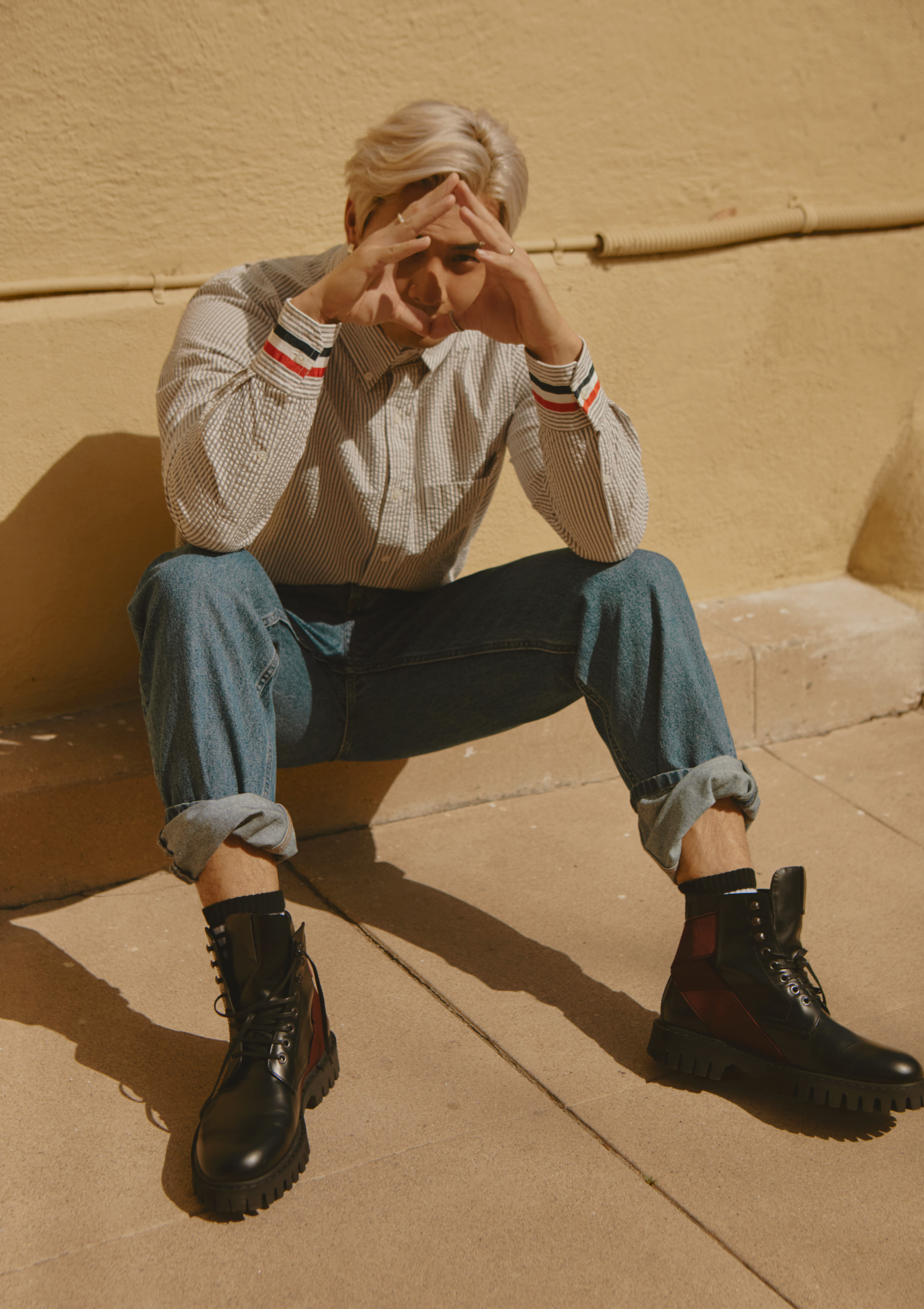 TM: In one of your past interviews, you've mentioned "pushing away your Asian-ness to fit in better." How did you learn to embrace your whole self?

YS: I didn't do it very well. It took me until I was 20 to 23 years old before I felt that way. It's still something that I'm learning. I didn't try to relearn my language until I was about 25 to 26 years old, and that only happened because I booked a movie in Indonesia. Not many people have that experience. It wasn't just something like, “I'm gonna do this one day!” It was like, "Oh, I should know my language." It's such a funny thing because that was something I pushed away. I was like, "No, I will not speak this language because I am going to speak fluent English."

I'm not one of those guys who grew up in a white community. When I first came to America, I was lucky that I went to a city that was predominantly Asian. But even there, I was darker, I was Southeast Asian, my food was different. There were not a lot of Indonesians in my community. We had four Indonesians in our whole school who were super Americanized. They didn't speak the language even if I tried to speak it, so I didn't connect with them.

Another thing is that I really loved anime, but even in this predominantly Asian school, I was the minority. People would tell me, "You're so Asian," as an insult. I remember that happening a lot. Then your mindset gets built around words like that. It's how things get created by these little seeds that keep poking poking poking.

I had to shift my mentality. What sparked it was going back to my home country. I'll be honest...I was scared to go back because I hadn't gone back since I was nine. My perception of Indonesia was foreign, and that was scary. The first couple of times I went back, I didn't open my heart to it. I would go there and just stay in restaurants. I didn't want to go out into the streets and fully let myself reassimilate. The biggest part for me was opening up my heart to that possibility.

TM: As an Asian American, there are different tensions of "otherness." Often, you're treated as a foreigner in both America and in your home or birth country. How did you deal with these dynamic tensions?

YS: When I was in Indonesia, at first, it was cool because I'm taller than the average man, and it garnered a lot of attention. I felt popular and my ego was stroked, but at the same time I felt that nobody wants to hang out or talk with me because I'm so different. That was something that I talked about with my co-stars. When I first went out there, I was afraid that they would be jerks because they are megastars in Indonesia while I was this new guy who came out of nowhere. That was not the case. The guy who played my brother in the show was really like an older brother to me. He took me to places and drove me around. He had a similar experience to me. He moved to New Zealand when he was young and then came back. So he understood me.

My love interest in the film said, "I didn't realize you didn't speak Indo that well, but let's hang out, and I'll keep practicing with you." All of them were so kind. The funny thing is that they thought I was going to be a stuck-up Hollywood actor, so they were glad I wasn't a jerk. So we each had a perception of one another. Until you sit down and have that moment, you're always going to perceive each other in a certain way because our mindsets are so different. It takes one person or two to sit down and break those boundaries. Otherwise, it's never really going to happen because everyone creates these instances in their heads and believes that to be the truth. 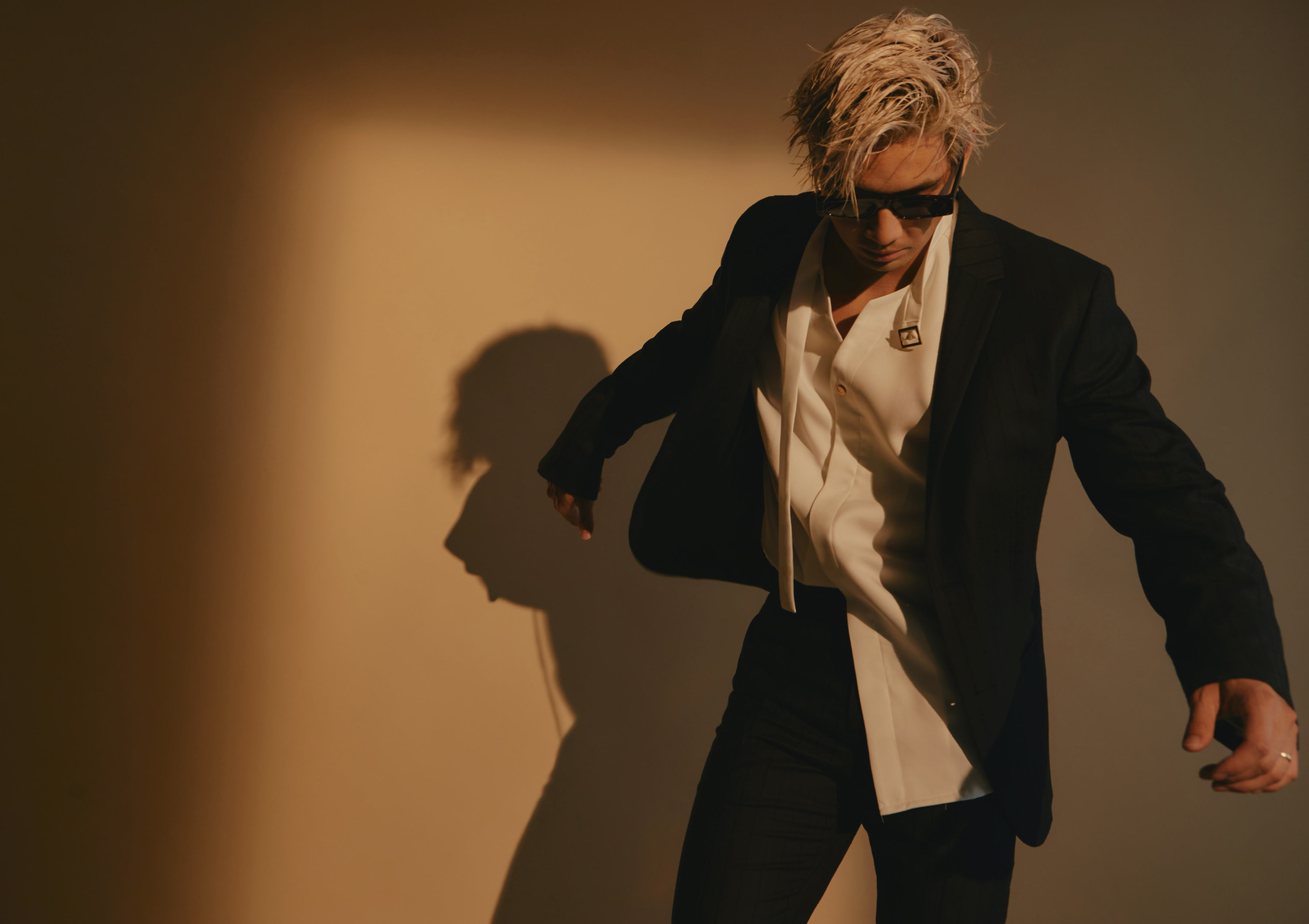 TM: Being the token Asian is something that we hear about often. How can Hollywood move beyond diversity checkboxes and better represent our stories?

YS: So, I think the best way to answer this is that we need more people in the industry that are Asian. If we leave it up to non-Asian creators, they are going to be checking off those boxes.

Right now, we're starting to get Asian writers, but it's going to take time. We need people behind the scenes that are fighting for us.

TM: Thinking back on your past experiences, what do you hope your son will learn from you?

YS: Man... that's a loaded question. Honestly, I hope my son can learn from my experiences to not get in those moments of stupidity. Those walls and ego we build. I feel stupid when I look back on my past self and think, "you were a kind of a jerk" or "why would you think that way?" Unfortunately, he's going to have to experience those things for himself. He's going to have to feel the hurt because otherwise, he won't truly learn. It's hard to learn from somebody else's experience.

The biggest thing for me, as an actor, is my community, but it didn't start that way. When I first started out, I would get these backhanded compliments -- "Oh, you're our token Asian guy." "Oh, you're so tall for an Asian guy." "Oh, you're good-looking for an Asian guy." Initially, I noticed that I'm the only Asian guy on set and thought that was awesome. That meant that I booked it over everybody else. Later on, I thought, "why am I saying thank you for this insult? Why am I not tall for me?" These were the seeds that were planted in my head for a while.

Now my mindset has shifted in the sense that we look out for one another. Whenever we go to an audition, we're rooting for one another, and that's the community we've built. That's something that I had to mentally break down. It's better than me succeeding alone. We can't change the entertainment industry alone. We need each other. 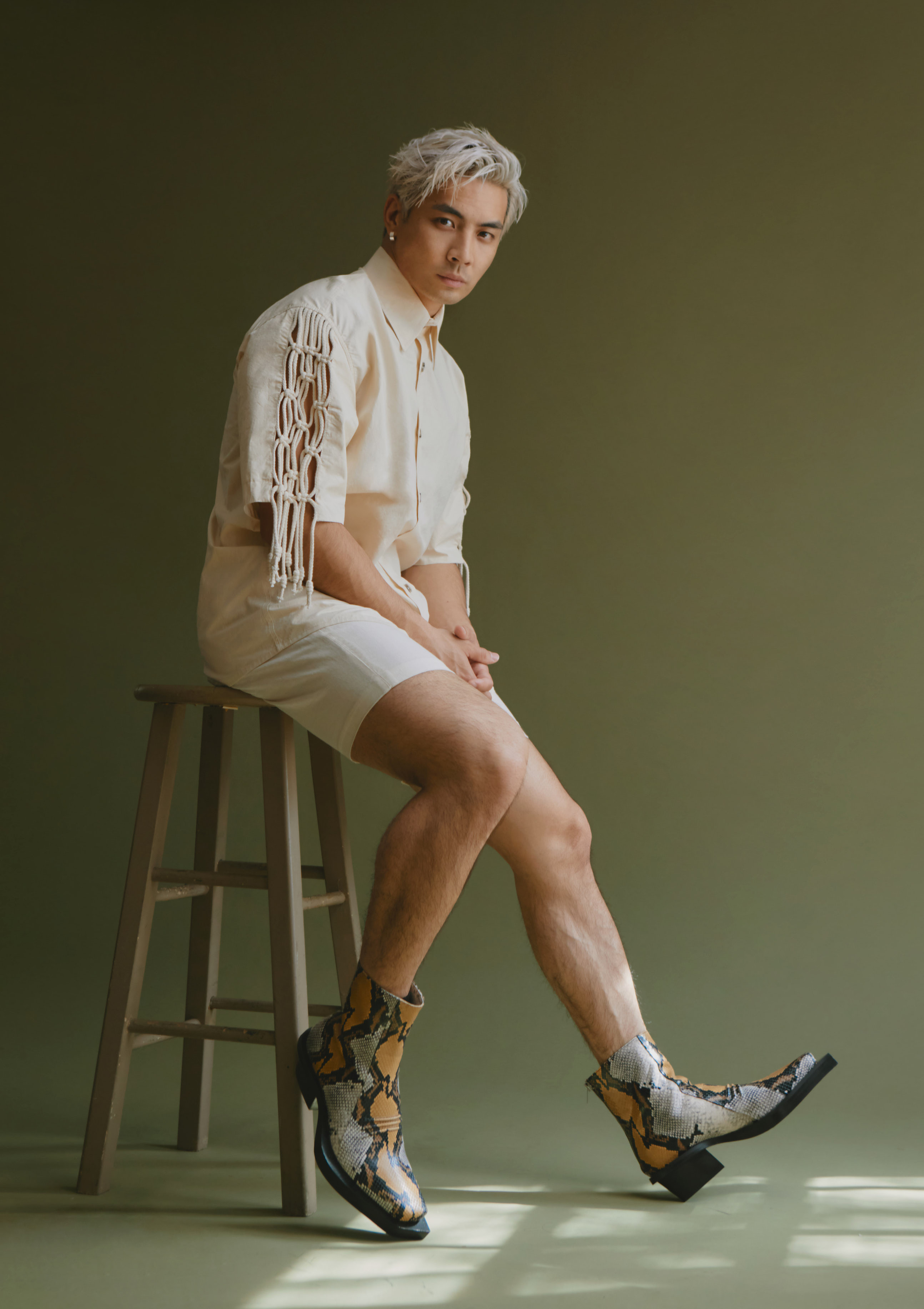 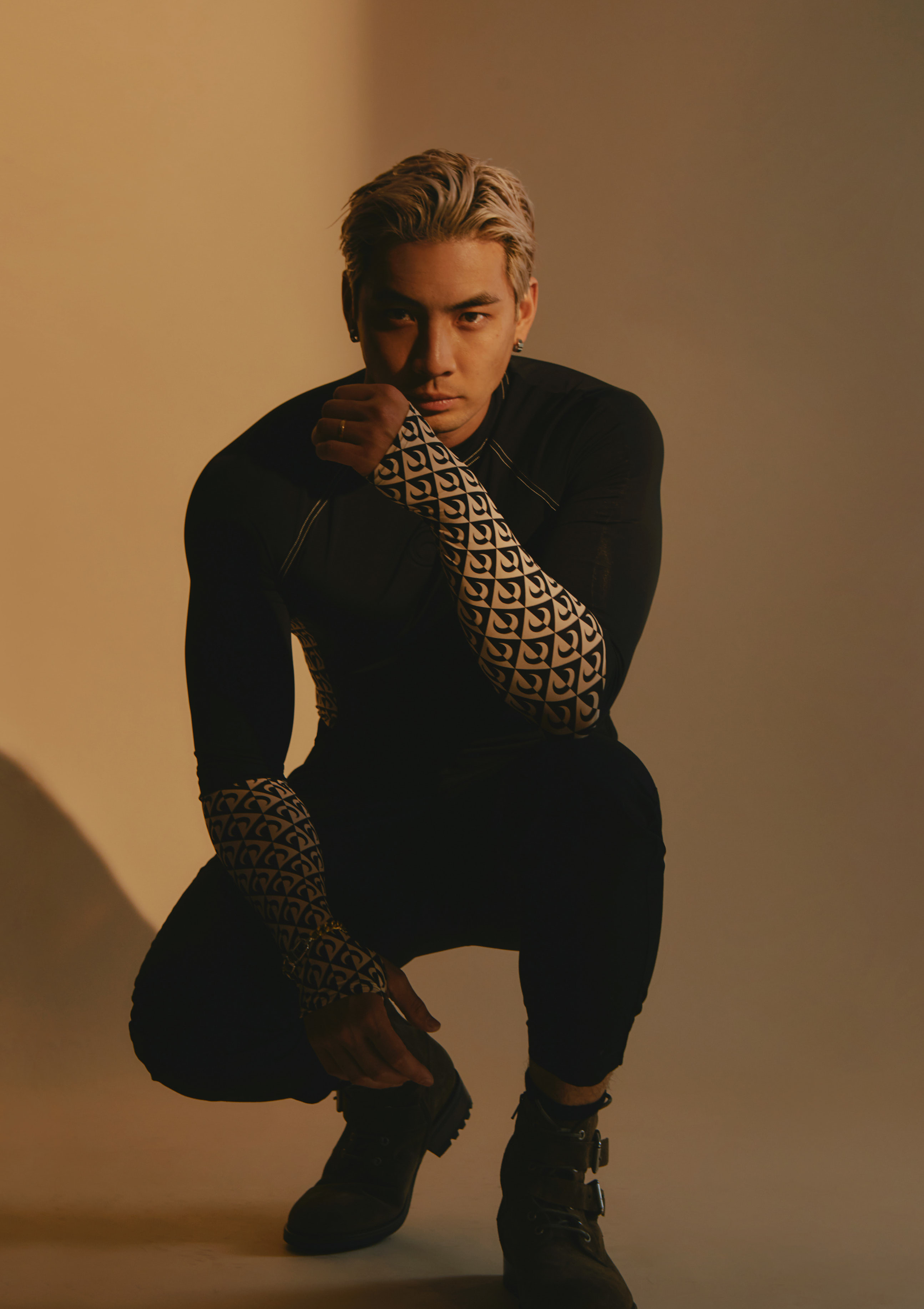